13 unlucky players whose injuries kept them from World Cup glory 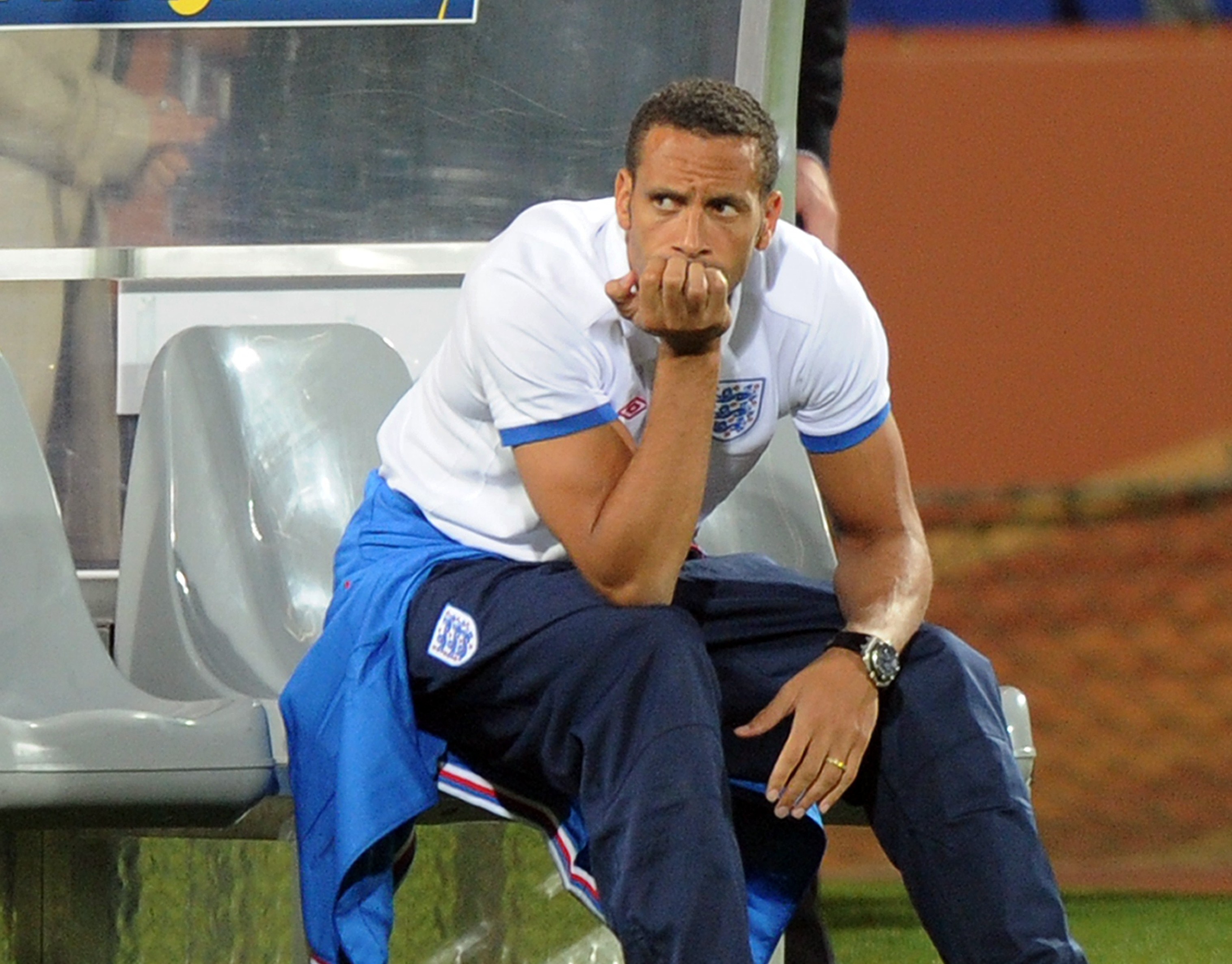 1) Rio Ferdinand
Defender, England
A knee injury sustained in training meant England’s captain had to pass the armband on to Steven Gerrard for the whole of the tournament. Ferdinand’s leadership from the back, and the fact that England have had to pass the captaincy on twice in recent months, may have unsettled a team that looked listless from the get-go. Rio’s defensive presence wasn’t missed in the group matches—England only allowed one goal in the three games—and Matthew Upson covered well. But the four goals allowed against Germany exposed England’s defensive weakness, and showed just how much the Manchester United centre—half was missed. 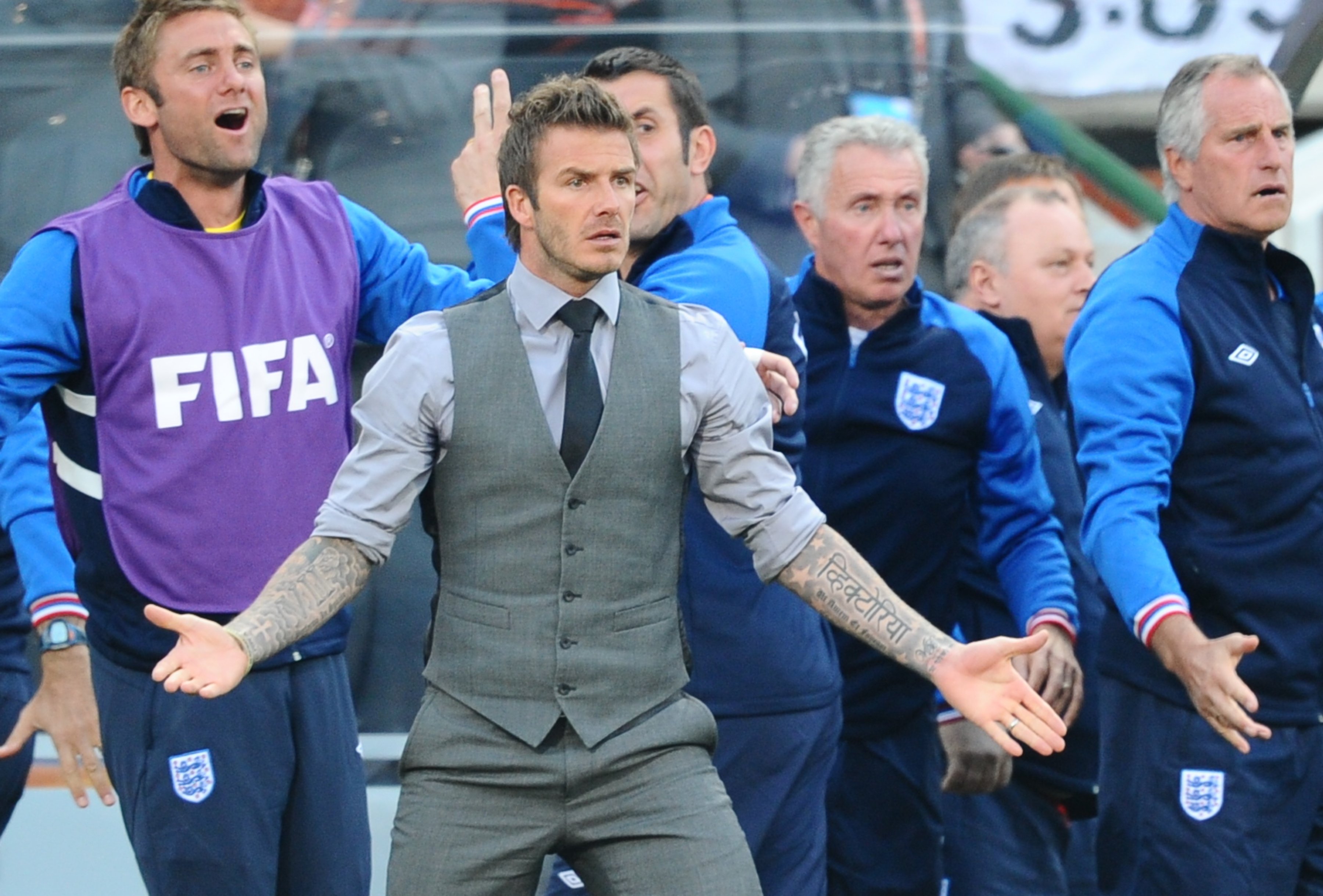 2) David Beckham
Midfielder, England
Formerly the golden boy of international soccer, now the elder statesman of the England set-up, Beckham missed his chance to end his international career in a blaze of World Cup glory, rupturing his Achilles while playing for AC Milan in March. England manager Fabio Capello wisely decided that, while Beckham couldn’t play, the veteran midfielder could come to South Africa as a non-playing member of the team. It was a shrewd move that allows the England players the benefit of Beckham’s experience, wisdom and sheer presence, and solved a selection problem in the overcrowded right of midfield. 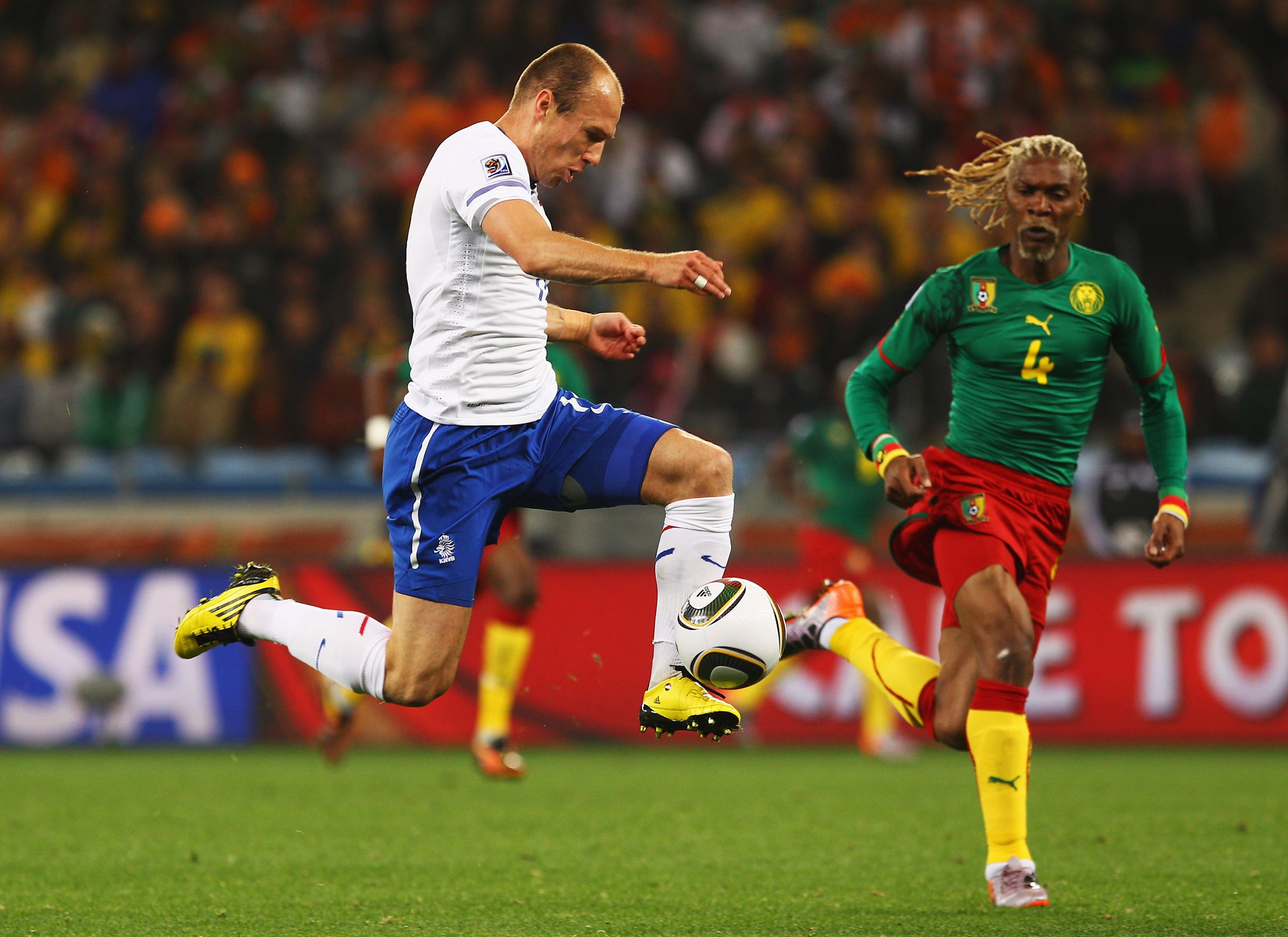 Arjen Robben of the Netherlands

3) Arjen Robben
Midfielder, Netherlands
Another superstar to go down in a pre-tournament warm-up, Robben twanged a hamstring against Hungary just days before leaving for South Africa. The Dutch master would have to watch from the sidelines as the Netherlands won their first two matches. While those wins were enough to see the Oranje through to the next round, without Robben’s wily presence stirring things up in the midfield, the side lacked the dominance they had in qualifiers. Robben returned in the win against Cameroon, and picked up his glittering form against Slovakia in the round of 16. If his hamstring can hold, the Dutch will be very hard to beat indeed. 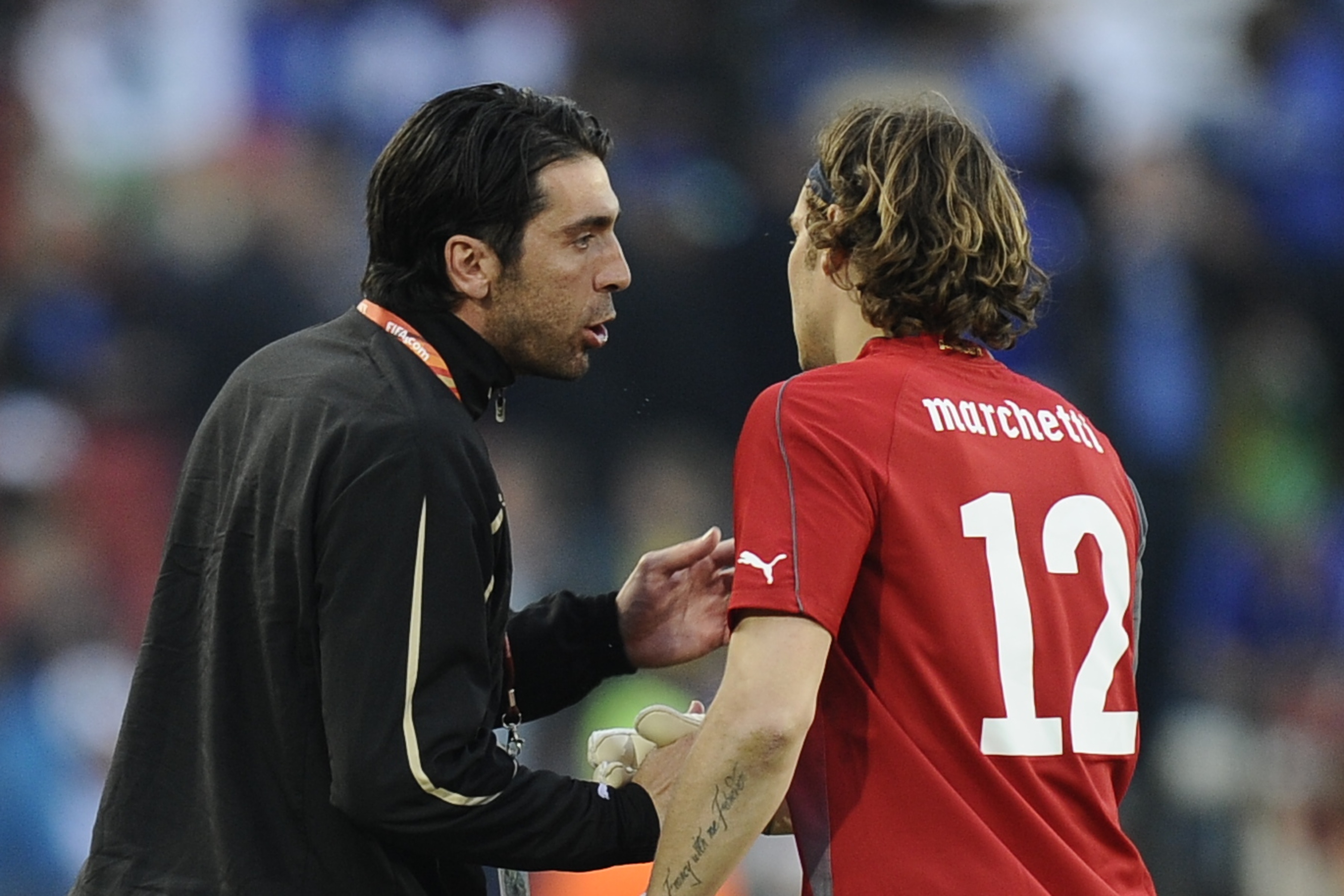 4) Gianluigi Buffon
Goalkeeper, Italy
Frederico Marchetti is one of only a few keepers not to have let in a howler in the opening round, so Italy’s shocking failure to advance can’t blamed on the absence of their number one. Whether the Italian team’s confidence was rattled by not having the rock-solid Gigi behind them is another matter, but it looks like Italy’s problems extend far beyond Buffon’s lower back. 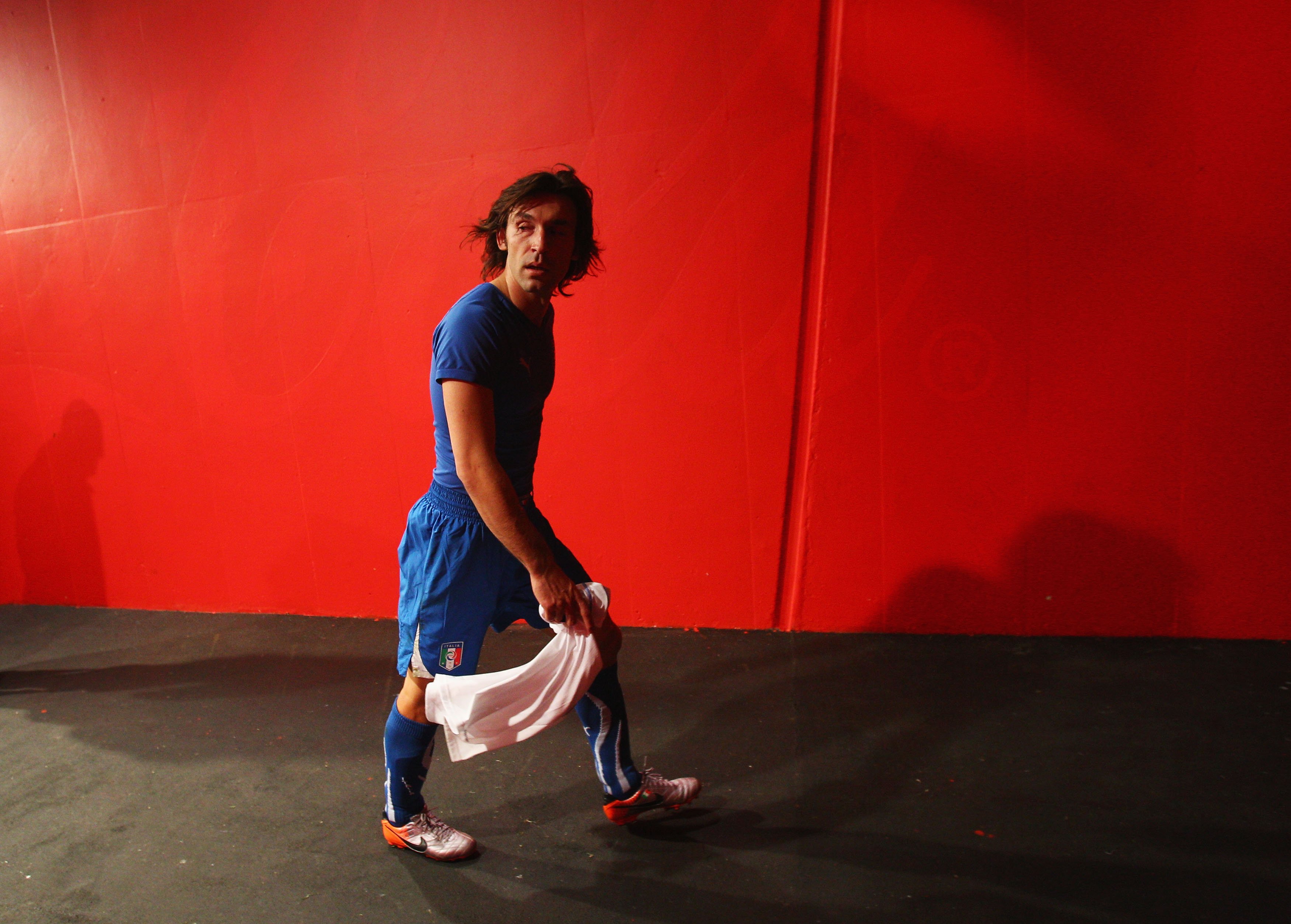 5) Andrea Pirlo
Midfielder, Italy
A calf injury sustained in a warm-up loss against Mexico kept Pirlo out of all but the desperate last half hour of Italy’s doomed World Cup campaign. The talismanic midfielder was key to Italy’s triumph in 2006, and without his playmaking every door in South Africa seemed locked. Coming on in the 55th minute against Slovakia gave the Azzurri a new edge, and they came within a whisker of qualifying. Italy’s problems ran deep in South Africa, but were Pirlo fit from the start Group F’s final standings may have looked very different. 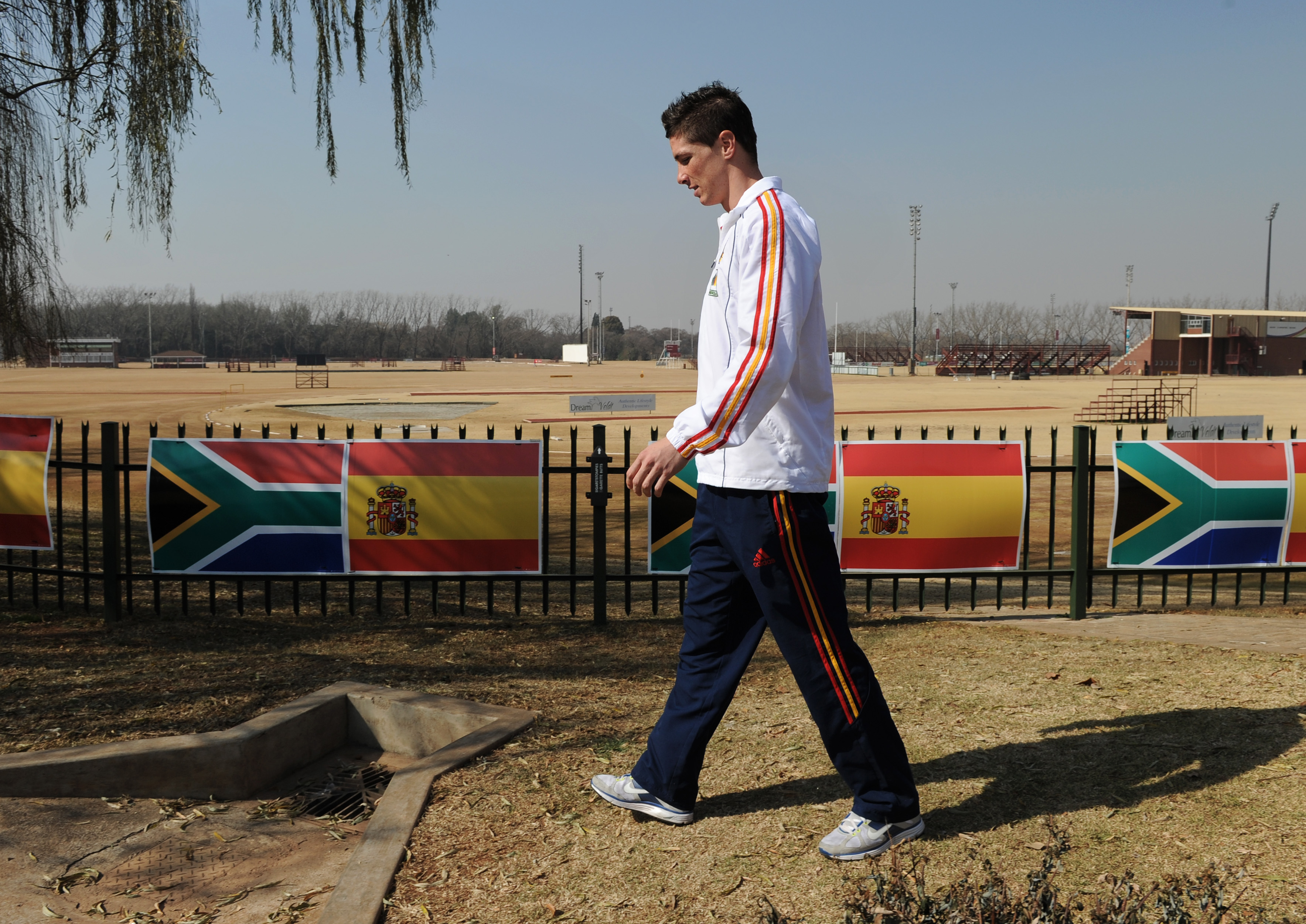 6) Fernando Torres
Striker, Spain
After an injury-plagued club season with Liverpool, Torres wasn’t fully recovered from knee surgery at the start of the World Cup. El Niño looked rusty and not quite match fit when he came on in the 61st minute of first match to solve the Swiss defence. One moment in particular summed up Torres’ predicament: a perfect pass that a healthy Torres would have gobbled up and slammed home, but he lacked fitness and form, and his first touch sent the ball out of play. The Swiss defended well, but one can’t help think that Torres could have tipped the balance for Spain. 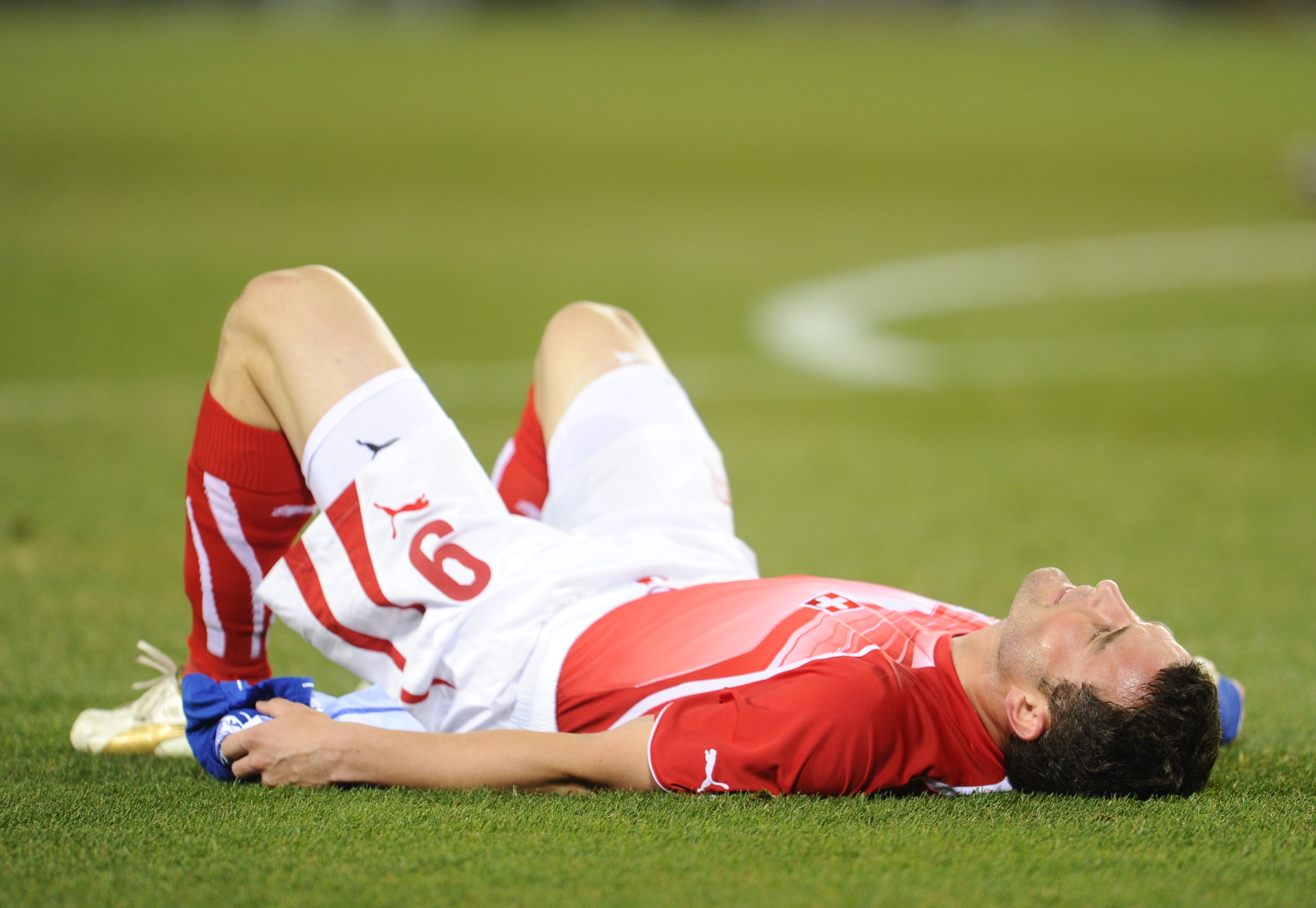 7) Alexander Frei
Forward, Switzerland
Switzerland’s all-time leading scorer and captain injured his ankle in the last warm-up match before flying out to South Africa (a familiar story, it seems). His scoring prowess was unneeded in the shock win against Spain, and all seemed well when he started against Chile. The substitution after Valon Behrami’s red card might just have covered Frei’s inability to overcome the injury: he didn’t start in the crucial next match against Honduras. Eventually coming in during the final push, a rusty-looking Frei wasted a golden chance to get the goal the Swiss desperately needed. For a team that relies so heavily on staunch defence and pouncing on the counterattack, the absence of their most lethal attacker was just too much to cope with. 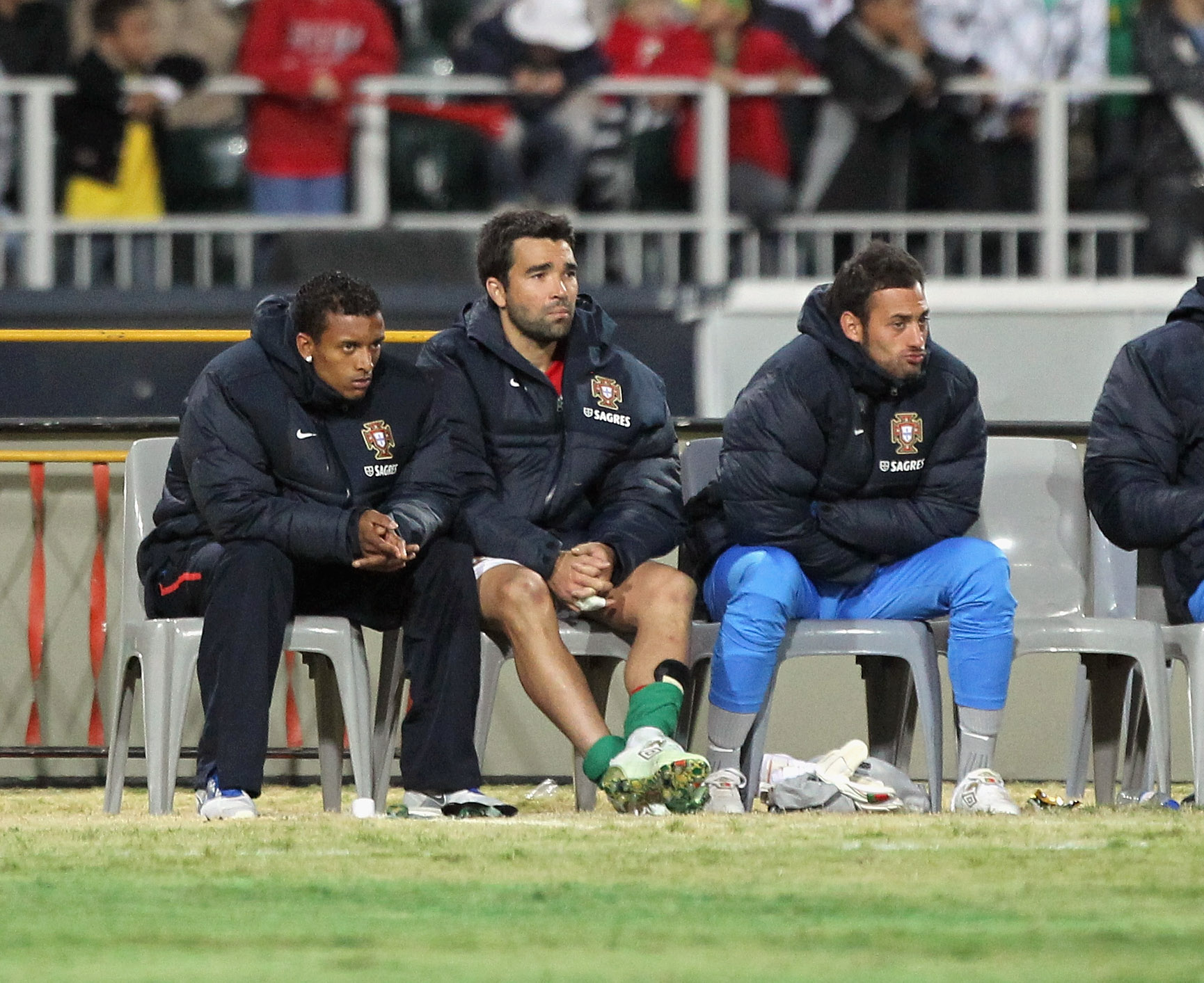 8) Nani
Forward, Portugal
Portugal’s lead striker gets the award for perhaps the most frustrating injury, having hurt his shoulder trying a fancy overhead kick in pre-tournament training. Don’t let the seven-goal glut against North Korea fool you: Portugal’s defence is their biggest asset right now. Failing to score against Cote D’Ivoire and Brazil—the quality of opposition they’ll be facing from here on out—demonstrates just how much they could miss the finishing of the Manchester United man. 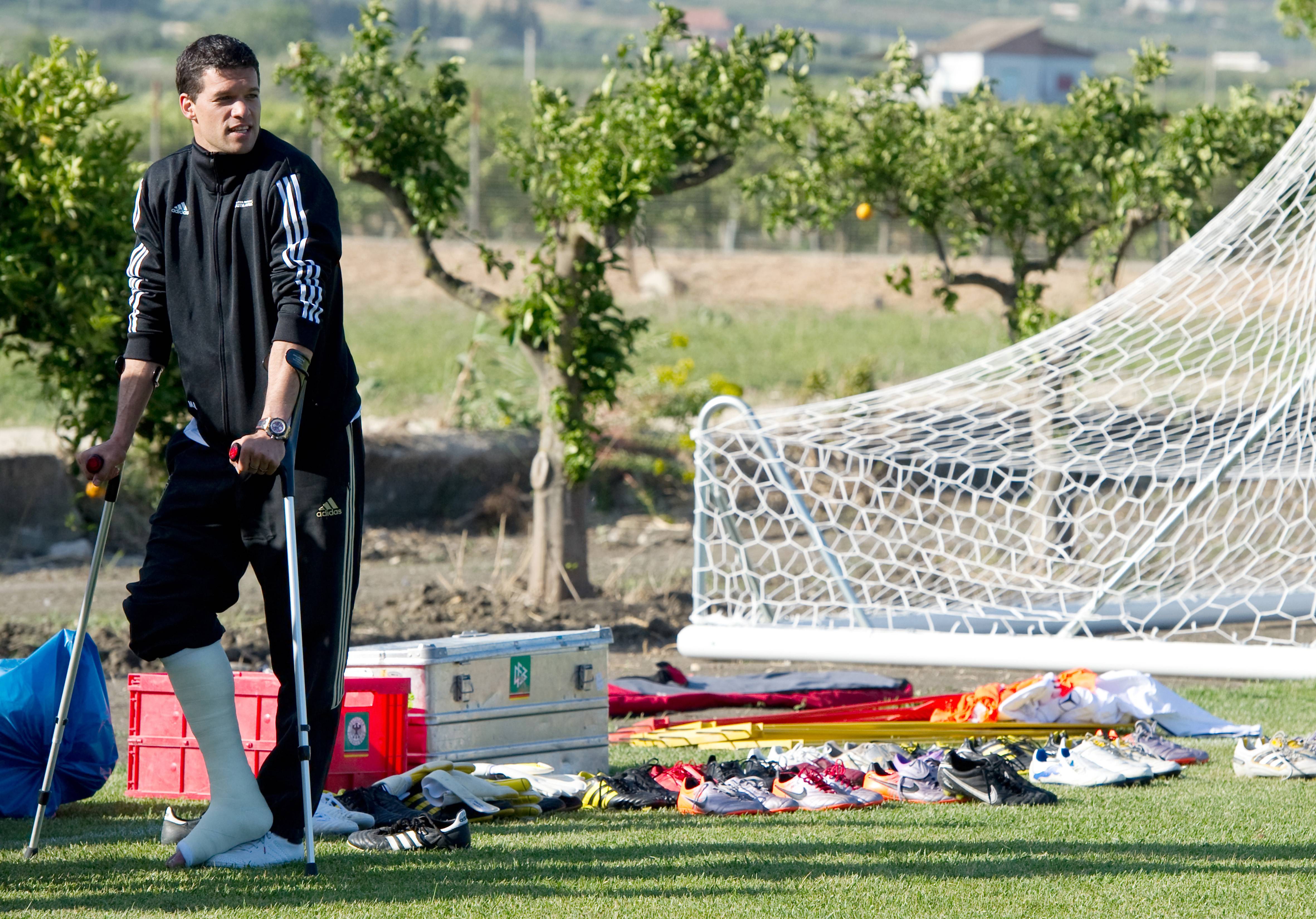 9) Michael Ballack
Midfielder, Germany
A juicy side story saw German captain Ballack ruled out of the tournament by Kevin Prince Boateng at England’s FA Cup final. Boateng, a German-born midfielder whose brother is on the German squad, himself plays for Germany’s Group D opponents Ghana. How does Germany look with out Ballack? Well, pretty good: the suddenly younger-looking side powered past Australia, and handled Ghana. While Ballack’s presence could have helped avoid the shock loss to Serbia, Germany went on to enjoy a thorough dismantling of rivals England, and it’s looking like Germany is loving life without “the Little Kaiser.” 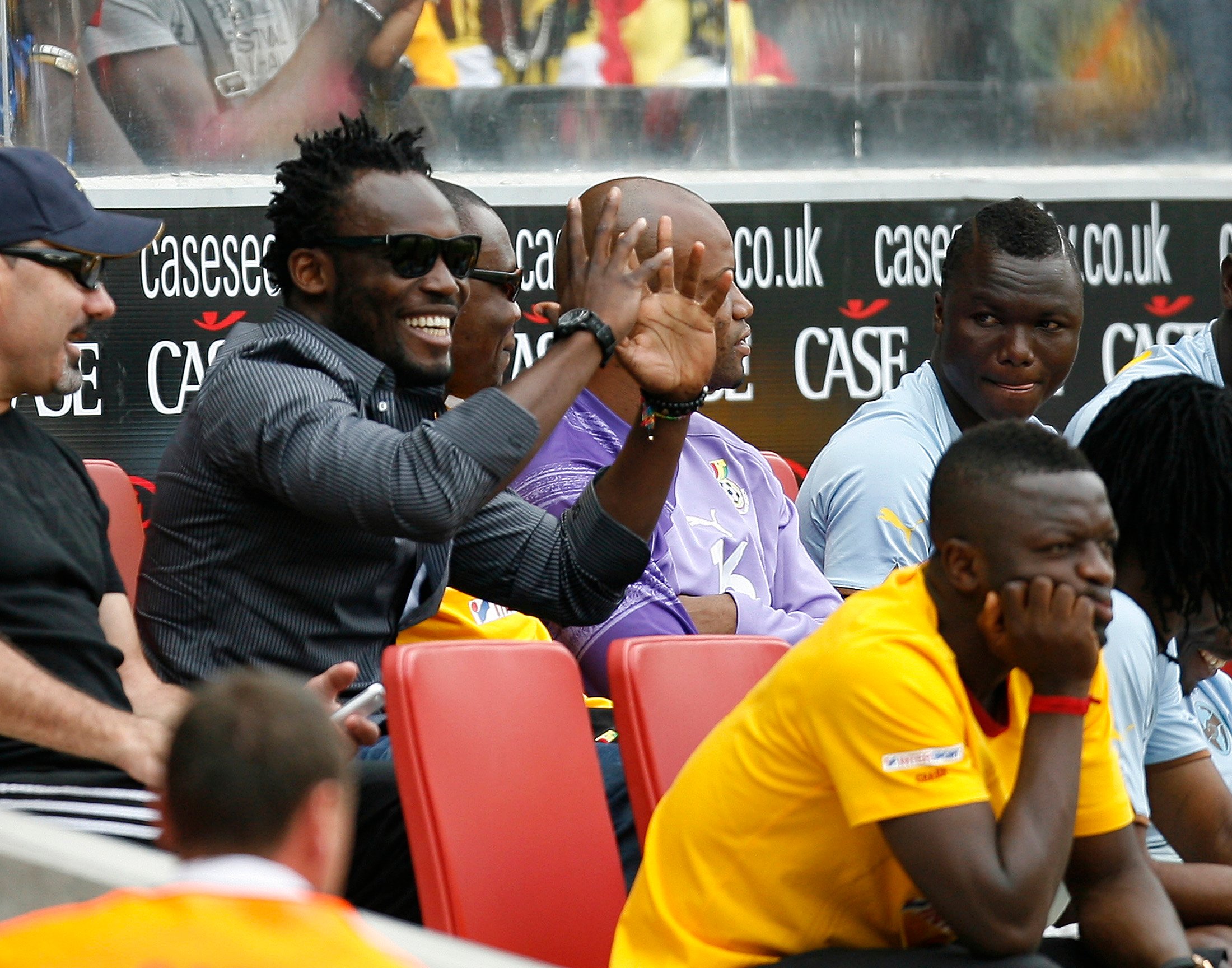 10) Michael Essien
Midfielder, Ghana
Arguably Ghana’s best player, Essien’s injury back in January (training with Ghana for the African Cup of Nations, no less) has lingered, keeping him out of action at Chelsea and eventually ruling him out of the World Cup. It seemed a disaster for the Black Stars, but their strong midfield has held together, with young Andre Ayew filing in ably. The only African team still in the tournament, Ghana will certainly miss Essien, but if Asamoah Gyan keeps firing up front, they’ll have high hopes. 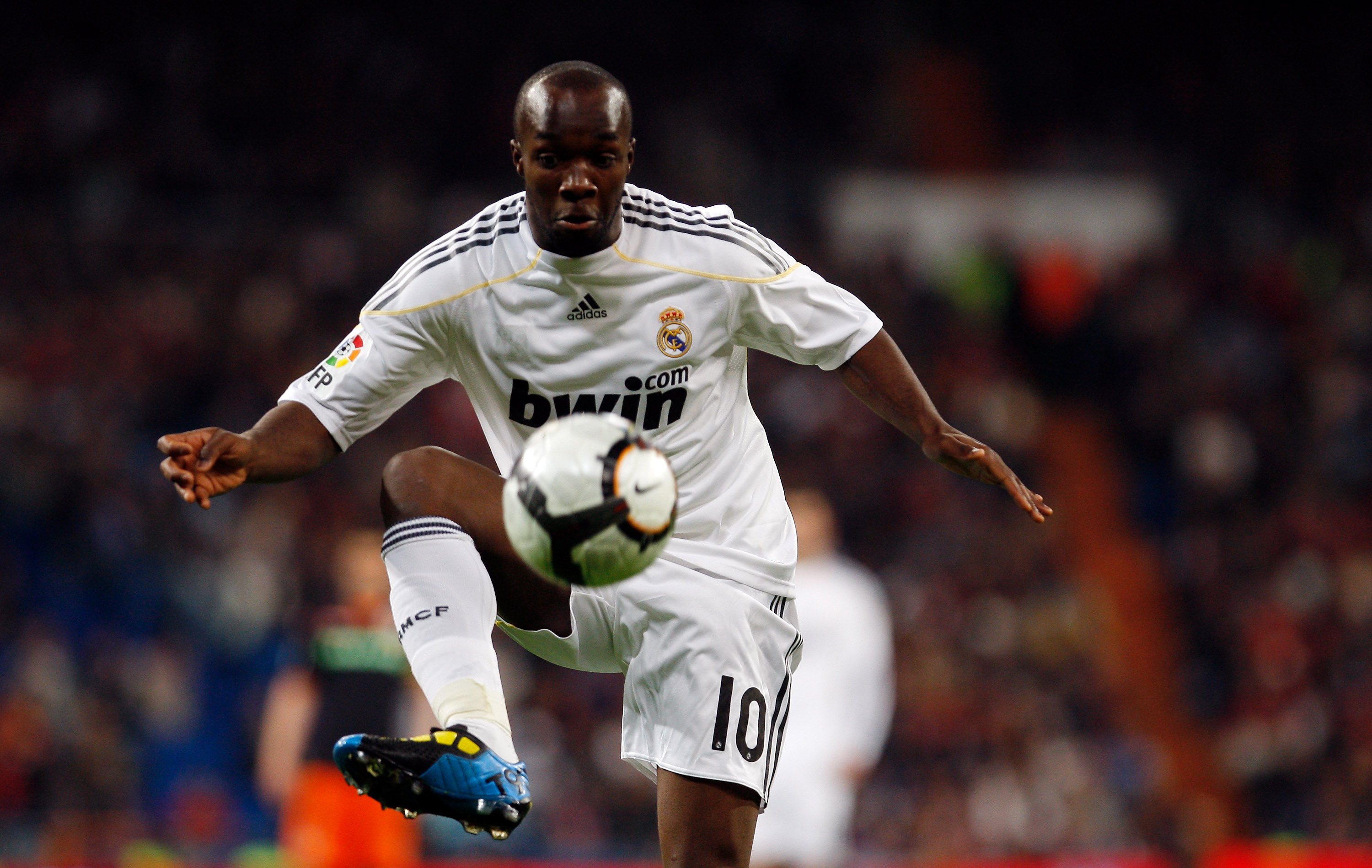 11) Lassana Diarra
Midfielder, France
Injury difficulties were the least of France’s worries as the team imploded under the weight of egos, infighting and insurrection. Diarra is a strong ball-winner, and could certainly have been used by a French team that always looked a bit weak and unmotivated in the middle. But still, the French revolution against coach Raymond Domenech showed that Les Bleus were suffering from troubles with personality, not personnel. 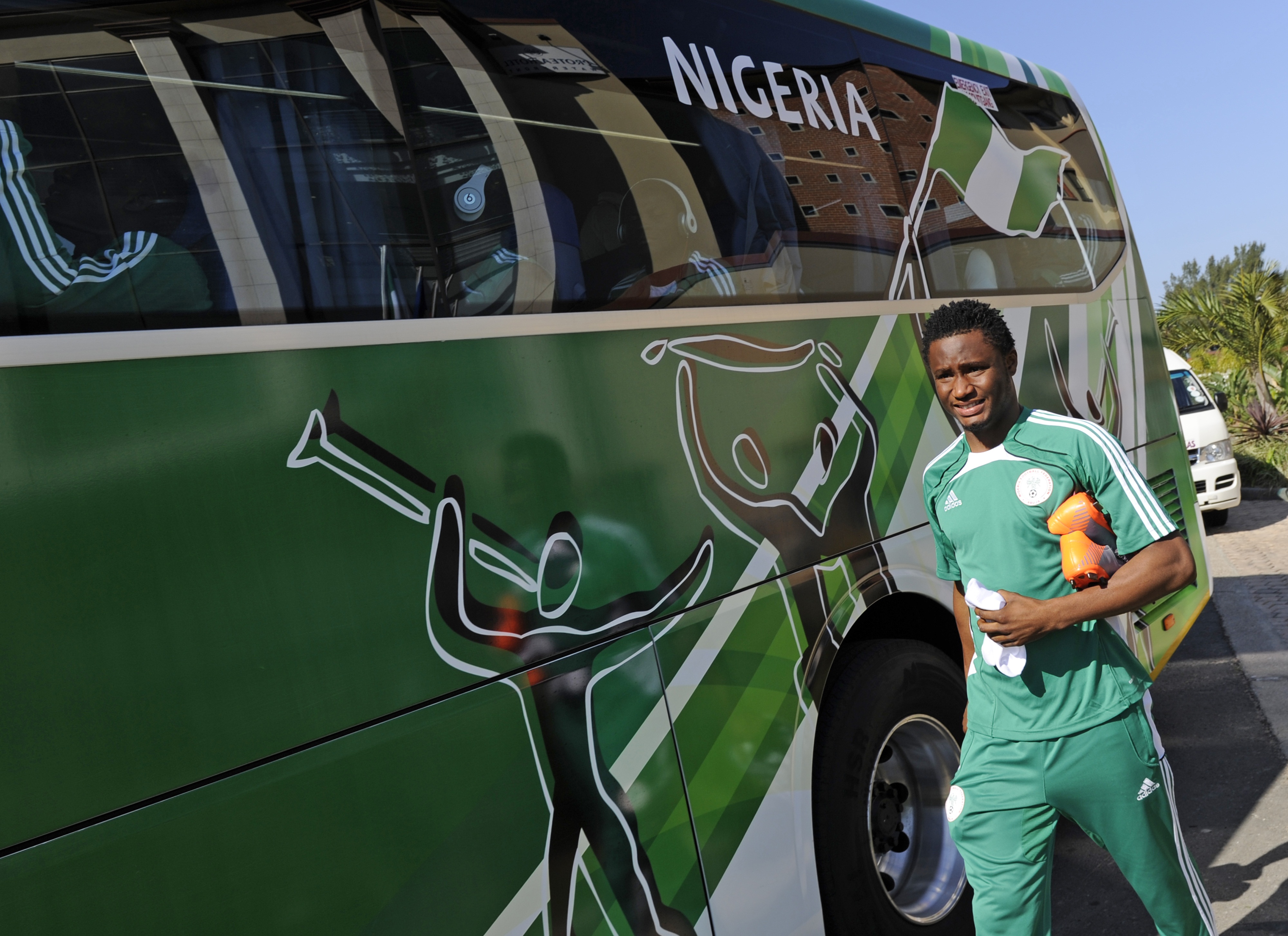 12) John Obi Mikel
Midfielder, Nigeria
Lingering problems from relatively minor knee surgery prompted John Obi Mikel to rule himself out of the tournament. Was it a lack of dedication, or a noble sacrifice? That’s hard to say, but the loss was a huge blow to Nigerian chances, and the Super Eagles couldn’t overcome it. A credible game against Argentina was spoiled by an agonizing loss to Greece in which Nigeria let both a one-goal advantage and their discipline slip away. The captain’s steadying influence and midfield quality was sorely needed. A better effort against Korea suffered from another wasted lead. It’s impossible to say whether Obi Mikel’s presence would been enough to snatch the goal that would get Nigeria to round of sixteen. But it certainly would have helped. 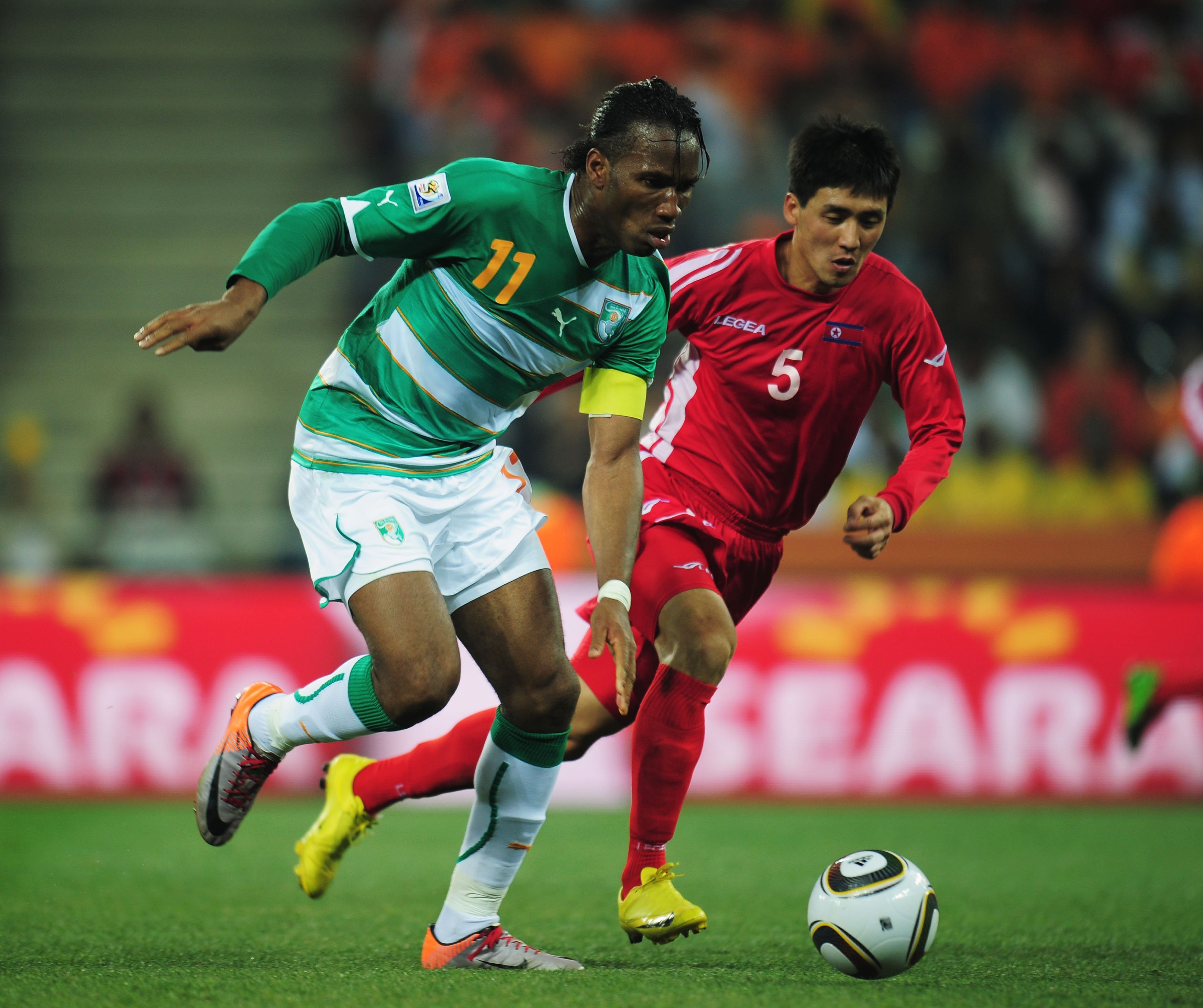 13) Didier Drogba
Striker, Cote D’Ivoire
2009’s African Footballer of the Year was expected to play a huge role in this World Cup, but a broken elbow sustained in a warm-up match against Japan threatened to put him out. After successful surgery—and FIFA’s OK to play with a cast on—Drogba sat out most of the opening match against Portugal, which Les Éléphants needed to win. Drogba came on after 66 minutes, but wasn’t his usual, powerful self, missing the kind of chance to break the deadlock that is usually his bread and butter. Brazil proved too strong all around for the Cote D’Ivoire in the second match, and by the final match, not even Drogba could drive a rally to overcome the nine-goal deficit standing in the way of knockout round. In the end, not having Drogba to lead the line against Portugal was the beginning of the end for the team many saw as Africa’s greatest hope.

James Doyle writes for Some Canadian Guys Writing About Soccer, which takes a passionate (and often irreverent) look at the Canadian soccer scene, major international tournaments and all sorts of odds and ends related to the beautiful game.