The Iranian election by the numbers

The race is on to prove Iran's election was fixed 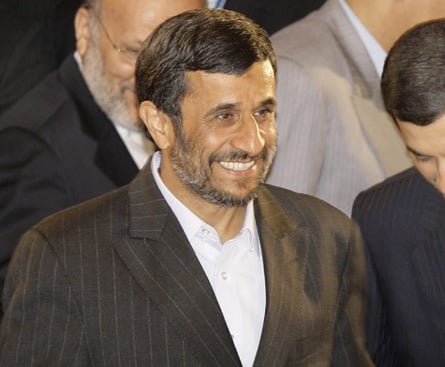 It’s the claim most central to the ongoing protests in Iran: last Friday’s election was stolen, rigged by authorities sympathetic to Mahmoud Ahmadinejad in order to give the conservative a victory over the reformist Mir Hosein Mousavi. Since the protests began, academics, mainstream news outlets and bloggers have all been racing to prove—and, in rare cases, disprove—the pro-Mousavi camp’s claim that Ahmadinejad didn’t win the election.

The official line that Ahmadinejad scoring a landslide victory with nearly double Mousavi’s share of the popular vote (63 per cent to 34 per cent) is starting to show cracks. Turnouts breaking the 100 per cent mark were apparently recorded in at least 30 towns, while some 200 districts recorded a near-impossible turnout of more than 95 per cent. Elsewhere, like in Mousavi’s hometown of Tabriz, there were unexpected and wholesale shifts of allegiances. Ahmadinejad is said to have taken 57 per cent of the vote in Tabriz, for example—an unlikely turn of events according to Juan Cole, the author of Engaging the Muslim World and a professor of history at the University of Michigan, because Azeris have in the past “voted disproportionately for even minor presidential candidates who hailed from that province.”

In the past week, an alternate set of figures, purportedly from insiders at Iran’s Ministry of the Interior, has been circulating on the Internet. If true, it shows that a runoff vote should have been held this Friday between Mousavi and Mehdi Karroubi. The figures show Mousavi capturing 45 per cent of the vote to Karroubi’s 32 per cent, both of them well ahead of Ahmadinejad, who finished a distant third with 14 per cent of the vote. There is, of course, no proof that these figures are more believable than the official results. But, at the very least, the fact there’s another set of numbers out there raises even more questions.

Walter Mebane, an expert on electoral fraud at the University of Michigan, analyzed the official district-level numbers provided by the Ministry of the Interior shortly after they became available. Mebane devised a model that assumed Ahmadinejad’s would be strong in areas that supported him in the 2005 election, while areas with a surge in turnout in 2009 would likely lean toward opposition candidates. (The latter assumption is based on the fact reformists called for a boycott of the 2005 elections.) Turns out, more than half the 320 towns Mebane analyzed showed results that were inconsistent with the model. And more often than not, Ahmadinejad did better than expected while Mousavi performed consistently worse. The fact there were so many deviations from the model, Mebane concluded, is more consistent “with the idea that there was widespread fraud than with the idea that all the departures from the model are benign.”

Nate Silver, one of the statistical wunderkinds behind FiveThirtyEight.com, opted to work backwards in an effort to explain the electoral results—that is, to trace back how Ahmadinejad ended up with the support Iranian authorities claim he earned. Under Silver’s model, Ahmadinejad appears to have picked up the lion’s share of the votes that went to Ali Larijani and Mohammad Baqer Qalibaf in 2005, and retained much of the support he earned four years ago. None of this should come as a surprise—like Ahmadinejad, both Larijani and Qalibaf are conservatives. However, the official numbers show a dramatic shift in support from Karroubi to Ahmadinejad, which raises a few red flags for Silver.

First off, Karroubi appears to have retained a surprisingly meagre five per cent of his own support between 2005 and 2009. Secondly, Karroubi was widely considered to be the most liberal candidate on the ballot. It seems unlikely that his supporters became staunch conservatives in the four years since Ahmadinejad first came to power. And yet, the official results suggest that’s exactly what happened.

The Iranian president won every single province Karroubi captured in 2005—and with a 66 per cent share of the combined vote in those regions to boot, three points higher than his share of the overall vote. Ahmadinejad was even reported to have won in Karroubi’s home province of Lorestan with 71 per cent of the vote. “If Ahmadinejad won the election, he did it by winning over these rural Karrobui voters,” Silver wrote. “And if he stole it, those were the votes he stole or intimidated.” A massive ideological shift by some of Iran’s most formerly liberal elements is the only way to explain Ahmadinejad’s victory, according to Silver. “This is Mahmoud Ahmadinejad’s story,” he wrote, “and we’re guessing that he’s sticking to it.”

The most widely-cited rebuttal to the reformists’ claim that the election was stolen came from the pages of the Washington Post. Ken Ballen and Patrick Doherty argue the election results were correctly predicted by a pre-election poll taken three weeks before the vote. According to the survey by Terror Free Tomorrow, a think tank for which Ballen serves as president, support for Ahmadinejad was more than twice the support for Mousavi—34 per cent to 14 per cent. (Though, as the Washington Post‘s Jon Cohen points out, those figures still leave a whopping 52 per cent of voters opting for neither candidate.)

Ballen and Doherty argue that all the reasons given to prove the election was rigged doesn’t match up with their findings. Their poll showed Azeris favouring Ahmadinejad by a two-to-one margin, 18-to-24-year-olds overwhelmingly siding with Ahmadinejad, and the Internet having a negligible impact on voting patterns. Ballen and Doherty go on to warn that “allegations of fraud and electoral manipulation will serve to further isolate Iran and are likely to increase its belligerence and intransigence against the outside world,” concluding that “the reelection of President Ahmadinejad is what the Iranian people wanted.”

Iranian authorities have already announced a partial recount of last week’s results to address the 646 complaints filed by opposition candidates. But given Iranian Supreme Leader Ayatollah Ali Khamenei’s explicit recognition of Ahmadinejad’s victory, it seems unlikely to change the result. Besides, if the original figures were, as one scholar put it, “pulled out of a hat,” experts say who’s to say the results of the recount won’t be pulled from the same place.