Looking ahead to 2017 in Thailand, where national grieving will continue for a full year until a funeral pyre is completed in September 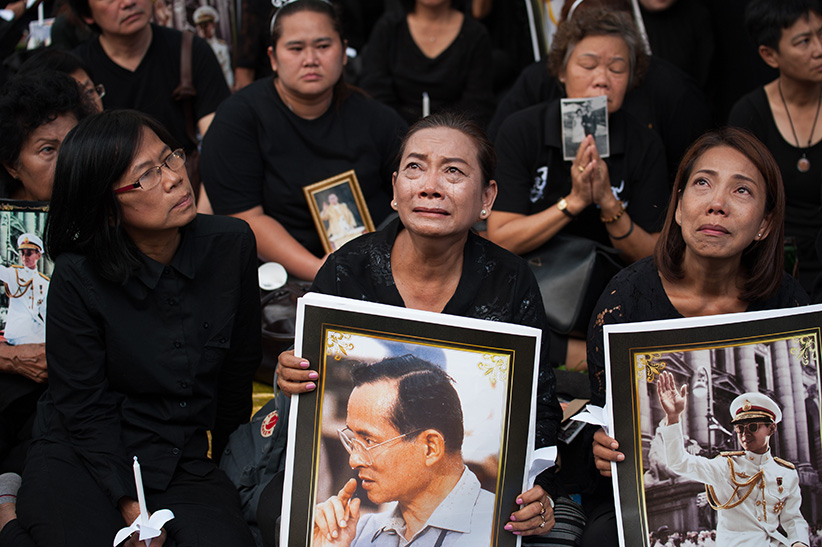 Though King Bhumibol had been ill for years, his death on Oct. 13 still hit Thailand like a thunderbolt. Theatres closed, sporting events were cancelled and huge crowds gathered outside Bangkok’s Grand Palace. Overnight, the national dress changed to the mourning colours of black and white while traders were warned not to gouge customers suddenly needing new outfits. Though “joyful” events resumed 30 days later, national grieving for the late king will continue for a full year after his death.

Bhumibol, 88, had been on the throne since 1946. He was seen as a steady hand who guided Thailand through decades of political upheaval and military coups, avoiding the civil wars and insurrections that plagued neighbouring countries.

The uncertainty after his death was heightened when his son, Crown Prince Maha Vajiralongkorn, didn’t immediately take the throne. The prince, who spent much of his life outside Thailand, most recently in Germany, said he needed time to mourn his father. Finally, on Dec. 1, he became King Rama X.

While Buddhist funeral rites are held daily for his father at the Grand Palace, the government is organizing construction of a huge funeral pyre in the square outside the palace. It’s expected to be completed in September, and an estimated 8,000 people will be involved in Bhumibol’s cremation.