The man who made Islamic State the world's most terrifying group

Adnan Khan on the rise of Islamic State, and how leader Abu Bakr al-Baghdadi went from virtual unknown to global threat 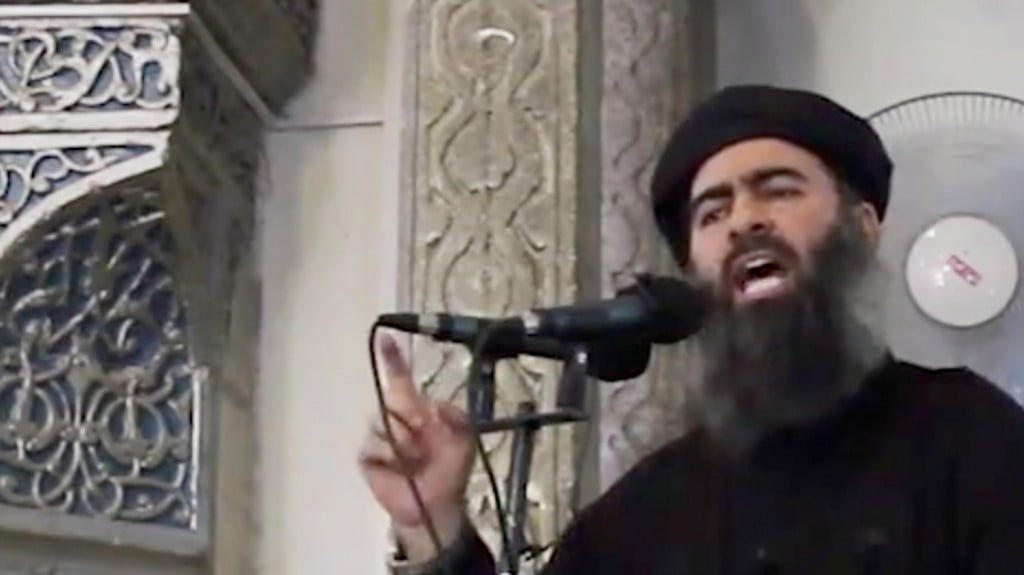 In a matter of weeks, he went from a relative unknown to the world’s most feared militant leader. A monster for the vast majority of the world, a hero for a select few, Abu Bakr al-Baghdadi became a household name this year. His ruthless organization, known by various names—ISIS, ISIL, or Islamic State—is the most menacing iteration of religious fanaticism the modern world has ever seen. It was a year defined by their brutality, the year they became a pivot point in Western foreign policy.

The spectre of Islamic State has dragged the world into a darker place than most thought possible in the era of al-Qaeda and Boko Haram.

But are we giving the Islamic State more credit than it deserves? No doubt 2014 provided an ample flow of shock imagery, making clear that Islamic State militants place no limits on the lengths to which they will go to terrorize the world. Their penchant for public beheadings, crucifixions, enslavement and mass murder—combined with a social media prowess—has shocked audiences from Canberra to Ottawa. Their rapid territorial advance, through Syria in 2013 and Iraq this year, has given the impression that they are unstoppable.

Still, what’s more important to understanding the rise of Islamic State than its perceived strength is the weakness of the environment in which it developed. The Syrian civil war offered the group the chaos it needed to set down roots and flourish, while Iraq offered a poisoned political climate for a new sectarian insurrection pitting a marginalized Sunni minority against Iraq’s ruling Shia.

Baghdadi’s genius—if it can be called that—was in recognizing the moment and seizing it. More than the messianic figure the Islamic State propaganda machine has tried to portray him as, he is an adept administrator, organizing a disparate group of seasoned jihadists, Iraqi nationalists and anti-Syrian regime rebels into a multi-layered force. He adeptly placed foreign fighters, including Westerners, at the frontlines and used them in propaganda videos to project the image that his movement is global in scale.

According to insiders, the core leadership, as well as much of the group’s fighters, remain Iraqi and Syrian, though Islamic State propagandists have worked hard to cover up that fact. This is their Achilles’ heel: Islamic State will survive as long as the Syrian conflict continues and Iraqi politics remains mired in sectarianism.

Deflecting away from that reality has been one of Baghdadi’s key strategies. In the few public announcements he has made, he emphasizes that he represents all Muslims everywhere and that all Muslims are required to pledge allegiance to Islamic State. “I was put in authority over you,” he said in July during his first public appearance, “and I am not the best of you nor am I better than you.”

Looking past the facade and at the man himself, one is confronted with a portrait laced with brooding anger and a sense of personal superiority. According to an investigation carried out by the Telegraph, Baghdadi’s youth was defined by Hitleresque mediocrity. Locals in his home neighbourhood in Baghdad referred to him as “insignificant,” “a quiet planner” and someone who “spent time alone.” His religious zeal, according to others, was undeniable—but it wasn’t until after Baghdadi spent time in a U.S. prison following the 2003 invasion of Iraq that his extremism turned violent.

He became the head of al-Qaeda in Iraq in 2010, which he then transformed into Islamic State, and along with it a more enigmatic persona. In late 2014, the Baghdadi myth took on a life of its own. On three occasions, most recently Nov. 8, he was declared killed in U.S.-led airstrikes. Each time, he was resurrected, accompanied by audio or video announcements that mocked and taunted the U.S. and its allies.

This is Baghdadi’s, and by extension Islamic State’s, greatest achievement: their myth has bled into reality. The “quiet planner” has taken what should have amounted to little more than a local insurgency and turned it into a global threat.