India and Pakistan are building up their arsenals, and one terror attack could ignite an all-out war 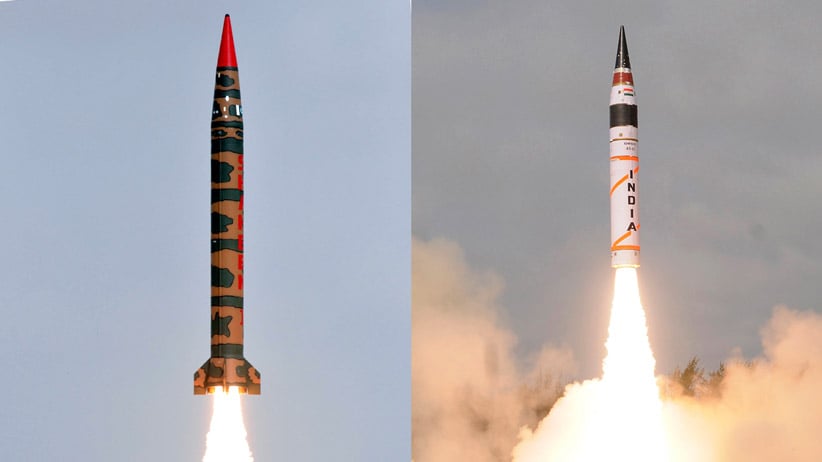 Last week was supposed to offer a noteworthy moment in the history of nuclear disarmament. Iranian negotiators met in Vienna with leaders from the United States, Russia, France, China, the U.K. and Germany, and got down to the tricky business of finding a way out of a growing nuclear standoff. It was touted as the most promising opportunity in years to reach a deal that would, once and for all, put the brakes on what many fear are Iran’s secret plans to build a nuclear bomb.

That deal, however, never materialized. When the talks ended on Nov. 24, the best U.S. Secretary of State John Kerry could offer was some promising rhetoric: “Today, we are closer to a deal that would make the entire world . . . safer and more secure,” he said.

But while the world’s major powers fretted over Iran’s “breakout” potential—the time it would take to produce enough fissile material to build one nuclear device—a report by the Council on Foreign Relations, timed to come out during the Vienna talks, warned that other countries have not only broken out, but appear to be running wild. This is the reality of the “second nuclear age,” the report stated. Even as the traditional nuclear powers reduce their stockpiles, emergent states in Asia—Pakistan and India, in particular, but also North Korea and China—are becoming increasingly tangled in a new arms race, one that is much more complex and difficult to control than what the world witnessed in the second half of the 20th century.

According to the report, Pakistan currently has the world’s fastest-growing nuclear arsenal, with enough ﬁssile material to build 120 bombs and the potential to build at least 80 more by 2020. India has the ability to build 110 nuclear devices, but is also reported to have ramped up its production capacity.

Iran, according to the report, is only one piece in an increasingly complex nuclear puzzle. There is reason to be concerned about its nuclear program, of course. A brooding Middle Eastern Cold War pitting Shia-led Iran against Sunni Saudi Arabia poses some serious international security threats. If Iran does “break out,” the experts say, the Saudis will be sure to follow, igniting another nuclear arms race in what is the most unstable region in the world. (Pakistan’s nuclear program, reportedly, owes its success to Saudi funding.)

More worrying for the near term, however, is the existing arms race. While Indian and Pakistani arsenals are paltry compared to the word’s nuclear powerhouses (Russia and the United States have thousands of strategic warheads deployed), the threat they pose to global security is more dire, considering the geopolitical challenges of the region. The potential for nuclear conflict between India and Pakistan has hovered over the world since 1998, when Pakistan first entered the nuclear club. The two rivals have fought three conventional wars since 1947 and have come dangerously close to a fourth.

Over the past 15 years, the environment has shifted dramatically. Pakistan’s struggle with Islamist extremism and its consequences for India, including a devastating 2008 shooting rampage in Mumbai, are redefining the military landscape. India has moved away from its defensive posture and embraced a more “proactive strategy,” says Walter Ladwig, assistant professor in the department of war studies at King’s College London. “Their new military doctrine, originally called Cold Start, has been evolving since 2003,” he says. “It remains the foundation of India’s military procurement, including modernizing its conventional capabilities to allow for a more mobile and offensive response against Pakistan in the event of another attack inside India.”

Pakistan, concerned by the fact that it cannot compete in conventional military terms against a much richer India, has responded by developing its nuclear capability to include tactical warheads, giving it the ability to strike back with precision nuclear weapons targeting advancing Indian troops, without resorting to all-out nuclear war. “India’s strategy has created a lot of consternation in Pakistan,” says Ladwig, who has written extensively on the evolution of India’s military. “The U.S. has put pressure on India to back away from the Cold Start strategy.”

While Indian authorities have disavowed the Cold Start name, the strategy itself remains intact, Ladwig adds, but will take many years to reach operational levels. The Indian army, he says, is still too outdated to achieve the desired goals of a Cold Start offensive at the moment, but, 10 or 15 years down the road, things could change dramatically.

If that happens, which appears likely, considering India’s current rate of weapons procurement, it would push the nuclear Armageddon clock forward significantly, warn experts such as Ladwig and the authors of the Council on Foreign Relations report. The chain of events that could lead to a nuclear confrontation are relatively straightforward: In the event of a large-scale terrorist attack in India blamed on Pakistan-based militants, Indian authorities would demand action (as they did following the Mumbai attack). Pakistan would almost certainly deny involvement. Under Cold Start, India would (unlike after Mumbai) launch a military strike inside Pakistan. The goal would be to disorient the Pakistanis and, before they could recover, control a buffer zone inside Pakistan 10 to 15 km wide—providing it a strong position for any negotiations.

But, as Ladwig points out, “an operational Cold Start capability could lead Pakistan to lower its nuclear red line, put its nuclear weapons on a higher state of readiness, develop tactical nuclear weapons or undertake some equally destabilizing course of action.” For Pakistani generals, Cold Start might not look like a limited operation, but rather a prelude to a wider invasion or a tactic to subjugate Pakistan to India’s will. Neither side would want to use its nuclear weapons, but the trigger could be as simple as an overzealous Pakistani artillery commander armed with a tactical nuke, or a miscommunication on the Indian side.

For the time being, the potential for that scenario to play out remains low, says retired colonel Baseer Malik, a military analyst in Islamabad. “India knows it outmatches Pakistan in conventional terms,” he says. “But, in terms of nuclear, it is a different story. India would not be so short-sighted as to provoke Pakistan in this way. They know how quickly things could escalate.”

The threat of escalation now has as much to do with advances in conventional weapons as it does with nuclear imbalances. “Strategic stability is no longer just a product of the interaction between comparable nuclear forces,” the Council on Foreign Relations report says, “but, increasingly, between nuclear forces and non-nuclear technologies, such as missile defences, anti-satellite weapons, conventional precision-strike weapons, and cyberweapons.”

Thankfully, the worst-case scenario for India and Pakistan is not likely to play out any time soon. India’s modernization of its conventional arsenal is still in its infancy, says Ladwig. But as long as it aggressively pursues advanced weaponry, Pakistan will feel threatened and respond with the expansion of its nuclear option. With no end in sight to the animosity between the two countries, the end result can only be bad.