The opening act of a genocidal century

One hundred years on, denial of the Armenian Genocide continues, but the tide of history is finally turning 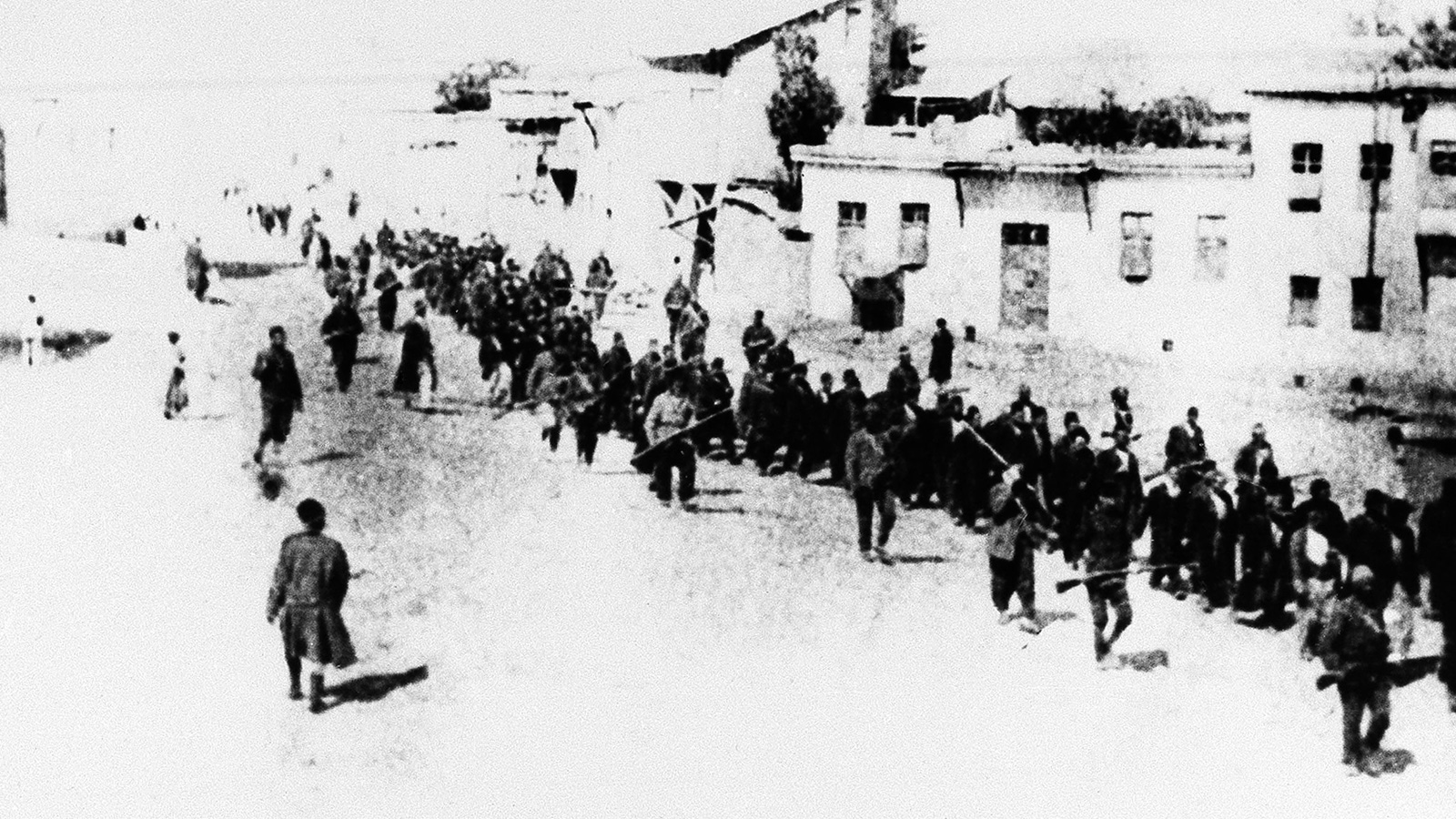 One hundred years ago, on April 24, 1915, agents of the Ottoman Empire—a state racked by crisis and already losing the war that would soon destroy it—turned on a perceived internal enemy and rounded up several hundred Armenian leaders and intellectuals in the imperial capital of Istanbul. The leaders of the ancient Christian community were soon killed, as were the already disarmed Armenian soldiers in the Imperial Turkish army. Then, Armenians throughout the country, as set out in American historian Ronald Suny’s magisterial “They Can Live in the Desert but Nowhere Else”: A History of the Armenian Genocide, were forced out of their homes by civil and military officials and set on a brutal death march to the Syrian desert. Irregular forces, mostly Kurds and Arabs, were allowed to cut them down by the hundreds of thousands along the way; when the survivors reached the desert, many starved to death in concentration camps and new massacres occurred. About 850,000 Armenians died within a year; more sporadic massacres, warfare and deprivation in the next few years quickly drove the total to over one million.

By the end of the Great War, more than 90 per cent of the Armenians of the Ottoman Empire were gone from the lands they had occupied for 3,000 years: killed, fled or forcibly converted to Islam. Stunned outside observers, from both sides of the war to still-neutral Americans, struggled to find words to describe what they were seeing. Instinctively, in a more Christian time, they reached for their Bibles; some began to call it a “holocaust.” It would be almost four decades before Raphael Lemkin, a Polish-born Jewish lawyer—pondering the horror that preceded what was happening to his own people—coined the word “genocide”: not the killing of people, but the killing of a people. (Later, the term holocaust, now with a capital “H,” migrated to the destruction of the Jews, and Genocide, also capitalized, was applied to Armenian history. Fittingly, because what happened to the Armenians was the first great genocide, the opening act of the genocidal 20th century.)

And the start, too, of genocide denial.

The Turkish republic is primarily—aside from a sizable Kurdish minority—ethnic Turkish and overwhelmingly Muslim, to the extent it is startling to realize how multi-ethnic and multi-religious its Ottoman predecessor was. Until 1878, when the loss of Christian territories in Europe began to accelerate, the Turkish sultan ruled over more non-Muslims than Muslims. Modern Turkey has never acknowledged what Suny, in an interview, calls “the genocidal act that is the foundational crime that permitted the establishment of the ethnic republic.” Turkey’s official response continues to be that there was a war going on, the Armenians were disloyal, and deaths occurred. As Turks have long pointed out, and Suny freely acknowledges, there are settler nations around the world, including his own, Canada, Australia and Israel, whose establishment was accompanied by massive dispersion and widespread killings of previous inhabitants. But none on this scale, and none so resolutely denied.

The denial, which continues to the present—the Turkish government reacted angrily to Pope Francis’s recent commemoration of the Genocide and recalled its ambassador from Vienna when the Austrian parliament did the same—has had a tragic history of its own. In the immediate wake of the Genocide, there were targeted killings of the Turkish leaders directly responsible and, in the 1970s and 80s, Armenian terrorists killed more than 30 Turkish diplomats and bystanders, including family members. The attacks included three in Ottawa—two diplomats shot in separate incidents in 1982 (one died), and an assault on the Turkish embassy in 1985 that killed a Canadian security guard.

Yet it has been successful, too, given Turkey’s vital strategic importance to Western interests. It wasn’t until the 21st century that such nations as Canada and France officially acknowledged the historical facts. But prominent holdouts continue, including, ironically, Israel, and the United states; President Barack Obama again avoided “the G-word” in his commemorative address. Still, as the (belated) declarations of Canada and other countries demonstrate, the tide of history seems to be turning.

The Genocide, the effective lack of consequence for it at the time, and, perhaps above all else, the silence that followed it for decades, says Suny, was what made “the unthinkable thinkable.” It gave licence to all the racist social engineers to follow in their dreams of ethnic purity. Adolf Hitler had good reason to assure his generals, when he told them of the kind of murderous depopulation and ethnic cleansing he demanded when the Wehrmacht entered Poland, that there was nothing to fear. “Who, after all, speaks today of the annihilation of the Armenians?” Today, more people than ever before will.