The refugee crisis is not the only problem in Syria.

The Maclean's Editorial: Now is not the time to retreat from the battle against Islamic State. 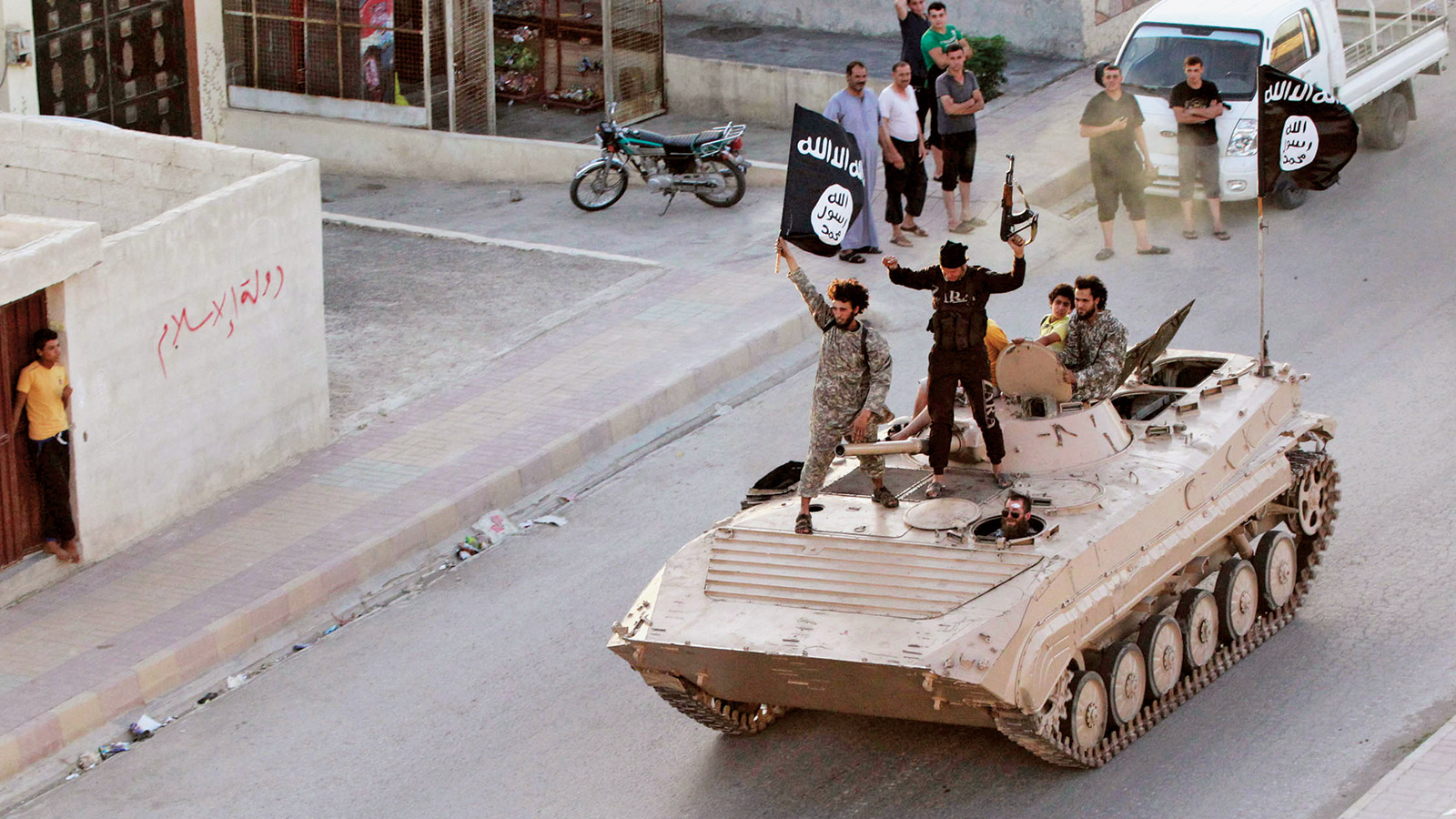 The Russian Antonov An-124 “Condor” is the biggest military heavy-lift airplane in the world. It requires a landing strip three kilometres long and can carry up to 150 tonnes, making it large enough to transport an entire locomotive or the fuselage of another plane. In other words, you could probably fly one through the massive hole in NDP Leader Thomas Mulcair’s platform on Syria and Islamic State.

Gigantic Condors have been landing regularly at Latakia air field in Syria over the past week or so—part of an unprecedented air and sea convoy of Russian military equipment and personnel into the volatile region. Satellite images reveal the construction of what appear to be extensive military barracks along with armoured vehicles and other high-tech weaponry. According to social media watchers, members of Russia’s 810th Marine Brigade, a unit directly involved in the takeover of Crimea, are now in Syria guarding their country’s newest foreign airbase.

Russian President Vladimir Putin never made a secret of his support for Syrian strongman Bashar al-Assad throughout the country’s bloody, four-year-long civil war, as Russia has stymied all attempts at the United Nations Security Council to condemn or confront the Assad regime in its fight against Western-backed rebel forces. Now he’s putting boots on the ground as well.

Putin has framed his airlift as part of the global fight against Islamic State, whose invasion of Syria greatly exacerbated the current refugee crisis. “We really want to create some kind of an international coalition to fight terrorism,” he said coyly last week about the build-up. Of course the men and matériel could just as easily be put to work against the anti-Assad rebels. The presence of Russian military forces in Syria greatly complicates matters for the United States and its Western allies, including Canada, already engaged in fighting Islamic State in Iraq and Syria. Is the enemy of our enemy necessarily our friend?

A masterful chess player, Putin has deftly inserted Russia into the Syrian conflict at a moment of confusion. Now he’s on his way to giving his country a major military presence in the Middle East—something Russia has lacked since the height of the Cold War. The weakness of United States President Barack Obama in confronting the Assad regime early in the civil war, and his hesitancy to get heavily involved later on, is largely to blame for creating the opening through which Putin has charged. Foreign policy abhors a vacuum; with no country convincingly projecting power over the region, Putin has apparently decided to give it a go.

It is against this fraught background that NDP foreign policy, and particularly its position on the fight against Islamic State, needs to be considered.

Mulcair has gone to great pains to be unequivocal in his appeal to voters: he will balance the budget in year one, he will restore door-to-door mail delivery, he will eliminate the Senate. So too with our forces in the Middle East. “We will immediately withdraw our troops from Iraq and . . . from Syria,” Mulcair told CBC’s Peter Mansbridge last week. “I think that the best thing for Canada to do is to start playing a positive role for peace.”

At the same time, however, Mulcair has also been engaged in something of a bidding war regarding Canada’s acceptance of refugees from Syria, raising his initial offer of 10,000 in one year to 46,000 over five years. Of course Canada can accommodate many more refugees—and should—but finding a permanent solution to the Syrian crisis requires acknowledging that we can’t possibly find a place for every one. Most displaced Syrians will have to return home. And this means putting an end to the civil war and Islamic State’s presence in that country. Neither of these will occur if the West just gives up or allows an expansion-minded Russia to assume a destabilizing role in the region. Prime Minister Stephen Harper’s position of combining humanitarian aid and refugee intake with military firepower and political resolve is the only option that makes any sense in this regard.

Whatever the faults of Obama’s Syrian strategy, the prospect of Canada suddenly abandoning the U.S.-led coalition against Islamic State will inevitably make things worse. Simple declarative statements may be attractive in the hubbub of a federal election, but retreating from the struggle against Islamic State now will bring neither succour nor a solution to Syria and its refugees. Canada needs to stay in this fight.