'The Saudis suck on human rights.' How the world sees Saudi Arabia.

Adnan R. Khan: From Turkey to Afghanistan, Saudi Arabia is known as a disruptive human rights abuser. Canada is not alone in its criticism. 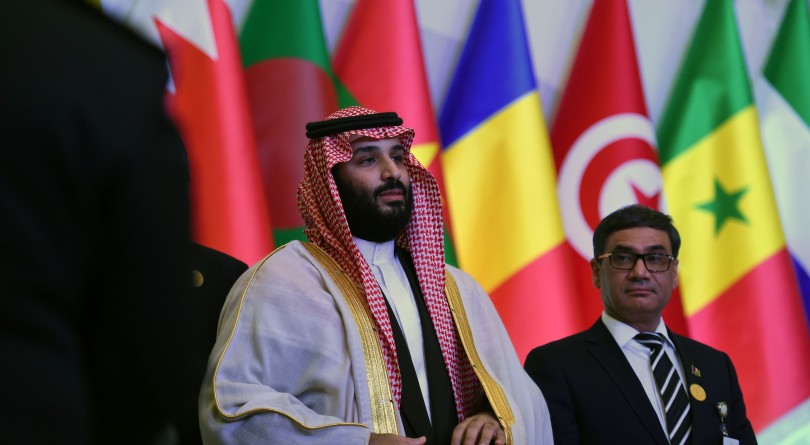 It’s such a strange feeling watching this spat between Canada and Saudi Arabia play out from a distance. Here in Turkey, there are, of course, other things on people’s minds—the Turkish lira is crashing, the economy is in crisis and Turkey’s own diplomatic dust-up with the U.S. is on the verge turning into of a full-blown divorce. Still, when I ask Turks about Canada and the Saudis, they generally cock their heads and say something along the lines of: “Umm, but yeah, the Saudis suck on human rights.”

Turkey, though, has a much more intimate view of Saudi Arabia’s cruelties. For decades, Saudi Wahabbis, followers of the regressive form of Islam that helped the Saudi family rise from obscurity to one of the dominant forces in the Arab world, have been bullying their way into Turkish society. And now, with an Islamist-leaning president energizing conservatives, they are increasingly making their presence felt.

Women and the LGBT community in particular are feeling the crunch. The Istanbul Pride Parade, a singular event for a Muslim majority nation, has been banned for the last 4 years. Earlier this month, Turkey announced it would again boycott the Eurovision song contest, protesting its LGBT performers.

“As a public broadcaster we cannot broadcast live at 9 pm, when children are watching, an Austrian with a beard and a skirt, who claims not to have a gender and says, ‘I am a man and a woman at the same time’,” Ibrahim Eren, the head of Turkey’s national broadcaster, said, referring to Conchita Wurst, who won the contest in 2014. “There is some kind of confusion of mentality here. Once this is corrected we will return to Eurovision.”

Predictably, Eurovision, a staunch supporter of human rights, is refusing to comply.

READ MORE: As Kandahar finds peace, Canada finds its own kind of vindication

Last week, when I was in Afghanistan, there was a similar response. My Afghan friends—many of them admittedly educated abroad and secular, but also some conservatives—reacted with anger when I told them about Saudi Arabia’s response to Canada’s criticism.

“Saudi Wahabbis are a problem here, too,” one senior Afghan government official, who asked not be identified, told me. “They’re funding orphanages here where they indoctrinate our children. It’s their madrassas in Pakistan that provide recruits to the Taliban and ISIS.”

Meanwhile, Saudi Arabia’s crown prince, Mohammed bin Salman, claims his country is on the road to reform, and on the surface it seems like it is. His Vision2030 roadmap is replete with all the buzzwords western governments like to here: economic diversification, moderation, equality and opportunity. But on closer examination, what he has actually done is consolidate his own power. Economic reforms, however necessary, have only served to strengthen Salman’s grip on Saudi Arabia’s vast wealth. The Kingdom’s economic Titans have been whipped into submission and now wholeheartedly back the heir apparent’s ambitions.

Social reforms, however, have stalled at giving women the right to drive, a token gesture at best. As one Saudi woman told me in Jeddah in 2004, “The right to drive is the least of our concerns. What use is it when women have no right to escape domestic abuse? Or to strike out on her own, without the permission of a male guardian? Is it freedom if we are put behind the steering wheel but then told where to drive and how fast we can go?”

Indeed, Saudi Arabia’s “transformation” appears to be little more than a transition to a new kind of authoritarianism, shiny and modern on the surface but masking the same Wahhabi-inspired patriarchal foundations the House of Saud was built upon.

READ MORE: It’s time for Canada to take the next step against Saudi Arabia

It seems unlikely the monarchy will disavow Wahhabism. Despite Salman’s promises to end support for extremism, the Saudi regime continues to fund Wahabbi mosques and religious schools around the world. According to a 2017 study by the U.K.-based Henry Jackson Society, from 2007 to 2015, Saudi Arabia doubled its funding for promoting Wahabbism from an estimated US$2 billion to over $4 billion. “The impact of this increased spending may well have been felt in Britain,” the report notes. “In 2007, estimates put the number of mosques in Britain adhering to Salafism and Wahhabism at 68. Seven years later, the number of British mosques identified with Wahhabism had risen to 110.”

What’s especially worrisome is that Saudi leaders like Salman seem to be less interested in Wahhabi doctrine as a form of religious expression than they are in its utility for countering the spread of Iranian influence in the Middle East and challenging the political Islam of groups like the Muslim Brotherhood and Hamas, which both condemn the Saudi regime as corrupt. Religion, to the Saudi royals, is a political tool, not a spiritual framework.

For Saudi Arabia to abandon Wahhabism would mean abandoning a key pillar in its foreign policy agenda. That seems unlikely to happen. And the key to changing Saudi Arabia’s human rights record is weaning it off its addiction to Wahhabi doctrine.

For too long, the world has ignored this fundamental contradiction, ostensibly to keep oil prices steady and groom a stable partner in an unstable Middle East. But at a time of upheaval, the Saudis have proven themselves anything but stable. Salman’s aggressive foreign policy has left thousands of civilians dead in Yemen and created the world’s worst humanitarian crisis. It’s Cold War with Iran is causing even more instability. And the deal with the devil that is the Saudi-Wahhabi pact has been exposed for what it is: political poison that has spread globally.

For the Saudis to now wax wounded because Canada, unlike the U.S. and Europe, has called them out on their hypocrisy reeks of a much broader agenda. This is not about Saudi Arabia’s sovereignty. It’s about a privileged elite posturing to join the international community on their own terms, critics be damned. The message to them must be an emphatic no. You cannot enjoy the benefits of membership without meeting the membership criteria. And respect for human rights tops the list.