Even if Scots vote No, a panicky David Cameron has ensured problems will continue 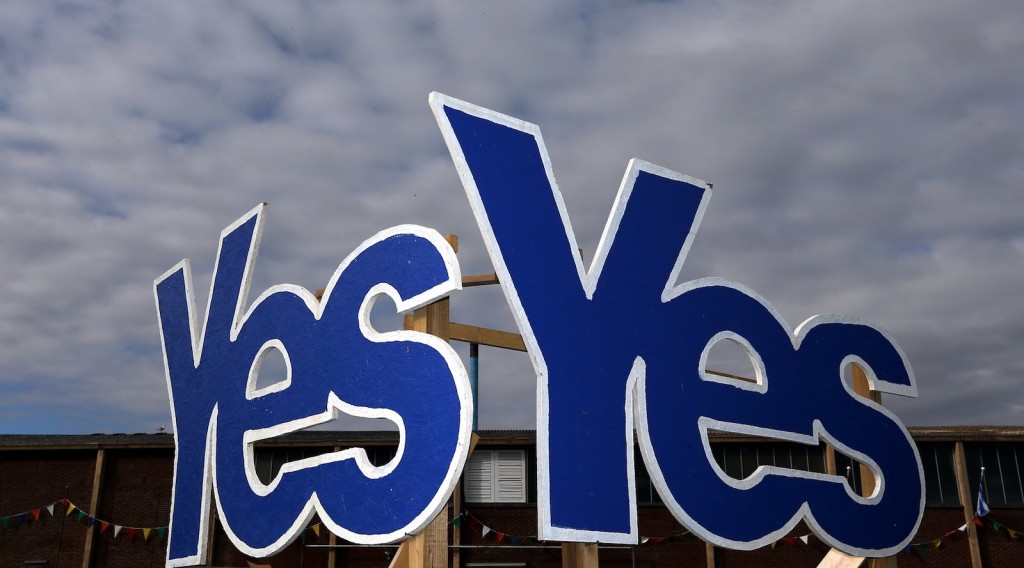 Edinburgh’s lovely today, misty and cool. The mood, in the neighbourhoods I visited, was upbeat and serene. Campaigns are often frustrating but there’s always something — maybe something I merely imagine — happy about voting days themselves. As though ordinary people are finally getting a chance to influence events. It’s a rare day when you can feel power shifting toward you, even if the quantity is tiny.

I didn’t quiz people on the way they voted. The temptation to give that tiny non-random sample any credence at all would be too great. I’ve always hated bugging strangers, which means to some degree I’m in the wrong line of work. We’ll find out tonight, in any case. First results in eight hours, more or less.

The worst thing about the outcome, if it’s a No, is the way that answer was obtained. Two days before the vote, the leaders of the three largest political parties in the U.K. Parliament, including Conservative PM David Cameron, offered “extensive new powers” to Scotland if it votes No, including a form of veto over health care service cuts. The problem is that this devolution isn’t laid out in a draft bill of law, or a white paper, or anything similarly formal: the leader’s declaration appeared on the front page of a Scottish tabloid, only two days before the vote. Alex Salmond accused them of being panicky and desperate. Not only was he right, he was obviously right.

Related: Inside Scotland’s quiet fight for itself

The leaders’ pledge, dubbed “The Vow,” was limited in its credibility not just because it was printed on fishwrap but because it follows years during which Cameron refused to consider any administrative decentralization, or “devo-max” as it is charmingly called here. He used to say decentralization past a certain point was “incompatible” with the U.K. Now he’s changed his tune.

This means that, even if Scotland votes No today, negotiations leading to major change in the distribution of power in the U.K. will begin tomorrow. The notion has already stirred up resentments, including among English Tories who wonder how wee Scotland can win substantial new powers while England doesn’t. A rise of English, as opposed to British, nationalism seems a near-certainty. And since the tabloid “Vow” was cobbled together in a few hours by campaign strategists, its likelihood of succeeding as policy is not good. Even if it passes — if the big parties at Westminster can agree on some sort of reform — there’s a good chance it won’t be enough to satisfy Scottish nationalists. The situation then would look a bit like Quebec after the 1980 referendum, when Pierre Trudeau promised change and then delivered change that little resembled what soft-nationalist voters in Quebec had wanted.

Finally, there’s the disturbing message that change isn’t possible in the U.K. unless separatists start to do well in pre-referendum polls. That would be a powerful incentive to further referendum-based mischief down the road. If it’s heads nationalists win, tails they win, why not repeat the exercise?

It’s a mess. Indeed it’s leading some commentators to declare the death of the United Kingdom, no matter how today’s vote goes. I wouldn’t go that far. But it’s a reminder that Cameron took this whole business far too lightly, and that he will continue to pay for that after tonight, whether Scots’ answer is Yes or No.