Trouble at the Tea Party

After losing two key players in as many weeks, does the grassroots movement carry the same weight? 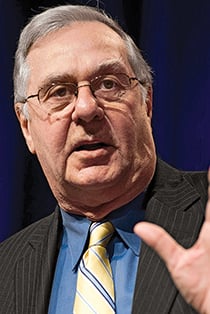 Is the Tea Party disbanding in the wake of the 2012 election? Maybe not, but the movement has begun losing some of its most powerful supporters. Last week, FreedomWorks, the conservative advocacy group that helped create the Tea Party movement, parted ways with its chairman. Dick Armey, the former House majority leader said he left due to “serious concerns about the ethical and moral behaviour” of FreedomWorks president Matt Kibbe. Kibbe had allegedly used staff resources to help write his book, Give Us Liberty: A Tea Party Manifesto, leaving the group little time for actual Tea Party organizing.

The Tea Party also lost its key player in government last week. South Carolina Sen. Jim DeMint, a powerful conservative who raised money for many anti-establishment candidates and wrote an article this year for The American Spectator called “Tea Party is the new reality,” announced he was giving up his Senate seat. He had accepted a position to head the Heritage Foundation, a 40-year-old conservative think tank.

Tea Party supporters argue that the movement maintains power in Washington. The Tea Party caucus of the House of Representatives still has 47 members; many candidates DeMint endorsed are in the Senate, including Marco Rubio, a rising Republican star from Florida. But the Tea Party, which was formed to energize the Republican base, may have outlived some of its usefulness. DeMint told the Wall Street Journal that Republicans must reach beyond the base and convince people who don’t already agree with them: “This is an urgent time because we saw in the last election we were not able to communicate conservative ideas that win elections.”

That means working to popularize these ideas among the groups who voted for Obama in 2012, but it may also mean making way for a new Republican establishment. DeMint is reportedly lobbying for representative Tim Scott to become his replacement in the Senate. Scott’s appointment would give Republicans their first black Southern senator since Reconstruction. Maybe the Tea Party will stage a comeback—but with a younger, more diverse membership.