Ukrainians make a liar out of Putin

Elections reveal the far right is dead in Ukraine. The European Union is a different story. 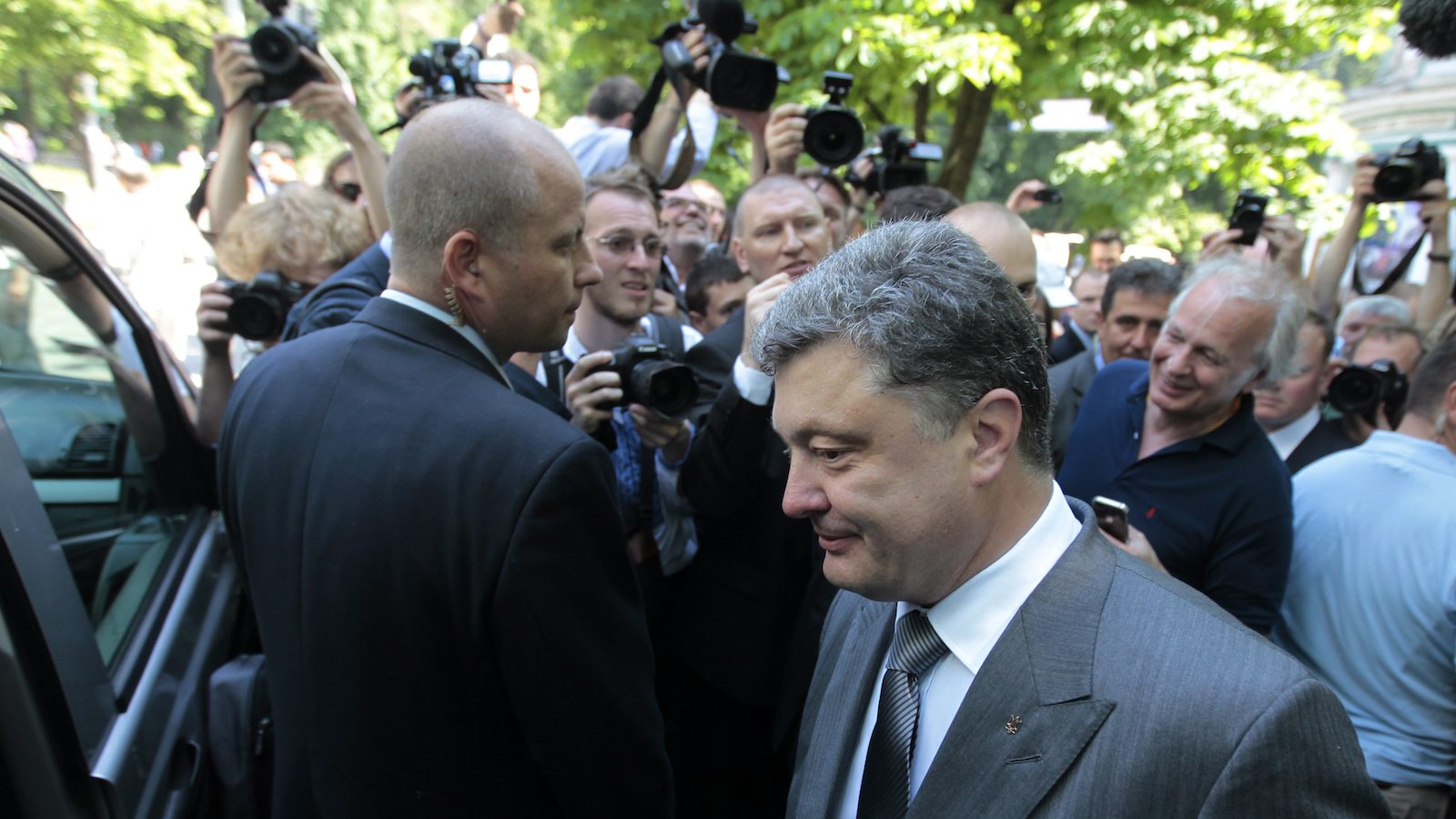 Election results are in and it turns out Vladimir Putin was right all along: The far right is on the rise, enjoying support and electoral success it hasn’t seen in decades.

The Russian president did get one detail wrong, however. It’s in Ukraine where he’s been warning a fascist takeover is imminent, using the supposed threat to justify invading and annexing Crimea following a pro-European revolution that toppled his ally, Viktor Yanukovych, in February. Russian media still overflows with news of the menace posed by right-wing and anti-Semitic extremists hell-bent on crushing the democratic rights of ethnic Russian Ukrainians. Such messaging forms the backdrop to Russia’s continuing, if unacknowledged, intervention in eastern Ukraine, where pro-Russian separatists are waging a low-level insurrection against the central government in Kyiv.

Unfortunately for Putin, Ukraine’s presidential election on Sunday has debunked his narrative. Oligarch Petro Poroshenko, a chocolate tycoon and decidedly centrist candidate, easily won on the first ballot, earning more than 50 per cent of the vote. His election reflects Ukrainians’ desire for stability and peace. Poroshenko has come to power thanks to the revolutionary movement that drove Yanukovych from office, and he will likely soon sign the Association Agreement with the European Union that Yanukovych would not. But Poroshenko has also said that relations with Russia are a priority. It would take most fantastical sort of propaganda to portray him as a radical. So far even Moscow hasn’t tried.

Ukrainian voters have also rejected the real right wing in their country. Dmitry Yarosh, head of the supposedly rampaging Right Sector, earned about one per cent of the vote, as did the Svoboda (Freedom) party’s candidate, Oleg Tyagnibok, according to exit polls.

But elsewhere in Europe, the far right has done well. European Parliament elections were also held this weekend, and nationalist parties surged in several countries. In Britain, the Euroskeptic UK Independence Party took 27 per cent of the vote. The xenophobic Front National of France triumphed over all other parties there, earning 25 per cent of the vote in what French Prime Minister Francois Hollande acknowledged was a political “earthquake.”

So can we expect Russian tanks rolling through the French city of Marseille to protect suddenly endangered ethnic minorities there? Surely Putin won’t tolerate the return of right-wing extremism to Europe?

Well, it turns out Putin’s anti-fascist convictions are little more, shall we say, agile. He’s opposed to make-believe fascists in Ukraine. Real-life fascists, as well as far-left radicals, in the rest of Europe are another story.

Front National Leader Marine Le Pen is a big fan of Putin and sided with Russia regarding the crisis in Ukraine. The European Union, she told Austria’s Kurier newspaper, has been “stupidly waging Cold War on Russia.” Calling Putin a “patriot,” she said, according to the website of Voice of Russia radio: “He cares for his people’s sovereignty. He realizes that we are defending common values, the values of European civilization.” Putin’s ruling United Russia party returned Le Pen’s praise, wishing her party well in the European Parliament elections.

Le Pen is not alone. Heinz-Christian Strache, chairman of the Freedom Party of Austria,  has urged the European Union to “stop playing the stooge of the U.S. in the encirclement of Russia.” Dutch Party for Freedom chief Geert Wilders parroted Putin when he described the post-Yanukovych government in Kyiv as “National-Socialists, Jew-haters, and other anti-democrats.”

In Greece, the Golden Dawn party, which also did well in European elections, has called for closer ties with Russia, and may receive Russian funding, according to a recent Foreign Affairs essay by Mitchell A. Orenstein. The descriptive “neo-Nazi” is thrown around a little too freely these days, but when jailed Golden Dawn leader Nikolaos Michaloliakos denies there were gas chambers at Auschwitz, it’s hard to know what else to call him.

Putin has also drawn allies from the opposite end of Europe’s political spectrum. As Yale historian Timothy Snyder has pointed out, no reputable organization would legitimize Russia’s annexation of Crimea by observing the sham election on the territory’s future that was held shortly after the invasion. But three members of Germany’s Die Linke political party, political heirs to the Soviet Union’s puppets during the Cold War, did so.

Putin’s mendacious cynicism is not new. But the elections in Ukraine and the European Union have at least exposed it with new clarity. There is a shift toward the chauvinistic right in large sections of Europe. There isn’t in Ukraine.

This is a worrying but not altogether bleak trend. Much of the coverage of the Ukrainian crisis, at least in Western Europe and North America, has framed supposedly European values as something that might be bestowed upon Ukraine, like an outsider’s gift. The two votes this weekend suggest something a different—that Ukraine has something to teach its neighbours to the west, and that a more liberal and democratic Europe is more likely if it embraces Ukraine than if it abandons it.