The journey of the underdog

As Uruguay enters the semi-finals, a look at the best underdogs in World Cup history 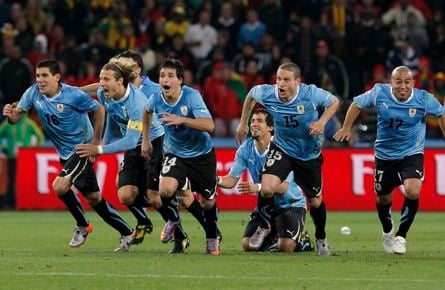 Congratulations to anyone who placed a pre-tournament bet on Uruguay making it to the semi-finals—the odds against it happening probably made you some decent money. Sure, Uruguay won the tournament twice in the first half of the 20th century, but the 2010 squad barely squeaked into the World Cup—needing a play-off with Costa Rica just to qualify—and the nation hadn’t reached the final four since 1970.  So a semi-final berth is more than all but their most ardent supporters could have realistically expected.

Uruguay isn’t the first team to over-achieve at the World Cup; in fact, nearly every recent tournament has produced at least one nation that went further than anyone could have expected. Those underdog teams have come from different places and had different defining moments, but their successes have given the World Cup some of its most enduring memories. 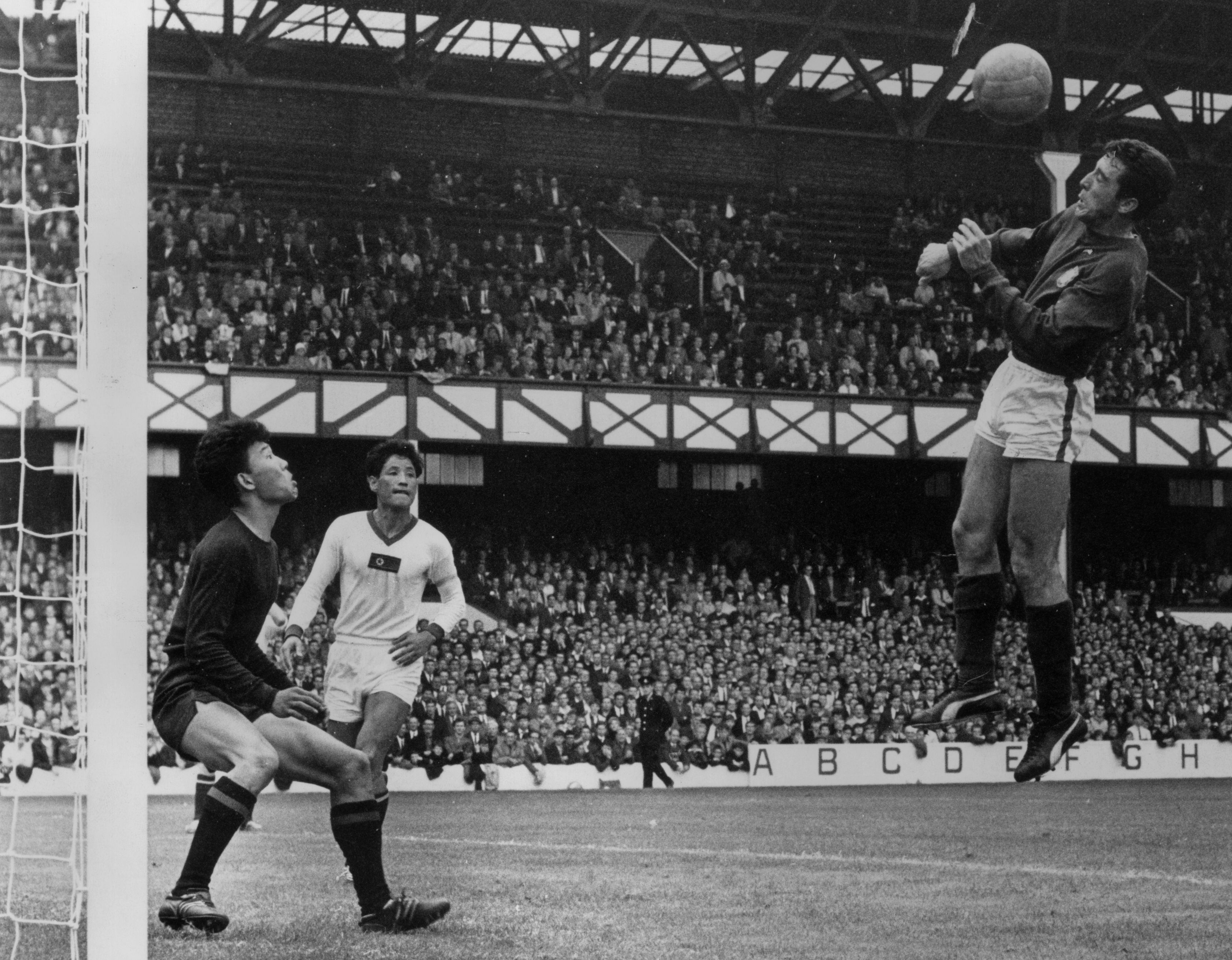 How did they get there? After FIFA mandated that the champion of African qualifying would need to defeat the Asian champion in order to qualify, all African teams boycotted the tournament. South Korea also withdrew, meaning the North Koreans reached the 1966 World Cup by winning a mere two games, both against Australia.

Defining moment/game: One of the great upsets in sporting history saw North Korea defeat Italy 1-0 in their final group game, which saw them advance from the group stage and become Asia’s first-ever representative in the World Cup quarter-finals.

The hero: Pak Doo-Ik, who scored in the 42nd minute against Italy, enough for the North Koreans to snag a victory from the former champions.

How far did they get? The quarter-final game against Portugal was another classic. After scoring in the first minute, North Korea potted two more to go up 3-0. It took a positively epic performance from Eusebio (who scored four goals) to deny the North Koreans their dream of reaching the semi-finals. 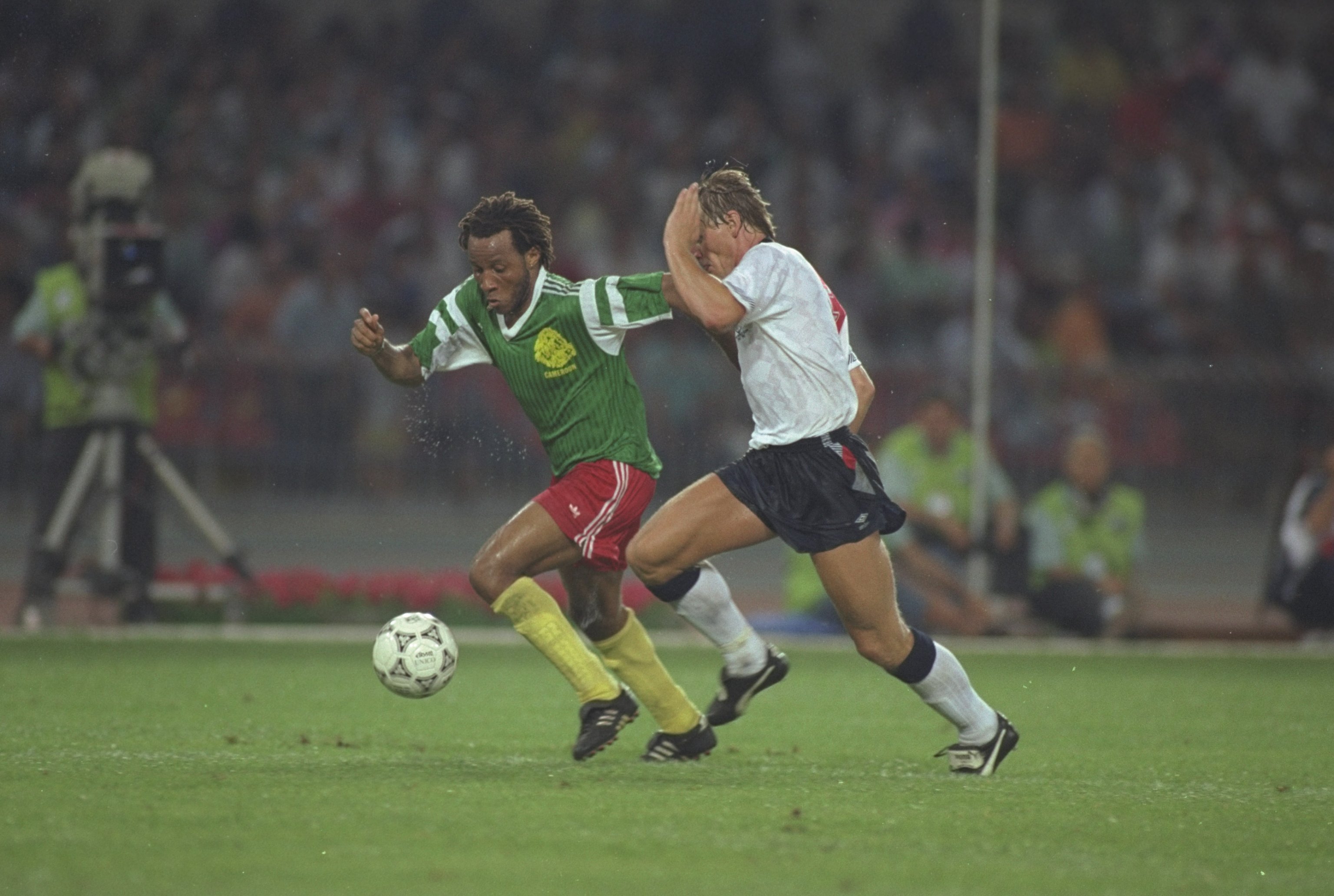 How did they get there? Cameroon finished solidly atop their African qualifying group and then defeated Tunisia 3-0 in a two-legged playoff to punch their ticket to the big tournament. At this point, no African team had ever advanced beyond the group stage of the World Cup.

Defining moment/game: The 1990 World Cup got off to a shocking start when the Indomitable Lions defeated Diego Maradona and the defending champions from Argentina 1-0 in the tournament’s opening game—even though Cameroon finished the game with only nine men after two of their players were sent off.

The hero: Roger Milla, who set the soccer world on fire not just by scoring four goals, but by following each of them with an ebullient dance celebration near the corner flag.

How far did they get? Cameroon continued their shocking run by defeating Colombia 2-1 in the Round of 16, with Milla scoring both goals in extra time. They then nearly pulled off another surprise in the quarter-finals, but lost to England 3-2 in extra time. While the semi-finals were tantalizingly close, Cameroon’s run to the final eight represented the best-ever result for an African team to that point. 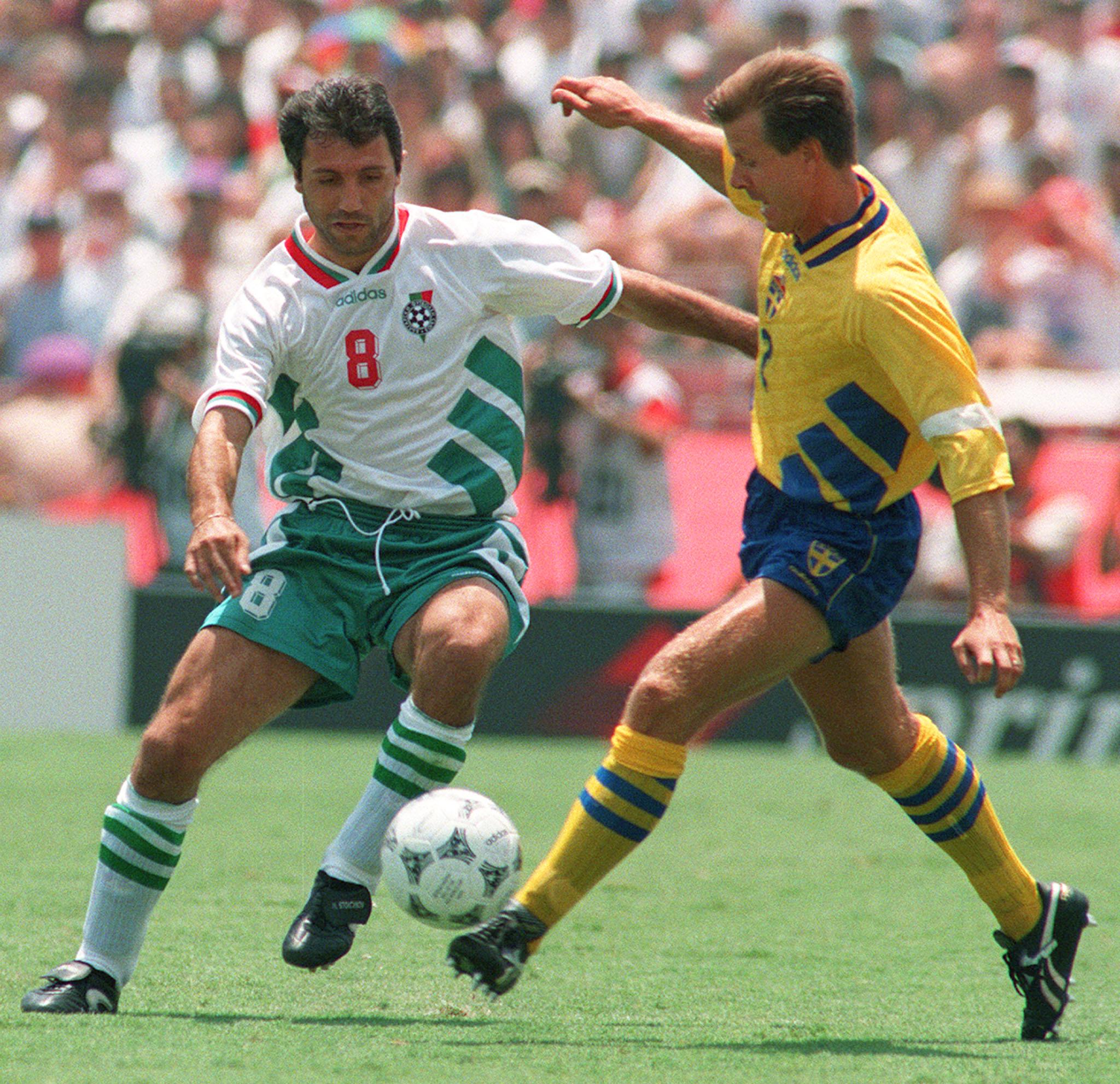 How did they get there? Drawn into a European qualifying group with the likes of Sweden and France, Bulgaria did just enough (edging out France by one point) to grab one of spots in USA ‘94.

Defining moment/game: After being thumped 3-0 by a surprising Nigerian squad in their opening group-stage game, few expected much from the Bulgarians. After all, they were in the World Cup for the sixth time and never registered a single win. However, in their second group game, they finally got over the hump with a resounding 4-0 win over Greece, which gave them all the momentum they’d need.

The hero: Bulgaria’s greatest soccer hero, Hristo Stoichkov, scored a remarkable six goals in the tournament, including two against Greece and a late equalizer against Germany in the quarter-finals.

How far did they get? All the way to the semi-finals, before bowing out in a 2-1 decision to Italy, the eventual champions. The Bulgarians then faced off with their European qualifying group-mates, Sweden, in the third-place game, though a surely-exhausted Bulgarian side dropped that one by a 4-0 score. Still, a fourth-place finish was much more than any observers could have dreamed of. 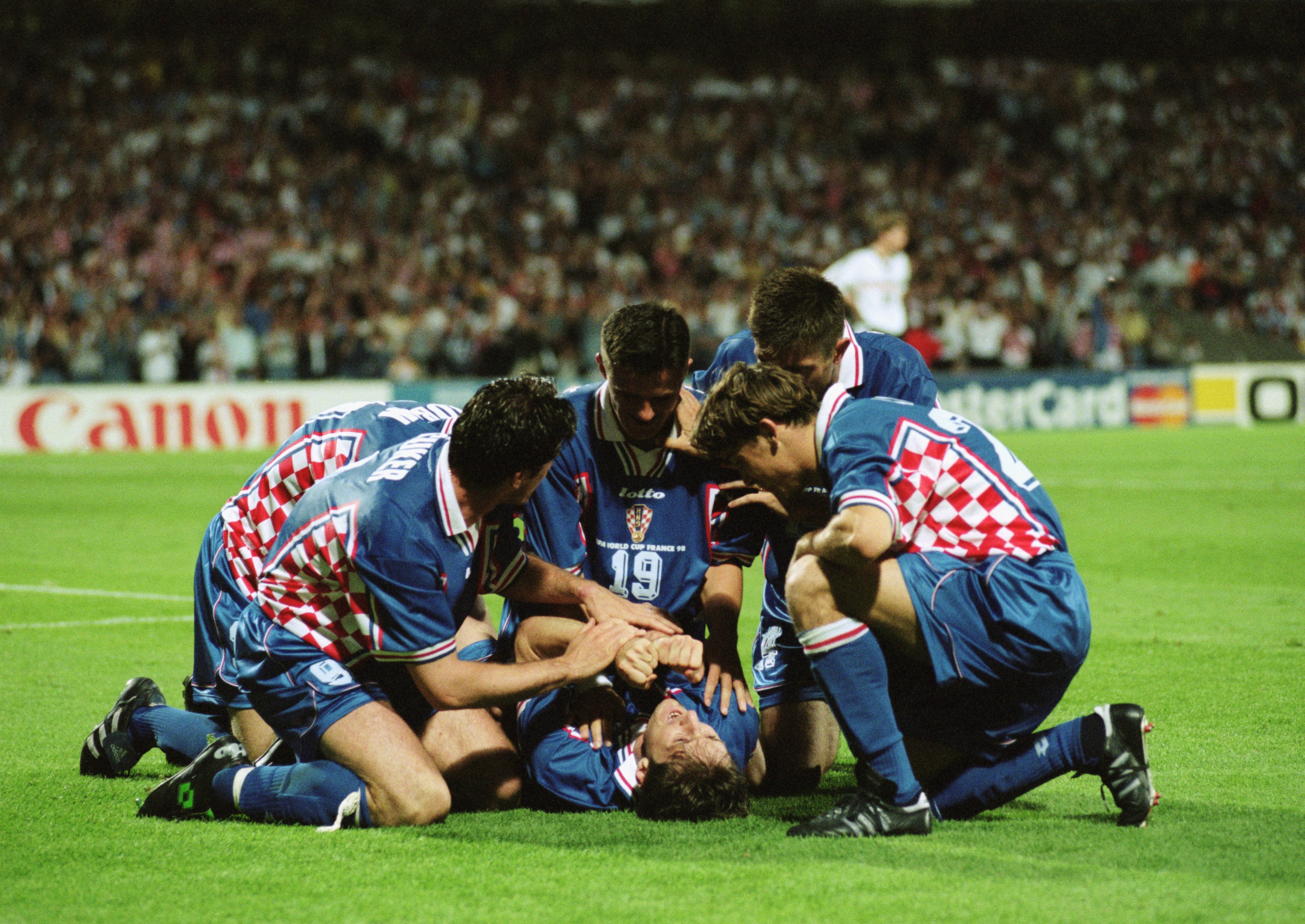 How did they get there? Croatia was competing in its first-ever cycle of World Cup qualifying (having been granted entry into FIFA only a few years earlier, following the dissolution of the former Yugoslavia). But they performed well in European qualifying and beat Ukraine in a two-legged playoff to earn a berth in the World Cup.

Defining moment/game: Though their first-ever game produced their first-ever win (a 3-1 decision against Jamaica), the true declaration that Croatia had arrived on the world stage came in the quarter-finals, when they took advantage of a first-half sending-off and overcame the powerful German team 3-0.

The hero: Davor Suker is far and away Croatia’s most prolific goal-scorer ever, potting 45 goals in 69 appearances for his national team. Six of them came during the 1998 World Cup, including the lone goal in a 1-0 win over Japan that secured a place in the Round of 16.

How far did they get? All the way to the semi-finals, where they went up 1-0 on France. But the hosts (and eventual champions) scored two second-half goals to claim victory. Still, Suker scored the winner in a 2-1 decision over the Netherlands in the third-place game, which sent Croatia rocketing upward in the FIFA rankings. Not bad for a first try at the World Cup. 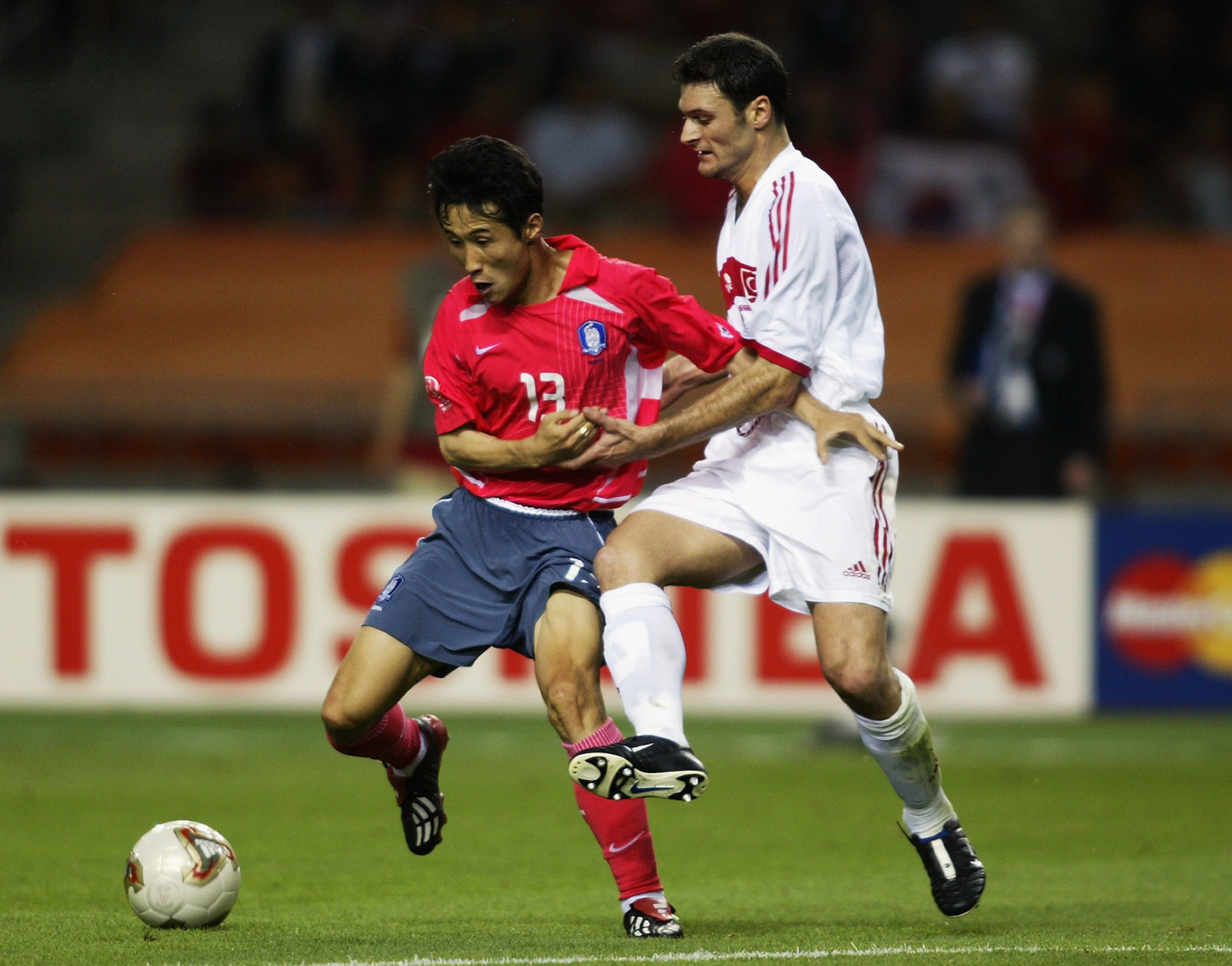 How did they get there? As co-hosts the tournament, South Korea automatically qualified. Though they’d qualified for the previous four World Cups, they’d never been beyond the first round.

Defining moment/game: The defining moment came in one of the most dramatic scenes—both on and off-field—in World Cup memory. After the team unexpectedly reached the Round of 16 against Italy, Ahn Jung-Hwan sent 39,000 red-clad supporters in Deajeon into ecstasy with a golden goal in the 118th minute, pushing the team into the quarter-finals.

The hero: While South Korea’s modus operandi was to function as a team, rather than a collection of individual players, Ahn Jung-Hwan earns this honour simply for providing the soccer world with that dramatic moment against the Azzurri.

How far did they get? They became the first Asian team to ever reach the semi-finals after defeating Spain in a penalty shootout in the quarters. But they fell 1-0 in their semi-final matchup against Germany—and also lost the third-place game, 3-2 to Turkey (another surprising underdog). 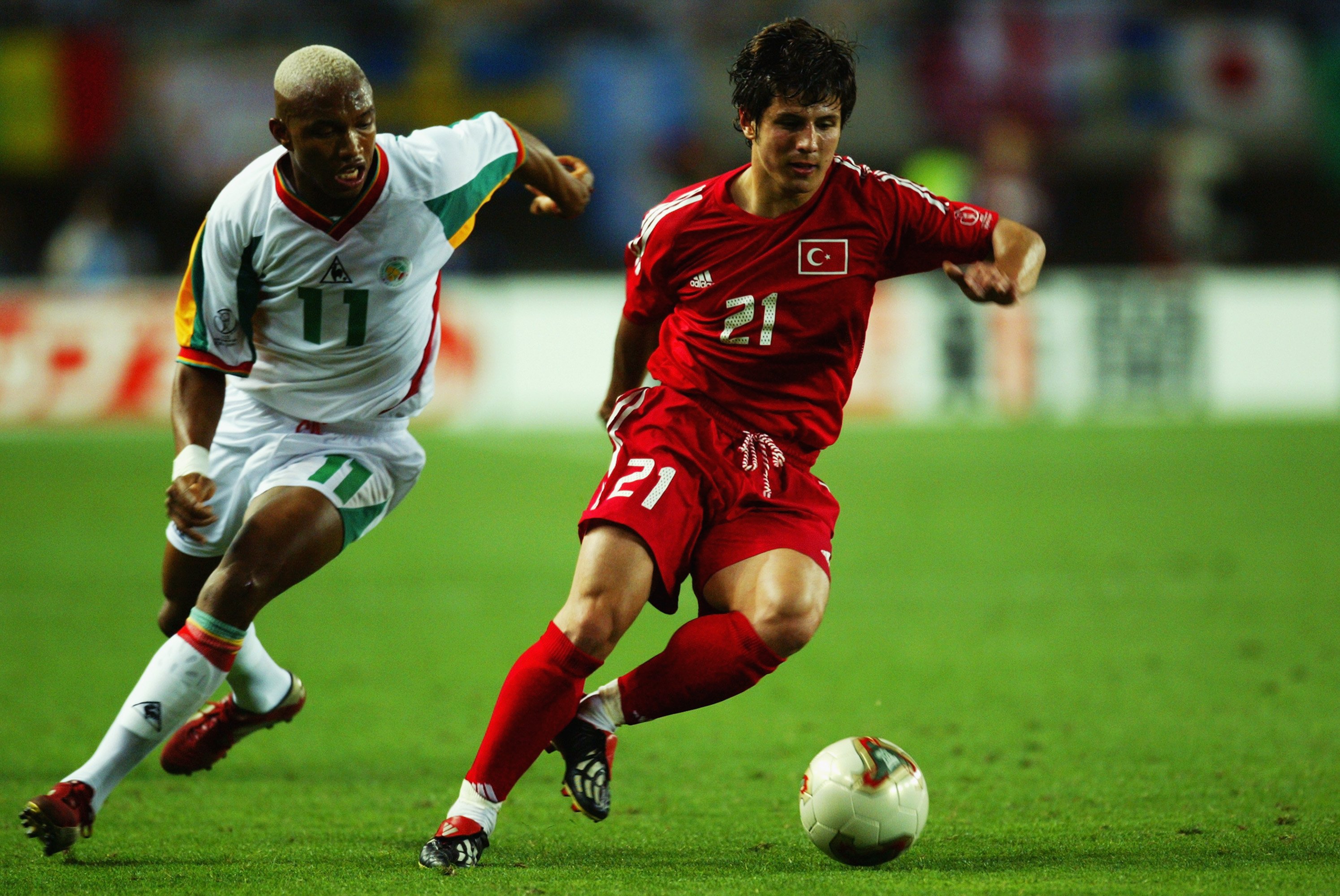 How did they get there? They finished tied with Morocco atop their African qualifying group, advancing on goal differential. A 1-0 win over the Moroccans in Dakar on the second last day of qualifying was the vital difference-maker.

Defining moment/game: Much like Cameroon in 1990, Senegal played the tournament’s opening match against the defending World Cup champions, France—with a similar result. Senegal, playing in its first-ever World Cup match, pulled off a shocker against the former colonial power, winning 1-0 thanks to a goal by Papa Bouba Diop.

The hero: Henri Camara, who made 99 appearances for the national team, scored two goals—including the golden-goal winner in extra time—in Senegal’s upset of Sweden in the Round of 16. Bouba Diop is a close second, for his three goals in the tournament and his Milla-esque dance choreography.

How far did they get? They got to the quarter-finals in their first—and thus far, only—World Cup appearance, before falling victim to a golden goal in a 1-0 loss to Turkey (there are those Turks again!) 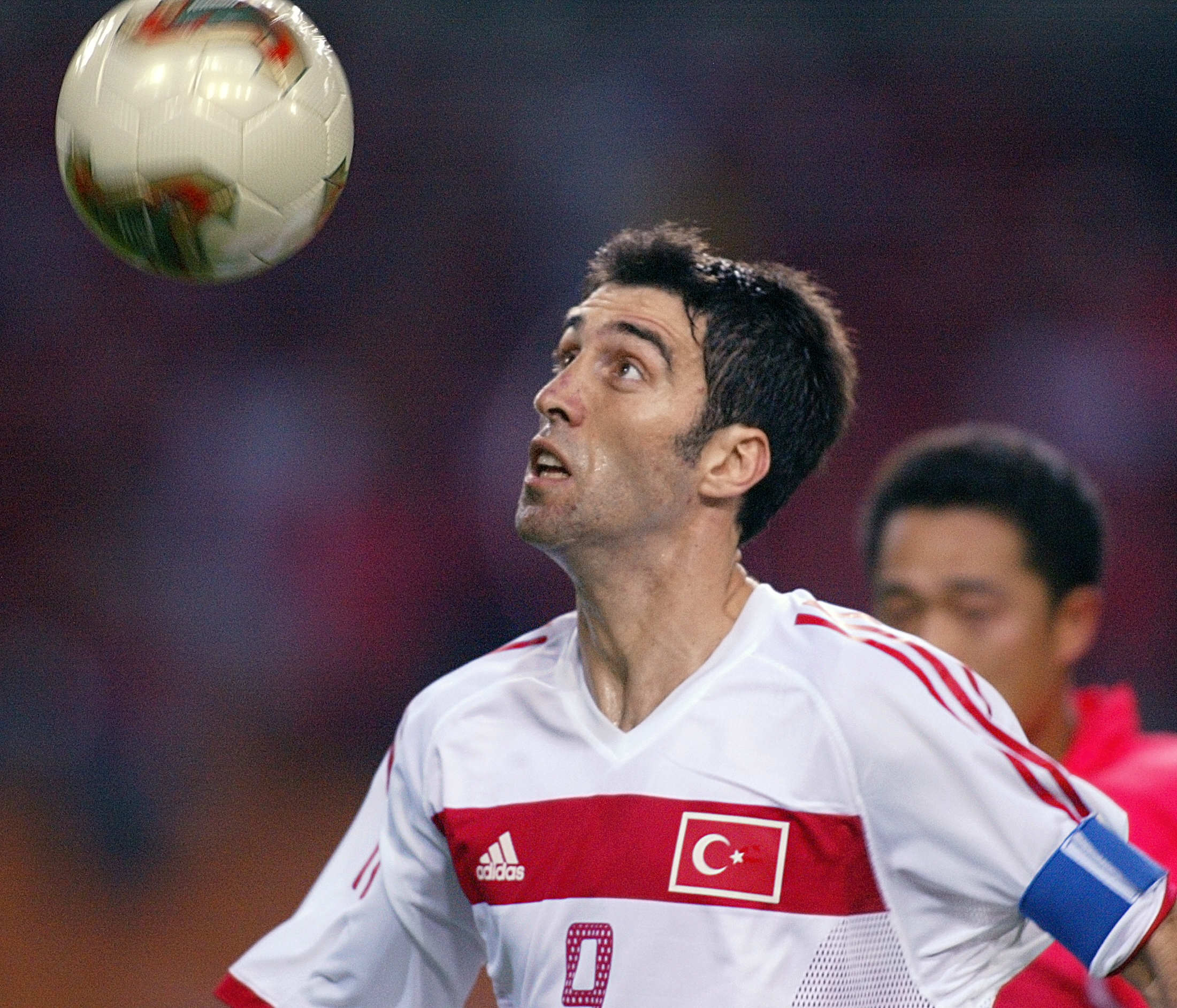 How did they get there? Turkey finished second in a relatively easy European qualifying group, then soundly defeated Austria in a play-off to reach the big show. Expectations were higher for Turkey than South Korea or Senegal; but they’d only qualified for the World Cup once before—going out in the first round in 1954.

Defining moment/game: The team quietly emerged from the group stage and then snuck past two similarly unheralded opponents—Japan and Senegal—in their first two knockout games. Their defining moment may have come at the end of their final game against South Korea, when members of both teams saluted the crowd together, a stirring display of sportsmanship and the power of the game.

The hero: Scoring an overtime winner is a great way to have your name remembered—and even though Ilhan Mansiz didn’t have a particularly illustrious career with Turkey, his 94th-minute goal against Senegal in the quarter-finals still qualifies as a moment of sporting heroism.

How far did they get? The Turks claimed third place—in fact, they were a 1-0 semi-final loss to Brazil away from reaching the final. Fitting, since the 2002 tournament seemed to be a major showcase for teams ready to exceed expectations at the World Cup.