What 2015 holds for Islamic State

Chaos has been contained in Iraq. It could spell the beginning of the end of Islamic State. 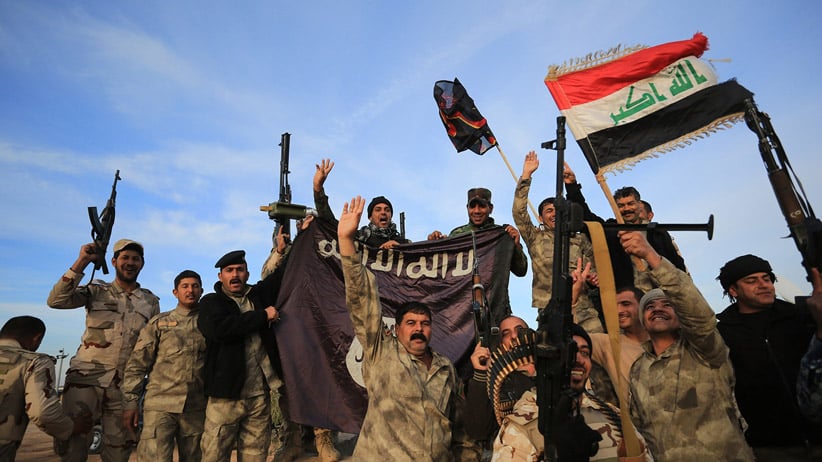 The past year was a banner one for radical Islam. Led by Islamic State, global jihad re-entered the Western consciousness with a force many considered unimaginable in the post-9/11 era. Large chunks of Iraq and Syria are now brutally controlled by Islamic State. But while its grip on power may be absolute, it is far from guaranteed. In fact, in the year ahead, Islamic State may well be contained—driven from Iraq and marginalized in Syria.

If there is a lesson to be taken from the rapid rise of Islamic State, it is that radical groups thrive where there is chaos. Back in June, when Islamic State militants swept into Mosul and other parts of Iraq’s north and west, it seemed as if the country was on the point of collapse. Its army disintegrated and the political environment in Baghdad, already poisoned by sectarianism, edged closer to outright fracture. But, since then, a new prime minister has created an environment more conducive to compromise between Iraq’s Shia majority and its Sunni minority. On Dec. 2, the Kurds and the central government signed a historic oil and revenue-sharing agreement, eliminating a major obstacle to unity that had existed since the fall of Saddam Hussein’s regime in 2003. Consequently, the U.S.-led intervention in Iraq appears to be working.

Most experts agree that Iraq will continue to creep toward stability in the coming year. “Islamic State has gone about as far as it can there,” says James Joyner, an associate professor at the Marine Corps Command and Staff College in Quantico, Va., and a senior fellow at the Brent Scowcroft Center on International Security. “The bombing campaign was useful in stopping its advance.” According to Canadian defence department officials, the pace of the coalition air war, which includes six CF-18 jet fighters, has slowed over the past weeks. “This shows the coalition is having an effect,” Capt. Paul Forget, a Canadian military spokesman, said recently.

The real problem, says Joyner, is that in Syria, a toxic mix of warring factions and their international backers make formulating a cohesive strategy next to impossible. Turkey, a NATO member and U.S. ally, supports Syrian Islamists such as the Islamic Front and, to a lesser degree, the al-Qaeda-aligned Jabhat al-Nusra. U.S. warplanes bomb them. The U.S., meanwhile, supports the efforts of Syrian Kurds against Islamic State incursions into their territory. In Turkey’s view, the Kurds are more of a threat than Islamic State. Iran supports the regime of Bashar al-Assad against the U.S.-backed Free Syrian Army, while also aiding the U.S. in its fight against Islamic State in Iraq. “Muddling through is the only option,” says Joyner. “As a global power, the U.S. has too many mutually contradictory interests in that region to be effective.”

As a result, the Obama administration has failed miserably in Syria. While Qatar and Turkey strengthened the Islamists, the U.S. wasted time trying to manage a fragmented and unbalanced Free Syrian Army. Jihadism got the upper hand. In striking out at Islamic State, other groups, such as the Jabhat al-Nusra and the ultra-orthodox Ahrar al-Sham, were also hit. These groups now sit precariously on the fence between confronting Islamic State and joining it, fuelled by a growing perception that the U.S. intervention in Syria is turning into a war on Islam.

How successful the fight to destroy Islamic State is depends on how successful the U.S. is in either changing that perception or limiting its role in Syria. The push will be on in 2015 to find a political solution to the civil war there. And the Assad regime will find itself in a much better negotiating position, as the battle lines between secularists and jihadists deepen. Sadly, the downfall of Islamic State, whenever it comes, may well mean the survival of Assad.