What gives ISIS the right to declare an Islamic Caliphate?

To many Sunnis in Iraq, nothing does. And the group's brazen gambit appears to be backfiring. 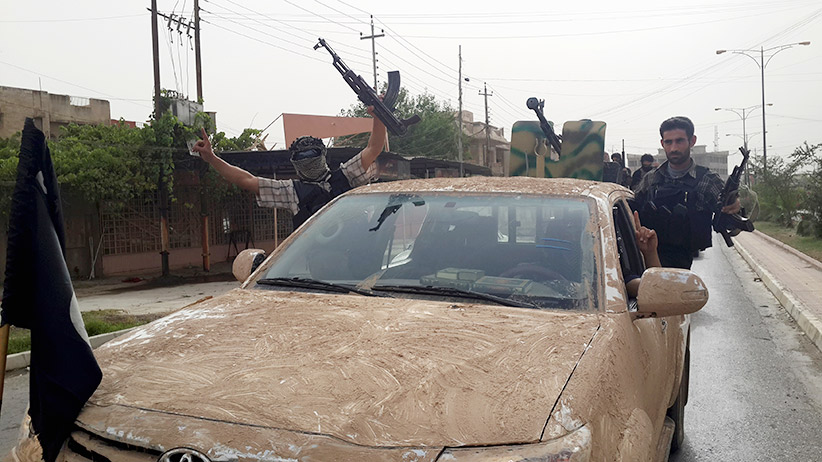 The mayhem in Iraq took a surreal turn this week. After three weeks of rapid expansion in the Sunni-dominated west and north of the country, the Islamic State of Iraq and the Levant (ISIS) announced that the areas it controls will now be the new Islamic Caliphate and its leader, Abu Bakr al-Baghdadi, the Caliph.

It was a bold move—the most troubling development in the global jihadist movement since the attacks on Sept. 11, 2001 according to some—but also potentially catastrophic for radical Islam.

For everyday Iraqis, however, it was merely laughable. “Caliph?” said one Sunni Arab taxi driver in Kirkuk. “Okay then, call me Wazir.” (Wazir is a minister, usually the chief minister and the right-hand man of the Caliph).

His sentiment was repeated a dozen times in this ethnically mixed, oil-rich city in Iraq’s north. “Who is al-Baghdadi?” many asked. “What gives him the right?” others questioned.

As one Sunni cleric, requesting anonymity, pointed out, historically, the Caliph of Sunni Islam is supposed to be a uniting figure, the overarching authority similar to the Grand Ayatollah in Shia Islam. “People like al-Baghdadi are dividing the Muslims in Iraq and around the world,” he said. “So how can he call himself Caliph?”

That question lies at the heart of what many orthodox Muslims consider to be little more than a cruel joke, verging on sacrilege. The term “Caliph” means “successor” and is given to the person anointed to carry on the message of the Prophet Muhammad. The Caliph is supposed to be Muhammad’s representative, his voice, and the embodiment of his values. No single Muslim, or group of Muslims, has the right to create a Caliphate. And, according to senior Imams, there is no precedence in Islam for using violence to establish a Caliphate.

How legitimate, then, is the ISIS declaration?

That may not be the point, some argue. What ISIS has done is less about legitimacy and more about the growing internal power struggles between various jihadist movements. Claiming the Caliphate is, then, a kind of strategic play that forces jihadi leaders and followers around the world to decide whether or not this is the right move in the struggle to establish a pure Islamic state.

In that sense, it is a politically astute step. There is a growing fracture between ISIS, al-Qaeda and other extremists movements, primarily over strategy.  While al-Qaeda appears to have adopted an amorphous, de-centralized approach that focuses on the long-term struggle, ISIS has chosen a more brash, impatient path. There is disagreement between jihadist leaders over which is the better strategy.

“There are definitely some cadres involved with al-Qaeda’s branches in the Arabian Peninsula and in northern Africa, who have sympathies for ISIS and the Caliphate they declared,” Yassin Musharbash, a journalist and Arabic language specialist in Germany, told the Middle East Eye. “Given the advances of [ISIS] and the pull effect a declaration of a Caliphate may have, I would not rule out that quite a few even high-ranking members of al-Qaeda may see this as a more promising way and pledge allegiance to Abu Bakr al-Baghdadi.”

The risk, for the jihadists, is that rather than help the disparate movements coalesce, making such a bold statement now will instead cause deeper fissures.  That would be a good sign for the vast majority of Muslims around the world who would like to see extremist movements implode.

In Iraq, specifically, ISIS has made a blunder. There is no love for the kind of Islam they preach among Iraq’s Sunnis, many of whom have reluctantly backed the extremists as a way of pushing back the influence of the Shia-led government in Baghdad. Iraq’s tribes and Arab nationalists, people in Kirkuk say, will not accept ISIS rule. Declaring a Caliphate is further proof that their aim is not simply freeing Iraq’s Sunnis from Shia domination, but shackling them with total submission to their brand of Islam.