The Richmond Hill lawyer returned to Kenya recently to work on the campaign of opposition leader Raila Odinga, but went missing until Kenya deported him 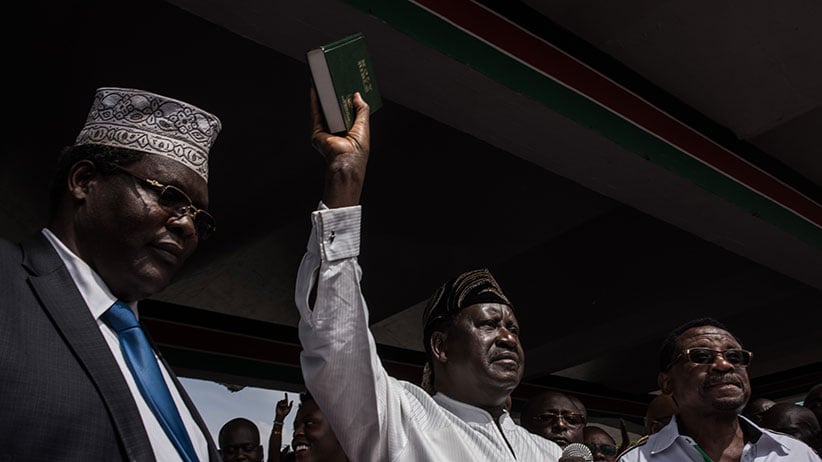 The Kenyan government deported a Canadian lawyer on Tuesday, sending him back to Canada after illegally detaining him for five days.

Miguna Miguna, a lawyer with dual citizenship, was arrested in Nairobi on Friday by Kenyan police after appearing with opposition leader Raila Odinga at a rally protesting a disputed election. The government of Uhuru Kenyatta had ignored a court order from Kenya’s high court to release him.

For several days, his wife, Jane Miguna was frantic with worry, since when the police failed to produce him in court as ordered, Kenyan media reports speculated that he had been killed.

She had been calling the case manager at the Canadian high commission in Nairobi, but the official there wouldn’t tell her anything.

“From Sunday to yesterday, she was not even able to tell me if Miguna was dead or alive,” Miguna said in an interview on Tuesday. “That really worried me, because the commissioner was not even able to get information from the Kenyan government to assure her that they are holding him and he’s alive. Really, although she may have information but she is not giving it to me. At least somebody should be able to tell me, yes, he’s alive. But no. I was not told anything. They just say they are aware of the case and they are working on it.”

The Migunas, who live in Richmond Hill, have been married for 16 years. They have three teenage children. Miguna didn’t want them to worry, so she didn’t tell them about their father’s arrest, but she was afraid they would learn of it from social media.

They were expecting their father to return on the weekend. “They are already asking why didn’t Daddy come, and I am just telling them he has an engagement,” she said.

Miguna Miguna moved to Canada after in 1988 after he was imprisoned and tortured by the government of then-president Daniel arap Moi. Jane Miguna says her husband still wears glasses because his eyes were permanently damaged by the bright lights the police used on him then.

After graduating from the University of Toronto and being called to the Ontario bar, Miguna returned to Kenyan politics, working for Odinga. He split with him, wrote a tell-all book that caused a sensation in Kenya, then ended up as his ally again leading up to a disputed election this summer.

He was arrested after giving Odinga an oath of office at a public rally designed to demonstrate that Odinga, not Kenyatta, won the election.

Jane Miguna said he was “just being used as a scapegoat” by the ruling government. Andreas Katsouris, a Canadian political consultant who was working for Odinga’s party when he was detained and expelled from the country in August, says Miguna was a political prisoner.

“He was arrested for participating in a peaceful act of protest against a government he opposes,” he said in an interview on Monday. “He committed no crime in my opinion. Clearly the court feels that he should be free and it’s up to the Kenyan government now to obey the orders of their own court.”

Katsouris called for Ottawa to speak publicly about the case.

“To stay silent in the face of an ostensibly friendly government keeping a Canadian in detention illegally is a failure to stand up for the rights of Canadians when they need our government to speak for them.”

The Department of Foreign Affairs did not respond to repeated requests for comment beginning on Monday evening.