Who really killed JFK? We might get new insight in 2017.

On Oct. 26, millions of pages of documents on the Kennedy assassination could finally be released 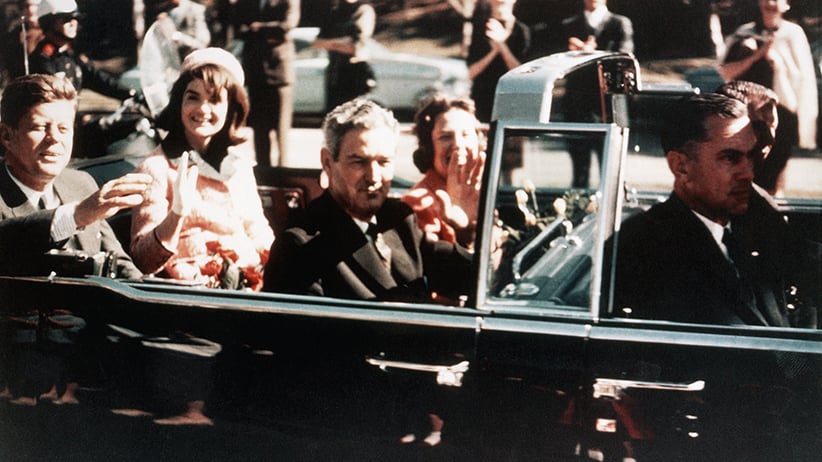 On Nov. 22, 2016—53 years to the day after the assassination of U.S. president John Fitzgerald Kennedy in Dallas—Lee Harvey Oswald finally went on trial. It wasn’t a real trial, of course, Oswald having been deceased since two days after he, either acting alone or as part of a vast and sinister conspiracy, either did or didn’t shoot the 35th president through the head by firing a Mannlicher-Carcano rifle from the sixth-storey window of a Dallas office building.

For more than a half a century, Oswald’s guilt or innocence—not to mention the rumoured existence of a second shooter on the famous Dealey Plaza “grassy knoll” and the alleged conspiratorial role of everyone from the Cuban Communists to Mafia capo Sam Giancana to Oswald’s own murderer Jack Ruby to Kennedy’s Texan vice-president Lyndon Johnson—has been disputed, dissected and debated.

(Then there was Donald Trump’s endorsement last May of a whopper in the National Enquirer that connected the pissant little assassin to the Cuban-born father of Texas Sen. Ted Cruz. “What was he doing with Lee Harvey Oswald shortly before the death?” Trump screeched. “Before the shooting? It’s horrible.”)

Given the apparent lack of a deathbed confession from Fidel Castro, nobody really knows the whole truth, so the parlour games of history continue. In this instance, the trial of Lee Harvey Oswald was conducted at a performing-arts centre in Macomb County, Mich., with a (real) county circuit-court judge named Carl Marlinga trying to convince an audience of 350 citizens that the ex-Marine acted alone, while another local jurist asserted that there was a nefarious and multinational cabal of evil-doers behind him. 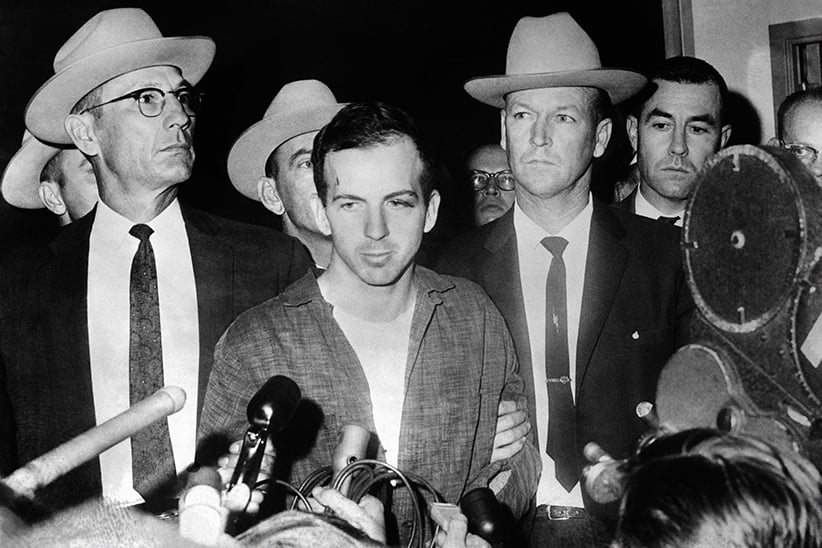 Lee Harvey Oswald during a press conference after his arrest in Dallas. (AFP/Getty Images)

“Their theory was that there was a fourth shot,” Judge Marlinga told Maclean’s after the trial. “They tried to make the points that Oswald wasn’t such a good marksman, that the gun wasn’t a very good gun, and that 44 people in Dealey Plaza thought they heard shots coming from the grassy knoll.”

To counter this, Judge Marlinga said, “we relied on the ballistics. The physical evidence lines up only one way: Oswald’s palm print and fingerprints were found on the Mannlicher-Carcano, there were three spent shell casings on the floor, 88 per cent of the witnesses reported hearing three shots, and we can account for all three shots.”

In the end, Judge Marlinga’s arguments won over about 60 per cent of the audience. But there was a larger issue in the room, the issue that has bedevilled the single-shooter theory since 1963, and that maybe—just maybe—will be put to rest in 2017.

But next year, the National Archives and Records Administration is required by an Act of Congress to release to the public the final five million pages of documents related to the Kennedy assassination that still are in government vaults. The deadline is Oct. 26. (There’s a catch—federal agencies can appeal directly to the president to keep certain files out of public view indefinitely. That president, as of Jan. 20, will be Trump.)

“I don’t think there’ll be any great surprises or revelations in this,” Martha Murphy, head of the National Archives’ Special Access Branch, told Maclean’s. “But there are common theories—like, were the Cubans involved? We have records about Operation Mongoose, when the Kennedy administration tried to overthrow the Castro government. Or maybe the Mob was somehow involved—we have fascinating files about the FBI and Sam Giancana.”

“We have worked very, very hard not to have an opinion,” Murphy said. “We don’t have a dog in this fight. But what I find really fascinating is that all of this material adds up to a really good snapshot of Cold War U.S. history in the early 1960s. The Assassination Records Review Board cast a very wide net.”

To say that JFK obsessives eagerly await the data dump is an understatement. But expecting them to declare the matter closed come Oct. 26 is a fantasy.

“The problem is, to prove that there was a conspiracy, you have to disprove a negative,” said David Wrone, a retired professor of history at the University of Wisconsin at Stevens Point and a long-time Kennedy-assassination scholar and author. “Philosophy says you can’t do that, but this time philosophy is in error.”

“When they did the paraffin tests on Oswald’s cheeks they found that in fact he didn’t shoot a rifle that day,” Wrone claimed. “Ten witnesses said Oswald was on the first floor, not the sixth. Kennedy was shot from the front and the back—that proves there were two shooters. A Bowery bum would have received a better autopsy than they gave Kennedy.”

“We have a cultural problem in the United States, which is the inability to distinguish between fact and fiction. They call it “truthiness” and it stems from the fact that most Americans are not well educated. They take a story like ‘Oswald did it alone’ and they believe it and anyone who disagrees with them is ipso facto not in the real world. Anybody who tells you that they know who shot Kennedy is either after your mind or your money!”

“I don’t think it’ll ever be put it to rest,” Judge Marlinga said from Michigan. “The number of conspiracy theorists will diminish, but those who remain will be just as vehement as ever. There’s just not the sense of balance—to invest the president’s death with some meaning, people try to connect it with something larger than this pathetic loner.”

“Even if you release these five million pages, they’ll say, ‘Well, this was coming from the government—of course they scrubbed the record clean.’ But eventually, the truth will overtake the superstition.”