Why do so many jihadis have engineering degrees? 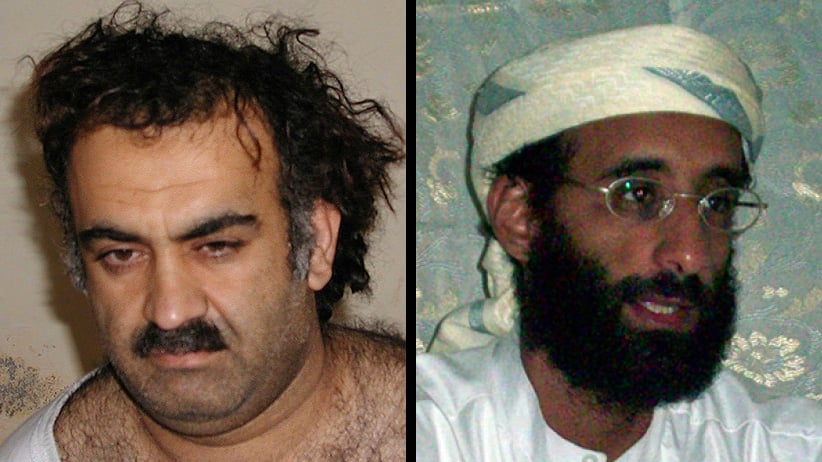 Oh, and one other thing, as it turns out: engineering degrees.

Nor are they outliers. According to two European social scientists working in Britain, Italian Diego Gambetta and German Steffen Hertog, who present their case in Engineers of Jihad: The Curious Connection between Violent Extremism and Education, the presence of engineers among known Islamist extremists is 14 times greater than can be explained by random distribution. It was a finding the authors reached with caution and even a certain resistance. “We are social scientists,” Hertog explains in an interview, “so we are always seeking socio-economic explanations. We accepted this idea that there might be personality traits, expressed first in choice of profession and then in political ideology, very reluctantly.”

But Hertog and Gambetta were professionally frustrated by the fact that nothing seemed to illuminate what drove seemingly random individuals to political violence. “There was this free-floating idea,” continues Hertog, “along the lines of: ‘Doesn’t it seem a lot of Islamist terrorists are engineers or scientists?’ Diego runs these puzzle groups among his students at Oxford—which could be anything, like ‘Why do men prefer blonds?’—so he gave it to one group.” When it turned out to be true—“for engineers, although not for scientists, who are underrepresented in terror groups,” says Hertog—the academics began compiling databases of known jihadis with a focus on their education.

They ended up with two lists of Islamist extremists. One, nearly 500 strong, consisted of men (they are all men) active in Muslim nations, the other of 338 men and six women born or raised in 12 Western countries, who aimed their activities at Western targets. Hertog and Gambetta were as parsimonious with their lists as possible. Figures associated with the Afghanistan Taliban, Boko Haram or ISIS were not counted, “because we were considering individuals who are or were members of cells, who were concentrating on particular attacks, and such organizations [as ISIS] rule territory and interact in different ways with outsiders, so they may attract different sorts of members. It’s reasonable to assume there will be similarities—some preliminary data about British recruits to ISIS show engineer participation twice as high as could be expected—but we did not want to muddy the waters.” 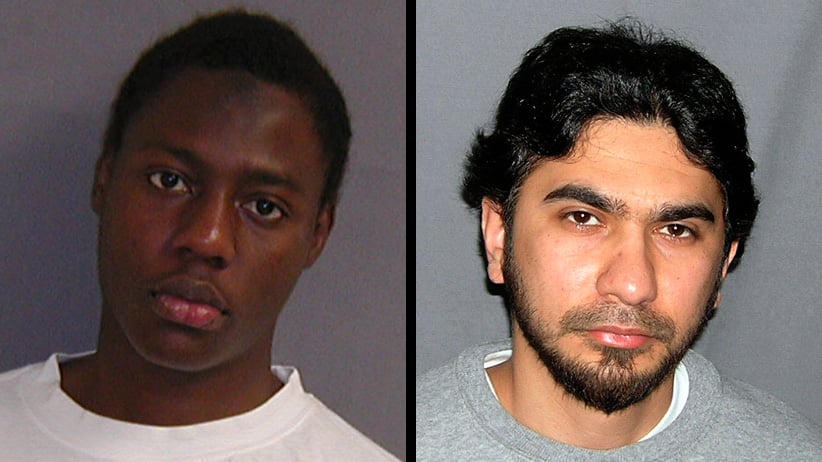 Similarly, those close to the engineering profession but not fully part of it were excluded: Hertog and Gambetta do not discuss Osama bin Laden (who came from an engineering family and who ran, for a time in Sudan, an engineering company, but held a degree in business), Toronto 18 plotter Zakaria Amara (a college-level engineering student) or Boston Marathon bomber Tamerlan Tsarnaev (who once aimed to study engineering). In the first list they ended up with credible education information for more than 200 men, and found that a startling 45 per cent of them were engineers.

The individuals in the Western group, younger than those in the first group and active only after 9/11, had a different profile. They were less educated, with only a quarter rather than half having university degrees—predictably, for Gambetta and Hertog, who were aware that a quarter of those jihadis, including 41 Westerners who had been converted while in prison, had criminal records unrelated to terrorism. Amedy Coulibaly, for instance, who killed a policewoman and four hostages at a kosher supermarket in Paris in support of the Kouachi brothers’ murderous attack on the Charlie Hebdo staff in 2015, had been convicted five times of armed robbery. Moreover, the authors were working on a theory that it was relative deprivation—the difficulty of finding meaningful work in the corrupt and sclerotic states of the Arab world—that drove professionals from those countries to political violence, a factor that did not apply to highly educated Westerners.

So the academics were even more surprised to discover—“startled,” says Hertog—that among the 83 Western jihadis with university degrees or significant studies, the prevalence of engineers was the same as in the Muslim-nation group, 45 per cent. 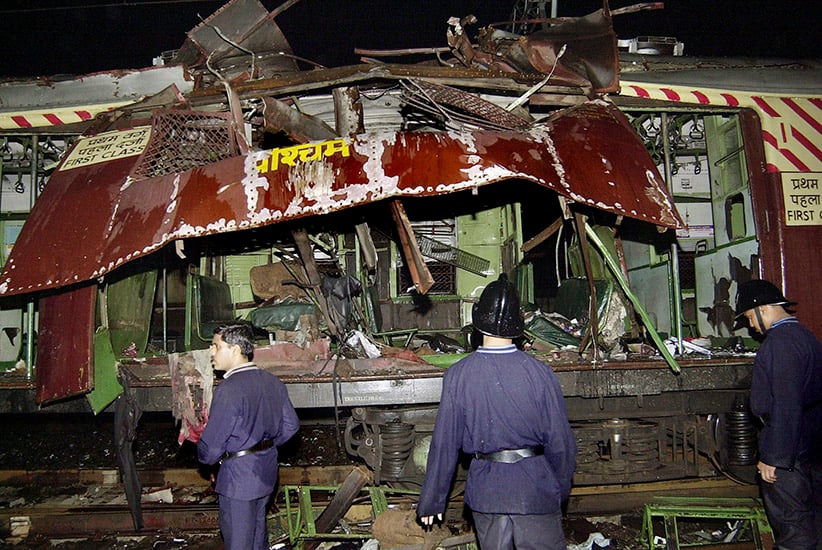 Next Hertog and Gambetta turned their attention to the explanation most often provided by engineers whose opinions they sought. Perhaps, they were told with a kind of rueful pride, it was technical expertise, particularly in bomb-making, that sent jihadi cells out to seduce and recruit engineers. No, the academics concluded, the demand-side theory didn’t add up. There were far more engineers than bomb-makers in the cells; they primarily held leadership rather than technical positions; most explosive devices were constructed by less-educated members; and when engineers did turn their hand to explosives, they were often inept. (Consider underwear bomber Abdulmutallab, or Shahzad, whose Times Square bomb was a dud.)

Besides, if terror groups required engineers to function, then engineers would also be heavily represented in non-jihadi organizations. Hertog and Gambetta found that was not true on the left—Marxist terrorists were historically dominated by social science and humanities graduates—but in the process discovered it was true on the secular Western right.

For the social scientists, the engineer factor casts a sharp, clarifying light on the deep similarities between all varieties of right-wing terrorism. Engineers have been disproportionately prominent on the Western right-wing fringe from the earliest days of the Nazi party, “when being a member wasn’t a career move,” as Hertog dryly remarks, through the Italian fascists of the later 20th century. “Strip the religion out of Islamist ideology—this can’t actually be done in Middle Eastern Muslim countries, but as a concept—and what’s left is basic extremist right-wing ideology: obsession with purity [religious, racial, cultural], xenophobia, fascination with a mythical past, belief in brute force,” Hertog says.

The relative deprivation theory, which has been applied as a causal factor to explain political extremism from the French Revolution on, works—at least to a degree—to explain the turn to violence among Arab professionals, Hertog asserts. That’s not least because of what he and Gambetta call the Saudi exception. In Saudi Arabia, where “engineers are the most prized university graduates, even for non-engineering jobs like banking,” says Hertog, their career paths are wide open, and their prevalence within Saudi extremist groups very small.

But the theory is much weaker as a possible factor outside the Middle East, in Muslim Southeast Asia as much as in the West. And if thwarted aspirations and the demand for expertise, like all the other proposed socio-economic factors, from poverty to revenge, matter sometimes and sometimes not—that is, to say, have no predictive power—even social scientists are forced to conclude that there is something about engineers, albeit a tiny fringe of them.

That takes Hertog and Gambetta to the thorny question of “mindsets for extremists.” Different types of people are attracted to different kinds of extremism—engineers mostly on one side, social scientists and humanities grads on the other—and the authors went in search of traits found in both secular and jihadi extremists as well as among engineers. Three stand out among conservatives in general in recent psychological research: disgust (or the felt need to keep one’s environment pure, which can underpin everything from homophobia to xenophobia); the “need for cognitive closure” (a preference for order and certainty that can support authoritarianism); a very high in-group/out-group distinction.

These are present in particularly high concentration among Nazis and Salafists alike, while European surveys show engineers to be consistently more conservative than other students: moderately right-wing, anti-immigration and tough on crime. Whether the discipline makes the man—it’s worth noting engineering, like the virtually women-free world of right-wing extremists, is male-dominated—or the man seeks the discipline, Hertog is not prepared to say, but the correlation is undeniable. And so is what it points to: contrary to what seems obvious, religious faith does not so much drive Islamist terror as provide its cover.