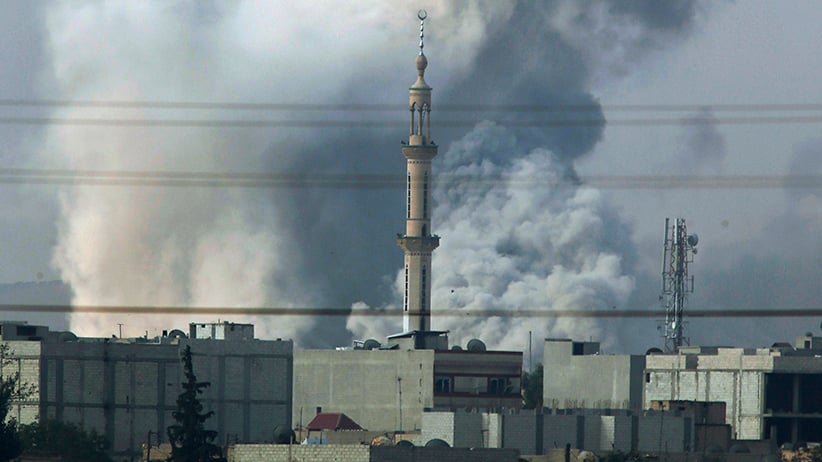 It was witnessing a friend step on a land mine while trying to escape a barrage of gunfire that convinced Mazlum Kobane, a 60-year-old Istanbul resident, that he had to take up arms in Syria. “We were coming back to Turkey from Kobani,” he tells Maclean’s, seated stiffly in a wheelchair at the outdoor café of the Baltalimani bone hospital in Istanbul, his two broken legs propped up on the back of a chair. “We were on a humanitarian mission to help our fellow Kurds. We were on our way back when Turkish soldiers guarding the border opened fire on us. They were only warning shots but some of the members of my group panicked. They scattered and accidentally ran into a minefield.”

His friend suffered serious injuries and remains in critical condition. “If she lives, she will never walk again,” he says, lighting another in a steady stream of cigarettes. “She went to Kobani to save lives and, in the process, nearly sacrificed her own.” After the shooting, Mazlum (a nom de guerre he adopted in Syria) made his way back into Kobani, crawling through a no-man’s land in the dead of night. He walked up to Kurdish fighters aligned with the Democratic Union Party (PYD), the group controlling the Kurdish areas in northern Syria, and told them he wanted to volunteer. “They took me without question,” he says. “They were so desperate for fighters that they even took a skinny old man like me.”

Thus began Mazlum’s eight days of hell. For weeks, Kobani, a predominantly Kurdish town on Syria’s northern border with Turkey, has been under siege by the group calling itself Islamic State. Its plight has become emblematic of the difficulties the international community faces in beating back the militant advance. Bombing raids carried out by the U.S. and its allies, including Jordan and Saudi Arabia, have had little impact. Moreover, the battle for the town has exposed the strategic differences that plague the coalition.

Turkey has refused to offer support, despite finally agreeing to join the U.S.-led coalition on Oct. 2. Turkish President Recep Tayyip Erdogan argues that, in the absence of an overall strategy to depose Syrian President Bashar al-Assad, Turkey will not engage Islamic State and accuses the PYD of being allied with Assad and his regime. The U.S. administration counters that Kobani is not strategically important in the overall fight against the jihadists and should be dealt with by Turkey, which has a clear stake in ensuring the town remains in the hands of anti-Islamic State groups.

The net result is inertia. Hundreds of Turkish soldiers sit atop their tanks and armoured vehicles, watching as advancing Islamic State fighters slowly swallow up Kobani. Access to the war zone has been sealed, preventing the flow of weapons and supplies, as well as blocking thousands of Turkey’s Kurds willing to join the fight from crossing the border—and prompting the UN’s special envoy to Syria to issue an extraordinary call on Oct. 10 for Turkish authorities to open the border. “We would like to appeal to the Turkish authorities in order to allow the flow of volunteers, at least, and their equipment, to be able to enter the city to contribute to a self-defence operation,” Staffan de Mistura told reporters in Geneva.

Turkey’s inaction has angered many in the international community and ignited violent demonstrations at home, mostly in the country’s predominantly Kurdish southeast, as well as in Istanbul. More than 30 protesters have died while dozens have been arrested. The clashes have pitted pro-Kurdish leftists against Islamists—including supporters of the Islamic State—awakening fears of a return to the kind of violence Turkey witnessed in the 1990s. At that time, the separatist Kurdistan Workers’ Party (PKK) battled against the Turkish Hezbollah (no relation to the Lebanese group), a Sunni-Islamist organization opposed to the PKK’s brand of Marxist-Leninist socialism.

Over the past three years, while much of northern Syria has burned, areas under PYD control, including Kobani, have remained relatively peaceful, prompting some to accuse the group of hatching a deal with the Assad regime, giving it the freedom to set up its own vision of society. The PYD’s politics, meanwhile, have energized many leftist Kurds in Turkey while simultaneously unnerving Turkish authorities, who fear any PKK-inspired social revolution on its borders.

“The equality [PYD] promises—the central role of women in society—it is an alternative to the current totalitarian regimes in the Middle East and, like any other Middle Eastern country, Turkey sees it as a threat,” says Emrullah Bingul, the co-chairman of the Kurdish Peace and Democracy Party in Istanbul. 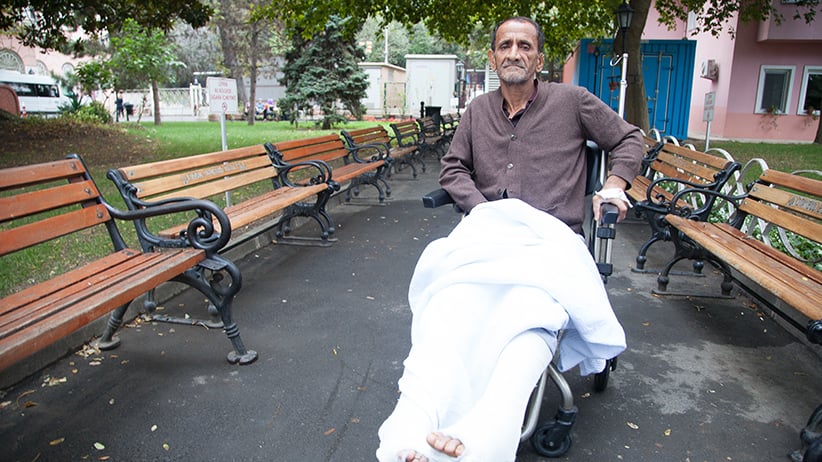 For many Kurds, this is the main reason the Turks are refusing to help the Kurds in Kobani. Over the past decade, the ruling Justice and Development Party (AKP) has worked hard to reverse the cultural decimation Kurds have suffered under previous governments. It has granted language rights, including allowing a few television stations to broadcast in the Kurdish language, and recognized Kurds as a distinct ethnic group within the broader Turkish mosaic. Nevertheless, the AKP worries that the PYD’s brand of revolutionary ideology will spill over into Turkey. “The Turkish state would like to see Kurds return to their pre-1990s condition: quiet and docile,” says Bingul.

According to Bingul, letting radical Muslims destroy the PYD’s socialist project in Syria is in the AKP’s interests. And the strategy appears to be working. Inside Kobani, Mazlum describes a desperate situation. “Everything is in short supply,” he says. “Too few fighters, too few weapons, too little food and water, too little sleep. I witnessed hundreds of Islamic State fighters killed and hundreds more captured, but their numbers continue to grow.”

While the U.S. and its coalition allies drop bombs on Islamic State positions, the militants continue to push closer to the town’s centre. Hundreds more fighters are reported to be pouring in from the Syrian countryside to provide reinforcements, quickly replacing those killed. The battle, Mazlum says, has now evolved into a street fight. Kurdish fighters armed with assault rifles and grenades control the town’s centre, surrounded by Islamic State fighters and subjected to a constant barrage of tank and artillery rounds from a much better armed enemy.

Yet, despite the odds, the Kurds have managed to hold their own, proving observers, who had predicted in early October that the town would fall in a matter of days, wrong. “The Kurdish fighters are determined,” Mazlum says. “Everyone left there is willing to die. I’ve seen so much brutality committed by those Islamic State monsters—headless bodies, women raped and stabbed to death —but still I want to go back.”

His prime motivation? The PYD’s socialist project. “This was what made the difference for me,” says Mazlum. “When I saw the actions of the Turkish soldiers at the border . . . I realized they were trying to kill the revolution the PYD had started in Kobani. All my life, I’ve dreamed of fighting for this kind of socialist cause. That is what drove me to go. Of course, I was horrified by the deaths of fellow Kurds, but this came second for me.”

It’s a cause Mazlum was willing to give his life to protect. “I almost died in Kobani,” he says. “On my last day there, my post was hit by Islamic State rockets. It collapsed the building I was in and both of my legs were crushed. I had to hide all night with my legs broken and fighting all around me. But I promised myself I would not be taken prisoner and beheaded.” Instead, Mazlum dragged himself into an abandoned home and held his Kalashnikov under his chin, finger on the trigger, ready to take his own life. He remained in that position for hours until the fighting subsided and he was found by a group of PYD fighters, who transported him to a hospital in Turkey.

Recovering now in Istanbul, Mazlum still holds out hope that Kobani will not fall. “When I was on the front line, I called my daughter in Istanbul,” he says. “I told her, ‘If I die, I die a revolutionary. If I survive, I will bring back soil from the revolution.’ I survived and I kept my promise.”