With the fall of Tel Abyad, the tide begins to turn on Islamic State

Islamic State is losing control of the Turkish-Syrian border that it needs. And with its lifeline cut off, a ‘Day of Judgment’ looms. 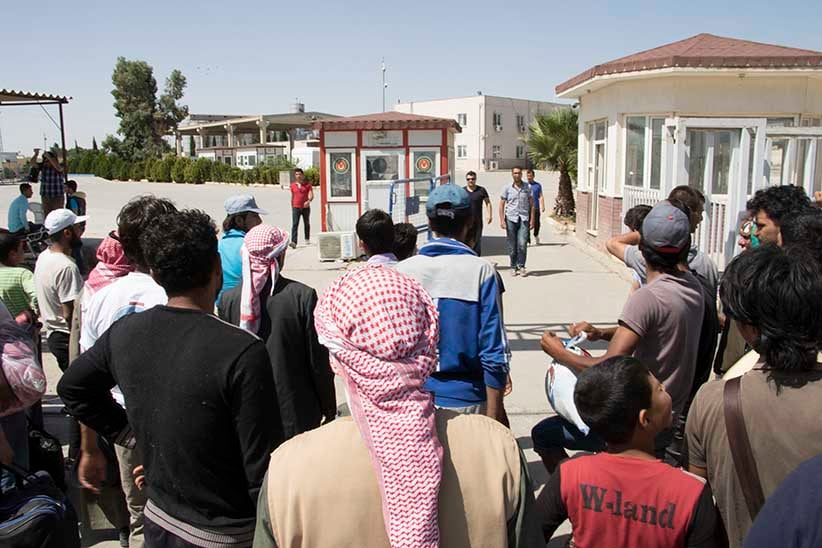 Of the dozens of refugee families camped out at the border post separating the Syrian town of Tel Abyad from its Turkish counterpart, Akcakale, the Kurdish family is the only one celebrating. They don’t have much—a five-by-five-metre patch of concrete, and the meagre belongings they managed to carry with them during their hasty retreat from Tel Abyad—but they say they now have hope.

“We cried with joy when Kobani was liberated,” says the family’s matriarch, refusing to give her name. “And now for the Kurds to take Tel Abyad . . . this is a big deal. We finally believe that it is possible for [Islamic State] to be defeated.”

Related: How Kobani was won

For nearly a year after the group that has conquered vast swaths of territory in Iraq and Syria took control of Tel Abyad, she lived in constant fear, unable to speak her native Kurdish and forced into seclusion, veiled from head to toe in the all-encompassing niqab, which she describes as the equivalent of “being in a microwave.”

That is all about to change. On June 15, Kurdish forces, in concert with Syria’s moderate opposition and supported by U.S.-led coalition airstrikes, drove Islamic State fighters out of Tel Abyad in what was the easiest victory they have had during the six months in which they began taking the fight to the world’s most notorious jihadists.

It is also the most significant. Tel Abyad—a largely Arab town less than 100 km north of Islamic State’s self-proclaimed capital, Raqqa—is part of a vast swath of land along Syria’s border with Turkey, arguably the most important international transit zone in the world right now. Until last week, a significant portion of it was controlled by Islamic State, one of the few places in the areas under its influence that gave it access to the outside world. Without it, the group would be cut off, both from incoming supplies, including foreign fighters, as well as from outgoing trade, particularly precious black-market oil—one of its key sources of income.

Related: How to beat Islamic State—though it won’t be pretty

Despite all the hype, 2015 has not been a good year for the would-be czars of Sunni Islam. While the world’s attention has been distracted by its spectacular gains in places like Ramadi and Palmyra, it has been suffering more important strategic losses along the Turkish border. Last January, Kurdish militias in Kobani, 70 km northwest of Tel Abyad, led by the People’s Protection Units, known locally as the YPG, broke a months-long Islamic State siege, sending its fighters racing back to Raqqa. They then began an advance that has put fear into the world’s most feared militant group, clearing the northern countryside along Turkey’s border, with the help of Free Syrian Army (FSA) militias and supported by coalition air strikes. After their most recent advances, estimates are that Islamic State fighters now control no more than two per cent of the border region.

Islamic State military commanders know how much that border matters: Since the group’s dramatic expansion in the summer of 2014, they have invested massive resources in trying to make sure their access to it remains open. In September 2013, they attempted, and briefly succeeded, in taking Azaz, a border town 50 km north of Aleppo controlled by a mix of Syrian rebel groups, and, since the end of May, have been pushing to take it again. In June 2014, after a brutal six-month battle with the Free Syrian Army, Islamic State took control of Tel Abyad and turned it into one of its key supply routes. Three months later, the group deployed a large column of tanks and heavy artillery to Kobani in an attempt to secure more of the border.

All those important gains have been lost in a matter of months and, along with them, the smuggling routes that have kept Islamic State’s ranks growing. In Akcakale, local smugglers say their business has dried up since Kurdish forces pushed Islamic State out. “It used to be easy for us when Da’esh was in control,” one smuggler tells Maclean’s, referring to Islamic State by its Arabic acronym. “We would give the Turkish soldiers half of our fee, and they would let us come and go. On the other side, Da’esh was happy to take the new fighters. But the YPG is worried about the people crossing over, even if they are only civilians. They think everyone—if they are Arabs—are going to join Da’esh, so they arrest them. People are too afraid to try to cross illegally, so I’ve had to stop my business for now.”

Crossing the border from Turkey just got measurably harder for anyone considering joining Islamic State, but, more important, the Kurds have proven that, given a motivated fighting force, success against Islamic State is possible with minimal outside help. According to the most recent updates from the Syrian Observatory for Human Rights, the Kurds and their FSA allies have now moved on from Tel Abyad, and have taken a military base 55 km north of Raqqa. The speed of the advance has reportedly put the Islamic State on the defensive. According to one source, Islamic State has told all Kurds in Raqqa to leave the city in three days.

“It’s as if the Day of Judgment is coming here,” an activist inside Raqqa tells Maclean’s by telephone, requesting anonymity. “Mosque loudspeakers have been warning people to prepare for a siege. Every day, I’m seeing columns of fighters moving toward the north.”

It could be a matter of days before what may be a decisive battle comes. Some have even begun to call the fall of Tel Abyad Islamic State’s own Gettysburg. While that may be overly optimistic, there is no doubt the Kurds have begun to turn the tide of this brutal war. They have locked Islamic State into a geographical space with dwindling access to the outside support it needs to survive. Next is their capital and, potentially, their eventual demise.