The show will go on, sewage and all 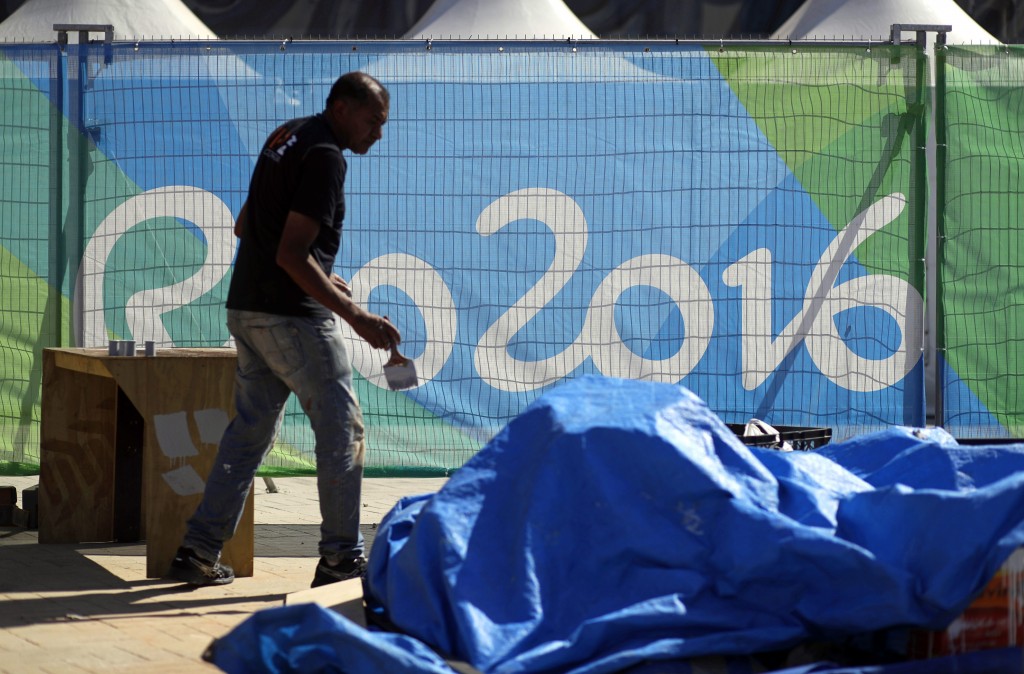 Rio isn’t ready. The waters of Guanabara Bay, where the Olympic sailing and windsurfing competitions will take place, are still filled with garbage and human excrement, not to mention the occasional corpse. The newly constructed Athletes Village in Barra de Tijuca is a mess of leaking pipes, hanging wires and crumbling plaster. More than one million tickets remain unsold as foreign spectators shy away over fears of crime and the Zika virus, while locals grapple with the high prices.

The 2016 Summer Games are over budget and underfunded, forcing the city’s acting governor to declare a “fiscal state of emergency” in June to access $1.1 billion in federal government loans to pay for security and finish a subway extension to the main Olympic site. The local cops — when not busy kidnapping visiting athletes and shaking them down for cash — are threatening to strike over delayed salaries and budget cuts. The national economy, which has been in free fall for three years, shed 91,000 more jobs in June, bringing the unemployment rate to 11.5 per cent. And Dilma Rouseff, Brazil’s president, will skip the Opening Ceremony on Friday because she is technically suspended from her job and facing an impeachment process.

Rio’s bad news cycle began back in the spring of 2014 when a senior International Olympic Committee official declared the city’s hapless, slow-motion preparations “the worst” he had ever seen. Herculean efforts since — spurred by threats to move the festivities elsewhere — have resulted in the 32 venues being more or less presentable (floaters aside). But all that hard-won progress won’t save Brazil’s scenic, seaside metropolis from the savaging yet to come.

Crapping on the hosts, you see, is as much an Olympic tradition as the torch relay, judging scandals and failed doping tests. The dire predictions start appearing years in advance, gel into a media consensus as the Games near, then peak when the British press arrive and find that their hotels lack sufficient quantities of both hot water and warm beer. “Vancouver Games continue downhill slide from disaster to calamity,” was the headline on a February 2010 story in the Guardian, opining that the mix of rain, warm temperatures and Canadian jingoism had set the city on a path to the “worst Games ever.” Following the death of Georgian luger Nodar Kumaritashvili on the Whistler track, the Daily Mail upped the ante, suggesting Canada’s “cheating” and “lust for glory” bore the blame for the tragic accident and that a Maple Leaf be affixed to his coffin. (The paper’s point, such as it was, being that foreign athletes were given limited pre-competition access to the sliding centre.)

The reality is that no host city is fully ready for an event as sprawling and complicated as the Olympics. There are always hiccups, challenges and flat-out failures. In Montreal in 1976, where labour troubles delayed construction and sent costs soaring, they were still cleaning up debris as the athletes marched into the stadium for the Opening Ceremony. Atlanta 1996 lives in infamy — among journalists at least — for a transportation nightmare that featured endless lines, buses getting lost en route, and drivers pulling over to the side of the road and quitting. At Athens in 2004, the landscaping was mostly dirt and venues were still being painted as the Games began. Security-conscious organizers in Beijing in 2008 kept the crowds away from the main Olympic green until sponsors complained about the dearth of people visiting their multi-million-dollar pavilions. Even London 2012 stumbled out of the gate as the army had to be called in to make up for a shortfall of private security guards, and supposedly “sold out” venues featured swaths of empty seats.

The current champions of Olympic dysfunction are the Russians, who spent US$55 billion on the 2014 Winter Games with little to show. (Much of the cash went directly into the pockets of the country’s oligarchs.) The Adler–Krasnaya Polyana “high-speed” rail link cost $8.7 billion and still managed to be much slower than the buses that ran on the highway alongside. The press arrived to find their rooms weren’t ready because the builders hadn’t yet finished constructing them. Brown water, packs of stray dogs, spectator plazas that were devoid of spectators — the Black Sea resort town had it all, including a viral #SochiProblems hashtag featuring pictures of Russian workers painting the grass green, and washrooms with two toilets and no privacy dividers.

#RioProblems is already a thing, and will only get bigger. A week before the Games kicked off, TV reporters were already lined up to shoot stand-ups next to a pool of raw sewage 50 m outside the Athletes Village fence. Cops have been demonstrating at the airport as the world arrives, holding up English signs reading “Welcome to Hell.” The Associated Press reported that someone vandalized a new downtown streetcar by spray-painting “Fancy transportation, trashy hospitals” on its side, while teachers have been picketing outside the training ground for Brazil’s soccer team, protesting cutbacks to education. An opinion poll released at the end of July found that two-thirds of Brazilians now believe that Games aren’t worth the money and the trouble. 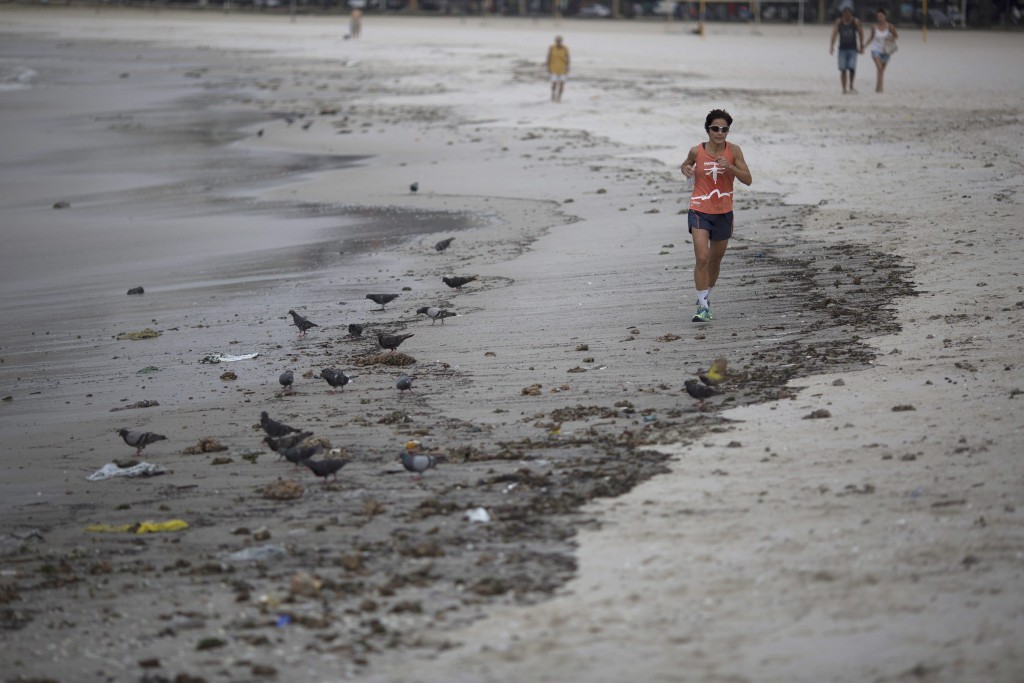 A woman runs next to the trash that litters the Botafogo beach next to the Sugar Loaf mountain and the Guanabara Bay in Rio de Janeiro, Brazil, Saturday, July 30, 2016.(AP Photo/Leo Correa)

But the problems and protests have become such a feature of a modern Olympics that almost everyone involved is ready for them. Test events and site visits in the months before the Games provide athletes and officials a clear indication of the hurdles ahead. The Canadian Olympic Committee has had people on the ground since mid-July, trying to ensure that the Athletes Village is inhabitable. (According to a report in a Rio newspaper, some teams, including the Americans, Dutch and Italians, have had to hire their own tradespeople to finish their rooms.) Potential issues like Zika, crime and terrorism have actually been a bigger concern. “The safety of the Canadian Olympic team — including our support staff and volunteers — is always our first priority,” explained Chris Overholt, chief executive officer of the COC. “RCMP officers have accompanied us on site visits, and we’re in constant contact with the Brazilian authorities and other countries to share information and advise us on matters of security.”

Athletes bring the comforts of home — pillows, snacks, entertainment — with them, and endeavour to focus on the task at hand, rather than the distractions. Marathon swimmer Richard Weinberger, who won bronze for Canada in London, will spend two hours in the marginally less-polluted waters off Copacabana Beach on Aug. 15. In an interview with Maclean’s he shrugged off the water quality issues. “It’s not as bad as people think. It’s been kind of overblown,” he said, noting that neither he, nor anyone else from the Canadian team, got sick after the test event last summer. “We’re well taken care of and take the right precautions to avoid sickness.” Failing that, Weinberger always has his fallback — a can of Coke to be chugged as soon as he exits the water. “Supposedly it kills all the bacteria in your stomach,” he says.

Rio won’t be perfect, but it also won’t be as bad as people fear — or in the case of the media, hope. The pattern is well established: the athletes march, the Olympic flag is raised, the cauldron gets lit and then people start winning medals while the world watches and cheers. The Brazilians will have 85,000 security personnel on hand — more than double the number deployed in London — to deal with crime and ISIS wannabes. Men in rubber suits will douse the venues with so much insecticide that it might even mask the stench of the water. And it’s still possible that the city will manage to get that new subway line up and running on time. (It is currently slated to go into operation four days before the Opening Ceremony.)

Rio isn’t ready, but the athletes are. And in the end, that’s all that really matters.