Why men shouldn't get the credit when women win in Rio

Sports lingo overwhelmingly treats male achievement as superior, and looks to the nearest man whenever a woman strikes gold 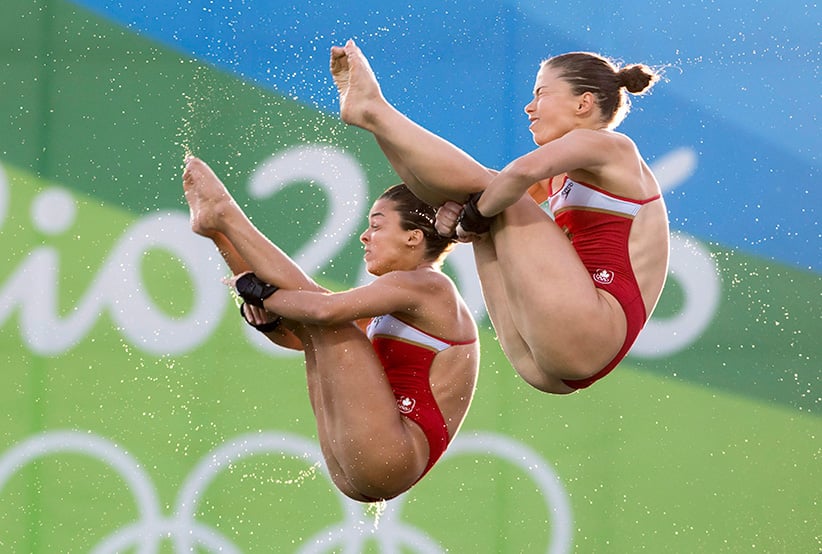 It took only a few steps from Brazilian supermodel Gisele Bündchen during the Opening Ceremony for the CBC’s Peter Mansbridge to quickly recognize who was doing the walking. His question: “Isn’t that Mrs. Tom Brady?”

It’s not how most people would first describe a woman who was once the highest paid model in the world, and whose career earnings exceed US$430 million (that’s compared to her football-playing husband’s career paycheque of roughly US$162 million). Before Bündchen had even finished her trip down the catwalk, Rio already had its first instance of a media personality defining a woman based on her husband.

And no one had even won a medal yet.

Things haven’t gotten much better for the female athletes. American swimming superstar Katie Ledecky was dubbed “the female Michael Phelps.” When Majlinda Kelmendi became the first person from Kosovo to ever win an Olympic medal, gold in the women’s 52kg judo final, a BBC commentator described the final as a “catfight.” And when three-time Olympian Corey Cogdell-Unrein won a medal in trapshooting, the Chicago Tribune didn’t even mention her name in a tweet about her achievement—instead proclaiming that the wife of a Chicago Bears football player won bronze. (The paper later noted it was simply trying to make a Chicago connection.)

Back in Canada, the nation has reason to be more than proud of its female Olympians. As far as Canadian medal winners go, they’re the only sex thus far to bring any hardware back to the Olympic Village (one silver and four bronze). Four years ago in London, only Rosie MacLennan won gold for Canada.

Canada’s biggest story of the Rio Games so far is Penny Oleksiak, the 16-year-old swimming phenom who helped Canada win bronze in the 4×100-metre freestyle relay before winning an individual silver medal in the 100-metre butterfly a day later.

The following morning, in interview-acrobatic feat, Ron MacLean managed to steer the conversation from Oleksiak’s silver medal-winning performance to a video of her older brother’s NHL draft day. MacLean then asked if Oleksiak’s brother has ever told her stories about Dallas Stars captain Jamie Benn. “I haven’t heard a lot about Jamie Benn but I’ve watched him play,” Penny answered.

Waiting for Ron Maclean to ask Penny Oleksiak what she needs to do in third period to slow opponents through the neutral zone. #CBCOlympics

MacLean also prompted a video of Penny’s brother scoring his one and only NHL goal—never mind that Penny already has two Olympic medals around her neck. And if the Oleksiak family were not in Rio, but instead back home, they could have picked up a copy of the Toronto Sun with Oleskiak on the cover with the headline: “Pretty Penny.”

Sarah Grieves isn’t surprised when she hears women in sports described in those terms. Grieves isn’t an Olympian, but rather a language researcher at Cambridge University Press, which recently completed an analysis of how men and women are talked about differently in sports coverage, including speech patterns and how certain words fit together.

Starting with a domain containing several billion words from more than 20 years—from newspapers to blogs to social media—Grieves’s team found that “man” or “men” gets three times as many mentions as “woman” or “women” in sports coverage, while the term “ladies” or “girls” appears much more frequently than the male equivalent of “gentlemen” or “boys.”

Sometimes the word “women” appears, but for the wrong reason. “You see women’s football,” says Grieves. “But for the men, it’s just ‘football.’ It’s very rare to see ‘men’s football.’ As if men own the original term for the sport. The same dichotomy occurs with cycling, horse-riding, golf and, according to the research, track and field events. So while Jamaican Shelly-Ann Fraser-Pryce is the two-time reigning Olympic champion in “women’s 100-metre,” her countryman Usain Bolt has the distinction of being the two-time reigning 100-metre Olympic champion—not “men’s 100-metre.”

On the track—or pitch, or field, or court—the coverage steps up its polarization. For competition, words often tied to men included “dominate,” “battle” or “beat.” And which verbs were used associated with women in competition? “Strive,” “compete” and “participate.”

So in addition to the plethora of upsetting anecdotal stories piling up with every Olympics, “this is empirical evidence,” Grieves says. “These things are happening. It’s backed up by this research.”

And the research doesn’t look much better when media describe the athletes themselves. The men get to be “big,” “strong,” “great” and “fastest.” But they are rarely—if ever—described with the following terms that pop up for media coverage of women at the Olympics: “aged,” “older,” “pregnant,” “married,” or even “unmarried.” Somehow, “unmarried Jamaican sprinter Usain Bolt wins men’s 100-metre dash” isn’t a common sentence in newspapers.

And yet, as Jessica Ennis Hill returns to Rio to defend her Olympic gold medal in heptathlon from London 2012, plenty of media coverage from the U.K. is focused on her recent marriage and “post-pregnancy” performances, not her attempt to repeat her gold-medal performance.

But winners aren’t treated much better. When Hungarian swimmer Katinka Hosszu broke the world record in the pool for the 400-m individual medley over the weekend, the cameras turned to her coach (and husband) celebrating in the crowd, to which NBC announcer Dan Hicks said: “There’s the guy responsible for turning Katinka Honsu, his wife, into a whole different swimmer.’

And in the face of accusations of sexism, Hicks replied later, saying: “With live TV, there are often times you look back and wish you had said things differently.” He then added: “It is impossible to tell Katinka’s story accurately without giving appropriate credit to Shane, and that’s what I was trying to do.”

If only the coaches behind victorious male Olympians were given such credit on live TV.