Pyeongchang 2018: How can Patrick Chan fall and still finish first?

Believe it or not, it's because figure-skating judging has gotten more honest 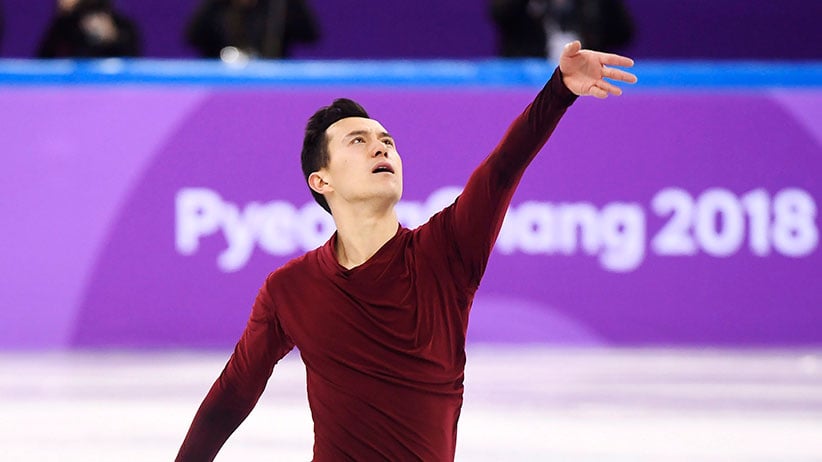 Patrick Chan fell to the ice on his first triple axel. On his next jump, he lost enough balance that his hands touched the ice. And on earlier planned triple axel, a poor takeoff forced him settle for a double; he didn’t land that one well either. It was far from a flawless routine from one of Canada’s most decorated figure skaters, yet when the scores came up from the judges—Chan sat in first place—the position he held until the end, earning Canada 10 points in the team skate.

The casual viewer can be forgiven for asking: how on earth did Chan finish first when he seemed to be falling or stumbling all over the ice?

The reason is partly that we’ve left behind the days when it appeared figure skating judges, through gut feeling (or perhaps bribery), racked up scores up to a maximum of 6.0.

The current point system involves each element of a routine having a base score set in stone, depending on its degree of difficulty. Judges can then add or subtract a certain amount points based on execution. And the scoring system rewards skaters trying to push the boundaries in degree of difficulty, to the point that one can earn more points falling on a hard jump than landing an easy one.

RELATED: Patrick Chan proves he can deliver under pressure

For example, under Skate Canada’s points system, a skater who falls badly on an attempted quad lutz could earn 8.6 points for the failed jump (13.6 base points, minus 4.0 for poor execution, minus 1.0 for falling), while another that perfectly executes a triple lutz would get 8.1 points (6.0 base points, plus 2.1 for execution).

All of which is to say, when Chan opens his routine with two very difficult quadruple toe-loops (one of which was combined with a triple toe-loop) and lands them all, he’s already built himself a huge lead over his competitors—only two of whom even attempted quads (and both of them fell on their quad attempts).

Now, before anyone gets the idea that falling down while trying quads during an entire performance is a sound plan to get points, there are still other unfactored components for the judges at the end, like skating skills and performance. It’s tough to give high scores to skaters flailing about on the ice the entire time. (Plus, you actually have to fully rotate four times in the air to get the base points for an attempted quad, which is no easy feat.)

Meanwhile Chan, aside from one fall and one slip, had a fairly strong routine. His first jumps—a quad toe with a triple toe combination, followed by another successful quad in his next jump—had him skating with 30 points under his belt after only the first two elements of his routine. His closest competitor hadn’t surpassed 30 points until he was at his sixth part of his routine.

Had Chan missed his first quad, or if his two closest competitors had landed one, he likely would have finished in third place. But by the time the final scores were tallied—falls, slips and all—Chan had done enough to eke out a first-place finish, in large part because he was the only one to land a quad flawlessly that day. And he did it twice.