It wasn't the most golden of Games for Canada, but overall Canadian athletes have never won more winter Olympic hardware 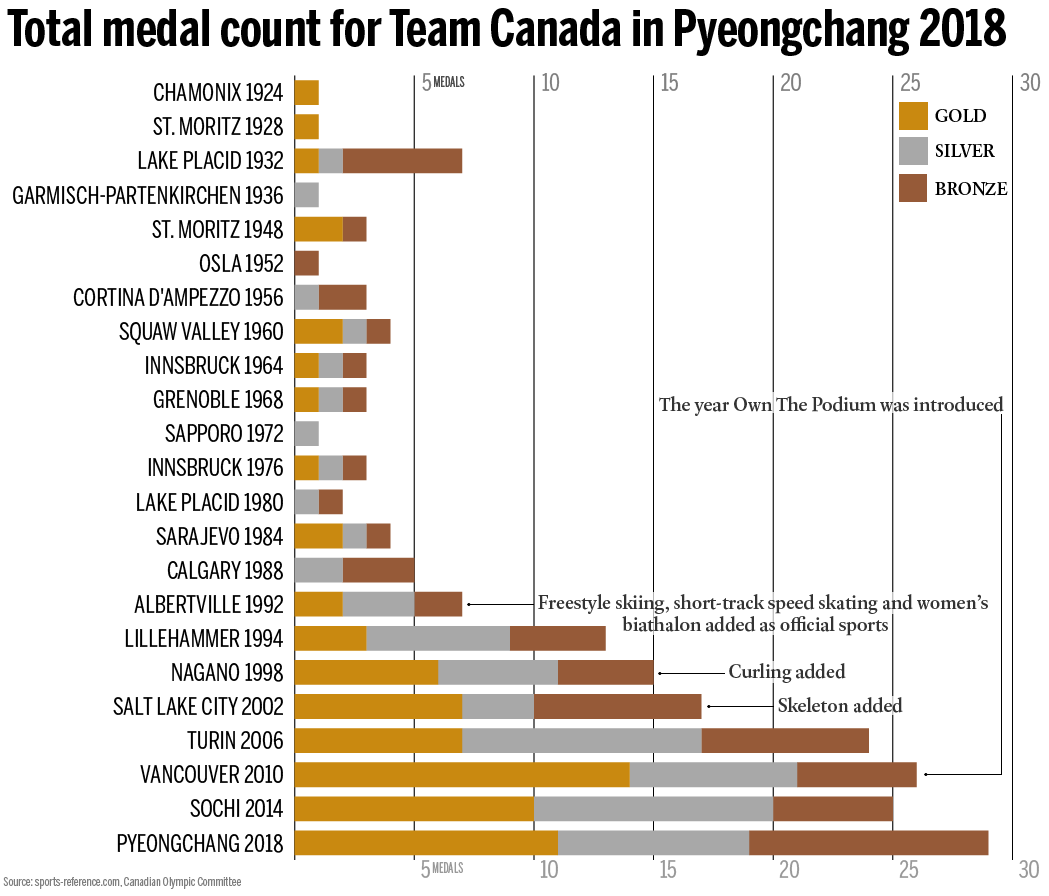 With 29 medals won (11 gold, eight silvers and 10 bronze), this year’s Olympic medal haul surpassed the previous high of 26 medals from the Vancouver Olympic games in 2010.

Canada finished third in the overall medal count, behind Norway with 39 medals (14 of both gold and silver, 11 bronze), and Germany with 31 medals (14 gold, ten silvers, seven bronze).

While Team Canada beat its overall medal record, it didn’t quite match the record for number of gold medals won at an Olympic Games. The current gold medal high still belongs to the Olympic Games where athletes had the hometown advantage: the Vancouver games in 2010. Team Canada kept 14 gold medals at home that year.