In Sochi, there were stray dogs; in Rio, stray bullets.

It started on Saturday at the Equestrian Centre—far from the Olympic Shooting Centre firing range—that a bullet shell landed feet from photographers. It passed through the tented roof; there was no shortage of cameras to document the evidence. 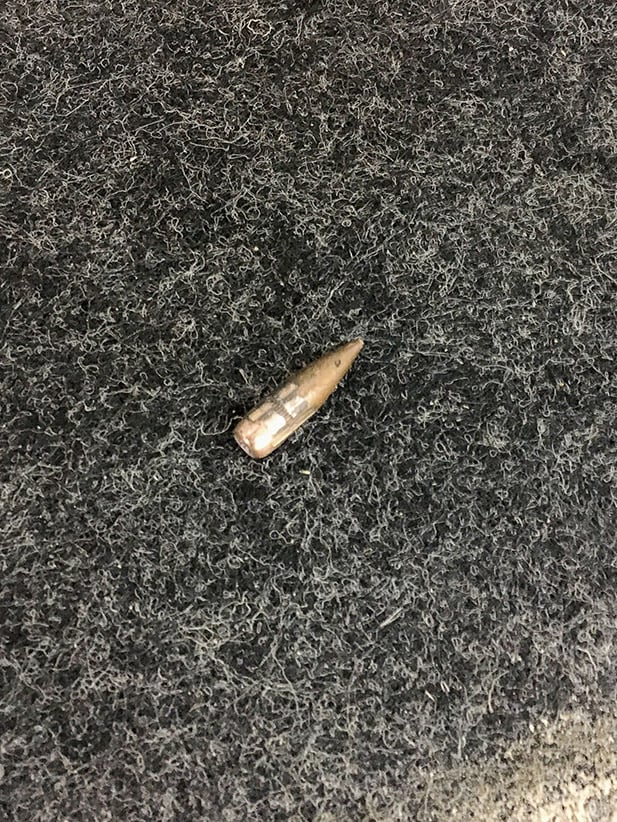 Early speculation was that it came from the military base next door, but officials later said it stemmed from gunfire out of a nearby slum where someone tried to shoot the police blimp (and its cameras) above.

“Following the shooting of a bullet into the media workroom tent at Olympic Equestrian Centre on Saturday, police arrested one guy with a rifle (Wednesday) morning in an area about two kilometres from here,” Lt.-Gen. Luis Ramos explained at a briefing. “I know this part of the military village and you are safe.”

Those in attendance—initially there to cover dressage—can be forgiven if his words weren’t reassuring. Earlier on Wednesday, police found a second bullet at the venue—closer to the stables—after which a Rio spokesperson told Reuters they are “trying to find out what really happened.”

Whatever the conclusion, it will surely not convince everyone. On Tuesday, two windows on a media bus were shattered, leaving two inside bleeding. “First findings of the forensic study confirm that the bus was hit by a rock, which is also worrying and terrible,” said Luiz Fernando Correa, the Games’ security director.

But that doesn’t explain the “pop, pop” of gunfire one journalist heard before the glass shattered. “Two points of impact, the bus moving a good 45-50 miles per hour down a highway,” Lee Michaelson, a writer for Hoopfeed.com (and retired Air Force captain), told media. “To hit at exactly shoulder-to-head level, in the windows? They should add that to the Olympic Games.”

Images of the damage caused to a media bus when it was attacked while travelling between venues at #Rio2016 pic.twitter.com/GQHwX0KMiv

Thus far, there have only been reports of minor injuries and Rio organizers promised increased security. “Yes, we are convinced we can guarantee the safety of journalists, athletes and every guest here,” said Rio’s spokesman Mario Andrada. “That’s our primary responsibility and we can guarantee it.”