A look at nearly a century of Canadian winter Olympians shows that relative to its size, the tiny town has made its mark like no other 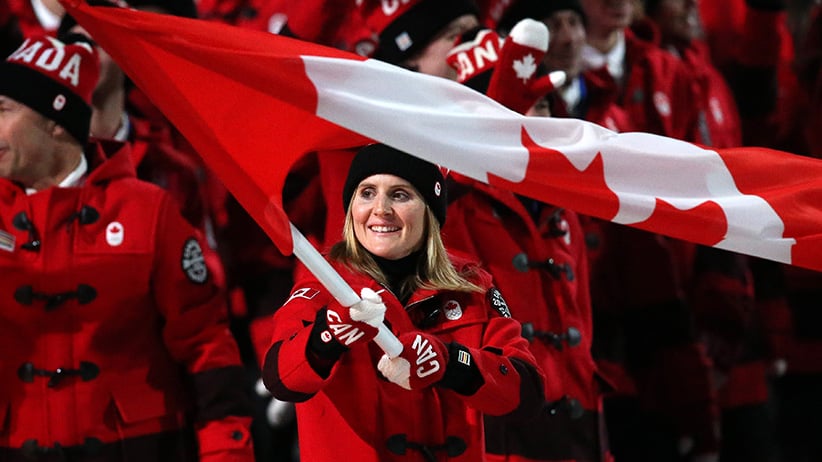 Hayley Wickenheiser, the flag bearer for Canada during the Opening Ceremony of the 2014 Winter Olympic Games, hails from Shaunavon, Sask. (Photo by John Berry/Getty Images)

Like so many other small prairie towns Shaunavon, Sask. boasts of “wide-open prairies dotted with ranches” and “yellow fields of swaying grain.” To that, the community of 1,800 people in the southwest corner of Saskatchewan can add something of an Olympic record: the town has produced more Winter Games athletes per capita than any other Canadian town or city.

One of those athletes, Hayley Wickenheiser, is also one of the few Canadian athletes to compete in both the summer and winter Olympic games.

Unsurprisingly, Rossland, B.C., a town “nestled in the crater of an ancient volcano” and known for its powder skiing, produced the second highest number of athletes per capita (160 athletes per 100,000).

Toronto, the largest city in the country, was the birthplace of the most winter Olympic athletes (130), but when the sheer size of the population is accounted for, it has one of the lowest proportion of athletes (4.8 per 100,000).

How we did it: Maclean’s collected the birthplace of every athlete who has competed in a Winter Olympics games for Canada since 1924 from sports-reference.com.

We connected each athlete’s birthplace to the most relevant census subdivision, geographical divisions used by Statistics Canada. Using the population for each census subdivision from 2016, we calculated the number of athletes per 100,000 people. To be included, towns and cities must have produced at least two athletes, at least one of which competed in the Winter Olympic Game since 1998.