Tabatha Southey: Reflecting on 2018 is basically the equivalent of wading through waist-deep swamp water infested with racist leeches. So instead of a Year in Review, here's a Review of Years. 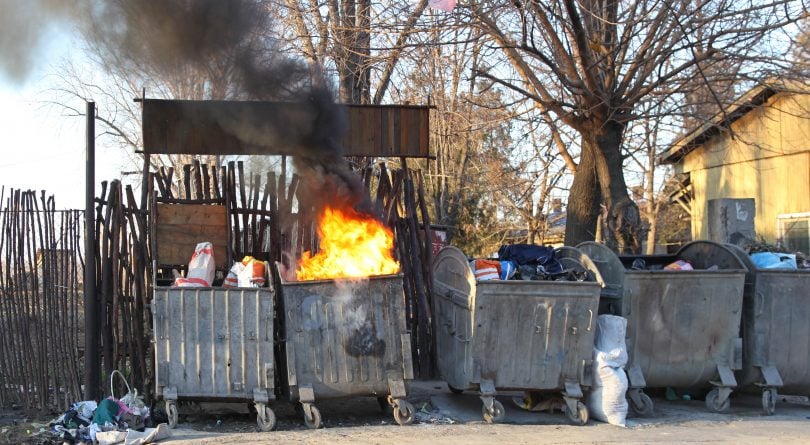 The Year in Review column is a New Year’s tradition and not one I’m opposed to under normal circumstance. There can be value in reflecting upon just how much has happened, and how much has changed, over the past 365 days. But this year, I find I just can’t do it. When it comes to 2018, the usual relaxing, low-effort work of going back over the year’s news, compiling it all, and ending with some vague, feel-good statement about how the previous year went and what I predict the New Year will bring feels Herculean.

What should be a walk in the news park for this columnist before meeting friends for drinks is, at the end of our year of Oh, Good Lord, 2018, the listicle-writing equivalent of wading through waist-deep swamp water infested with racist leeches that have learned to speak just so they can shout bad memes over and over again at the top of their little leechy lungs.

I will speak no more of 2018, except to say “Well, that was awful, let’s never do that again,” but those friends are still expecting me for drinks so instead of the Year in Review, I give you the Review of Years:

1517: Avoid. The Church is going through a nasty breakup and it is a whole lot of drama.

7: People are just about getting this whole “year” thing down. A great year to check out: the growing pains are over, but things haven’t been standardized yet, people aren’t afraid to experiment. I’m super into the early years.

1984: Overhyped and a bit on-the-nose. Honestly, Homage to Catalonia is a better read.

1969:* Was a common year starting on Wednesday of the Gregorian calendar. Thinks it’s soooooo special, just because it was the year a human being first walked on the surface of the moon. You’re still just a common year, year.

2007: Lolcats explode in popularity and the whole Internet becomes pretty much unusable for a couple of years.

1662: Catherine of Braganza marries Charles II who receives control of Tangier and Bombay from Portugal as part of the dowry. The couple are quite disappointed as they’d made it perfectly clear they weren’t looking for anything Moroccan. Long story short, nice wedding, but I wouldn’t stick around for the reception. If you get a chance, pop over to Mauritius for your last chance to see a dodo.

1018: Two thumbs up. Now there was a year that knew how to be the 18th year after the turn of the millennium.

1974: Richard Nixon resigns. If you get a chance, pop over to Washington for your last chance to see America have a sense of shame.

1767: The modern restaurant is born in Paris and immediately starts promising its special “restaurant” health bouillon will “restore” you. That’s right, from the moment there is a restaurant, there is no escaping your friend Kathy dragging you out to try her newest health food obsession. 6/10.

1347: The Black Death reaches Sicily and begins to spread across Europe. 0/10: would not want to die an agonous gangrenous death again.

CORRECTION, Dec. 31, 2018: An earlier version of this article misstated the year the first human walked on the moon.