A Chinese-Canadian to his parents: 'Privately, I yearned for your love'

Growing up, actor Simu Liu constantly fought with his immigrant parents. Now, he sees through their eyes—and pays tribute to them 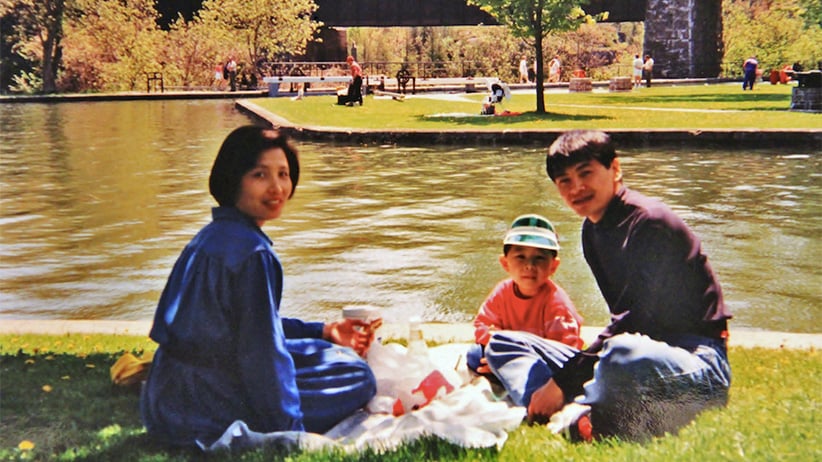 We talked on the phone earlier today. We talk all the time, actually—usually when one of us is in the car on the way to something, or when you’re wondering when I’m coming home for dinner next. We catch each other up on what’s going on—the auditions and gigs for me, the vacations and the gossip on whose kids are getting married next for you.

But we never quite say the things that actually matter.

Lately, I’ve been thinking a lot about the words we never say to each other, and to be honest, I think we’ve been doing this whole thing wrong for the past twenty-odd years. We never expressed affection toward one another; instead, we took every opportunity to criticize each other in some deluded obsession with eliminating every shortcoming in the pursuit of perfection. We’ve always been a family of actions over words, preferring pushing to praising, and letting “put on a jacket, it’s cold outside” stand in for “I love you.”

Any of my closest friends could tell you that I ride a rollercoaster of emotions when I talk about my complicated childhood—anger, sadness and resentment being the frontrunners. But I’m tired of being angry at my parents.

So I’m writing this letter to unpack my unsaid words, to thank you for all that you’ve done for me and to tell you that I love you. It’s about time we started, don’t you think?

I was born in Harbin, China, in 1989, a time when you were trying to leave the country—no easy feat, in Deng Xiaoping’s regime—to start a better life abroad. A one-in-a-million opportunity arose for you to pursue graduate studies at Queen’s University, and you took it. You had to. So Grandma and Grandpa raised me in Harbin until I was 5, when life had stabilized enough in Canada for you to bring me over. I was excited to finally meet my real parents and start my life in Canada, but I had no recollection of you—so when you returned in January of 1995, you felt like distant relatives.

When Dad came back, I slept with Grandma and Grandpa in their bedroom, as I had done all my life. They were my parents, as far as I could comprehend. 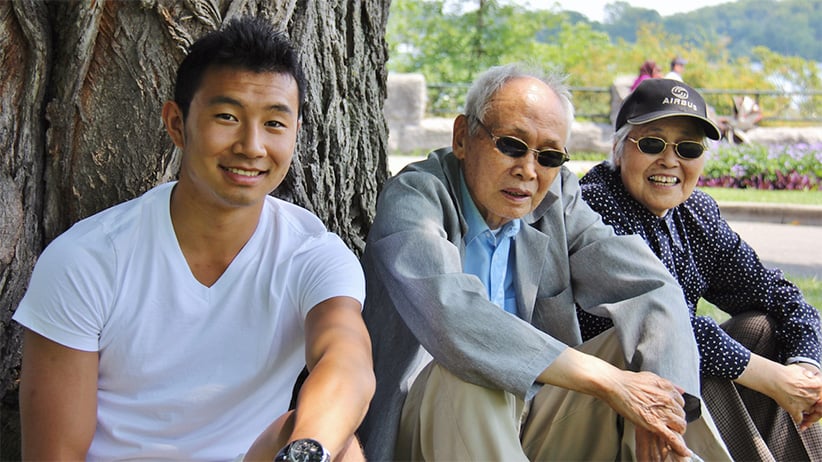 Liu, with his grandfather and grandmother, in 2011.

When we moved to Canada, life was an adjustment for a variety of reasons. Whereas Grandma and Grandpa were gentle and patient, age and wisdom had not yet calmed your fiery tempers. I often felt like you regarded me as a defective product: you had not been present for my early years, and so my idiosyncrasies left you confused and worried. Perhaps, in the same way that you were strangers to me, your son also felt like a foreigner to you. That rift would only widen as I adopted the values and norms of a culture that you were unfamiliar with.

We fought often. If I tripped on my laces, I was clumsy. If I scored below an A, I was stupid. If I wanted to hang out with my friends, I was wasting my time. I grew to resent the pressure you put on me, resolving to make your lives as difficult as you were making mine. I ran away from home in 2005 after a particularly bad fight, staying at a different friend’s house every day for a week. I spoke dismissively about you, told you I hated you, and that I couldn’t wait to leave the house. But privately, I yearned for your love and affection. I often fantasized about having the family I saw in the movies—the ones where everyone would talk like best friends and hug each other hello and goodbye.

I grudgingly continued down the path you laid out for me—getting into a prestigious business school and landing a stable nine-to-five job—until I couldn’t anymore. My job after graduation was at a top accounting firm, and it could not have been a worse fit for me. My superiors eventually caught on – in 2012, barely eight months into the job, I was laid off.

I was so embarrassed as I cleaned out my things in front of the entire office, but worse to me was the shame of having to tell you what happened. I considered throwing myself off my balcony to avoid facing you. Instead I made the decision to forge a path I could be proud of. I promised myself I would face you when I knew what that path would be.

That month, through a well-timed Craigslist ad, I found my way onto the set of a Guillermo del Toro movie as a minimum-wage extra and instantly fell in love with acting and filmmaking. I checked Craigslist every morning afterwards, applying for anything and everything I could. A few months later I booked my first national commercial and, unable to keep my new life from you any more, I finally came out to you as an actor. Five years later, serendipitous as it may seem, I am now playing myself on TV: a troubled kid, burdened by his relationship to his parents, trying to find his place in the world.

Today, although our relationship is the best it’s ever been, we still rarely talk about the past. I often catch myself replaying some of our worst confrontations in my head; it’s the unfortunate byproduct of a life spent mostly in conflict with you. But something is changing in me too, and I’m finding myself looking at the events of my childhood not through my lens, but through yours. 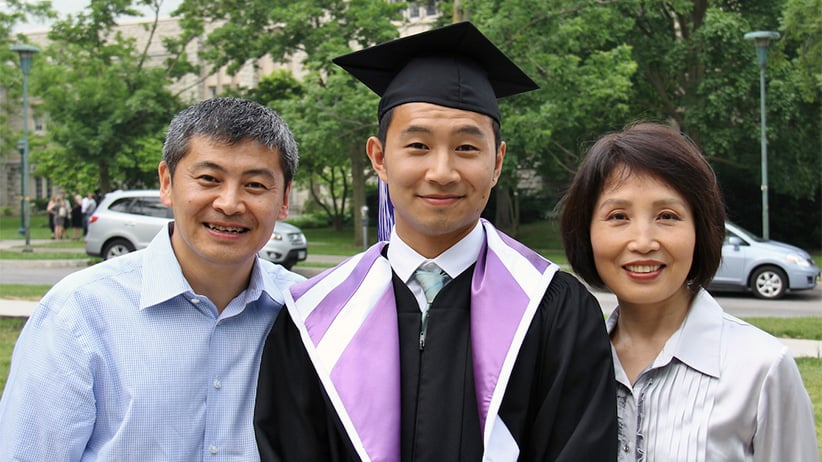 Liu, flanked by his parents, at his graduation from Western University.

In hindsight, I know that you were doing the best you could. Money was always tight, and so you worked hard and often; the alternative would have meant all of us going hungry. You pushed me as hard as you could so that I would never have to know the struggle of not knowing where my next meal would come from. And when I seemed to be squandering all that you had worked towards, you became frustrated. I would have been too. All I wanted as a child was a safe space, but there was no such thing for you—the threat of poverty was too great for you to risk taking your foot off the gas.

Despite some bumpy roads along the way, I believe that you have succeeded at everything you’ve set out to do. You built a better life for me. You made sure that I never had to worry about things like student debt or spending money. You instilled in me the idea that nothing could be taken for granted in this world, and that if I wanted something badly enough, I had to earn it through work. You made me into everything I am today—hardworking, ambitious, resilient—and I wouldn’t trade that for anything.

In November, you attended a screening of Kim’s Convenience at the Glenn Gould Theatre in Toronto. It was the first time you had attended any of my shows or events, and although I tried to downplay it, I was giddy with excitement on the inside. It was a perfect night: I was surrounded by the love of my friends and family, and it was better than anything I saw in those movies with the parents I dreamed of having. It took 28 years, but I finally realized that was the kind of relationship that I want with you every day. No more damaged kid. No more anger.

So it’s with a full heart that I want to tell you that I am grateful for all the gifts and privileges you bestowed upon me. I am so proud of everything you have achieved in your careers, despite overwhelming odds. You are my heroes and my inspirations, and I work hard every day not because it’s what you expect of me, but because it’s what you taught me to expect of myself.

Thank you. I love you. And don’t forget to bundle up; it’s cold outside these days.

This essay is part of Maclean’s Before You Go series, which collects unique, heartfelt letters from Canadians taking the time to say “Thanks, I love you,” because we shouldn’t have to wait until it’s too late to tell loved ones how we really feel. If you would like to see your own letters or reflections published, send us an email here. For more details about how or what to submit, click here.

FILED UNDER: Before you go China Editor's Picks Kim's Convenience