A letter to my first mother: You did not raise me but I consider you my mother still

‘I now realize I was never unwanted, but rather imperfectly loved by imperfect people,’ writes Brittany Penner to her birth mother 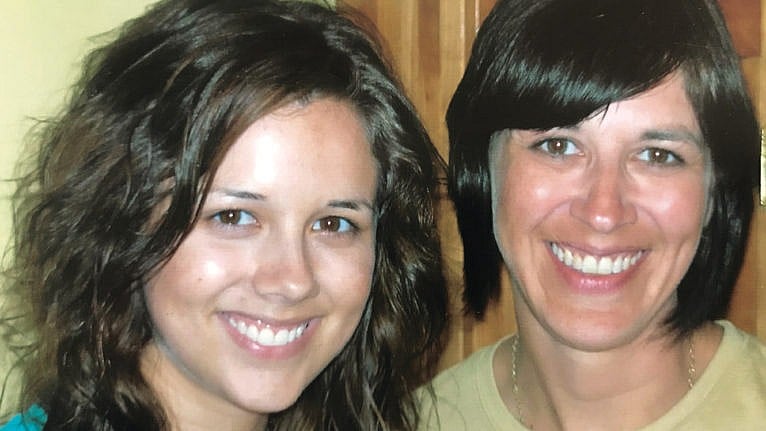 In 1989, you gave birth to a brown-eyed baby girl and all too quickly you had to say goodbye. That’s the choice that made the most sense to you at 17.

My biological father had moved away, wanting nothing to do with your pregnancy. Years before, your older sister gave a child up for adoption, just as your mother had initially done with her prior to taking her back. It’s a painful reality in which many young Métis women have found themselves for generations, and I imagine it wasn’t easy.

When you found out you were pregnant, you didn’t know what to do, so—as children often do—you pretended it wasn’t real. You didn’t have a prenatal appointment until seven months into your pregnancy, when you could no longer hide your swelling belly. My adoption papers indicate social workers warned potential adoptive parents that your smoking and drinking continued into your third trimester.

While your classmates celebrated the day of their graduation, you ushered me into the world. I think about when your eyes met mine. What was that moment like for you? Seeing me for the first time knowing it would also be one of the last. Did you breathe in my scent, trying to capture an entire lifetime in mere minutes, before the social worker carried me away? You left the hospital carrying a hospital bag, a sweater, an information pamphlet from Manitoba Child and Family Services (CFS), but no baby. Did your arms feel empty? Or did they feel weightless and right?

I was adopted into a Mennonite family who lived on a hobby farm and you spent over 20 years never knowing what became of me.

As a child, I thought of you often. With my eyes closed, I traced the contours of your face with my finger, but the details were always painfully blurred. I wondered if you had olive, tanned skin like I did. My adoptive mother, who I called mom, marvelled at how the summer sun darkened my shoulders to a purple hue, appearing even darker next to her fair, freckled skin.

Mom explained my adoption to me using Barbie dolls when I was four years old. Barbie and Ken could not have a child “of their own.” Skipper was pregnant, but too young, so she gave them her baby. From that day forward, any doll I had without porcelain skin was an adopted child in my mind.

Mom is much older than you and was unable to conceive a child with my adoptive father, who I call dad. It was a common occurrence in his family. His five biological brothers all struggled to conceive and opted to adopt children. Growing up with fostered and adopted siblings, cousins, aunts and uncles was my favourite part of childhood. I was surrounded by so many Indigenous children not living with their biological families that, at first, I thought it was normal.

I inherently knew my Métis ancestors fought to survive, long before I learned I have a biological connection to Louis Riel and Jean-Baptiste Lagimodière, my fourth great-grandfather. I knew I was Métis; my adoption papers told me as much, but I didn’t understand what this meant. Was I Mennonite or Métis? Was I of my parents or was I of you?

My parents struggled to understand why I had so many questions.

With no more information than what CFS had given us, my dad, a staunch advocate of the tough love with which he grew up, became easily frustrated. My mom crumbled under the weight of these conversations and I felt guilty for putting them both in such positions. I learned to keep these questions to myself.

You and I reunited more than a decade ago, but it hasn’t been a straightforward path. I struggled with navigating our relationship. We are so intimately connected, with the same crooked smiles and brown-yellow eyes. At the same time, it feels like we’re strangers, separated by a lifetime of unshared memories.

Recently, I wondered what would happen if I accepted that we may have a different mother-daughter relationship than I had initially hoped. Allowing space for my loss, I found the courage to reconnect with you again. I now realize I was never unwanted, but rather imperfectly loved by imperfect people.

And so, dear mother, although you did not raise me, I want you to know that I consider you my mother still. This truth does not undermine the parenthood of my adoptive parents. Rather, you are one of the colourful threads woven into the tapestry of my life and for that, I am thankful.

FILED UNDER: Before you go Editor's Picks Family Metis