A letter to the Canada-U.S. border: They said it would be different on this side.

Desmond Cole: Things are different, but not enough to save us. And once we cross over you, we must be quiet, like grateful and humbled guests in a museum. 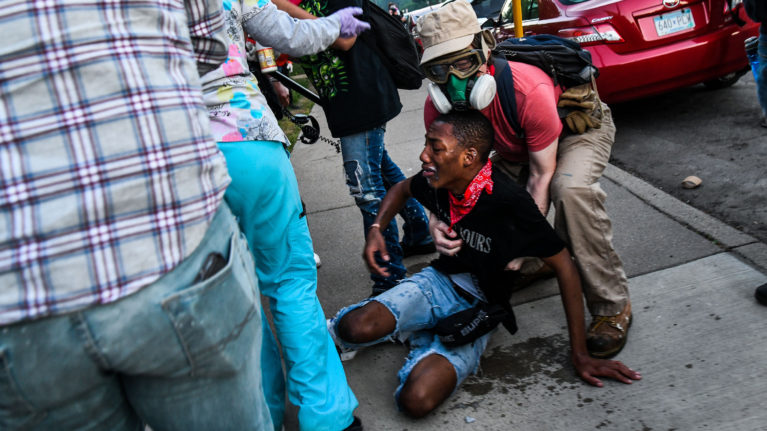 To the Canada-U.S. border,

You lied to us. You promised us things would be different on this side. They are, but not different enough to save us.

When I was a boy, I traced your shadow from underneath white paper through a page in my giant atlas. I didn’t understand how you could divide Lake Ontario in half, the same water with seemingly different owners and responsibilities. But I envisioned the magic moment when weary Black freedom-seekers passed through you like ribbon at the end of a marathon, as their white captors watched helplessly from their side of the line. You promised so much.

And things are different on this side. Every day our white majority wakes up to discover we are here, and by night they have forgotten us again. They say we are so few that we need not be counted, so they don’t know how many of us spent the day growing their vegetables, driving their cabs and nursing their elders. We say there are too many of us in jail, in child welfare, in immigration detention. They laugh and say, “Don’t be silly, you barely exist.” They tell us the real dividing line is the border.

We are African and Afro-Indigenous and Afro-Latinx, we are Bajan and Jamaican and Haitian. In their remembering, the white people will boast about this diversity, like the proud kid showing you his collection of marbles. But in their forgetting, when no one’s around to impress, they put us back out of sight. Once we cross over you, we must be quiet, like grateful and humbled guests in a museum.

Our Prime Minister has made a joke of our complexion more times than he can remember. He said he mistook us for a costume—he loves costumes. His supporters have warned us that if we don’t forgive him, a much more awful white man will replace him. They point in your general direction, and remind us how much worse things can be if we insist on being seen. They created you to have an elsewhere to send us back to.

Indigenous writer Leanne Betasamosake Simpson says her people have called that great divided lake Chi’Niibish rather than Ontario. The Nishnaabeg and other Indigenous peoples were here long before you were an idea. White settlers on either side of you could not destroy each other and didn’t need to. Instead they drew you up on maps and agreed to only steal from their own sides of the line. More recently they have agreed that Black freedom-seekers who try to cross the line must now be sent back.

Despite your insistence on dividing us, we can still see through you. We see Black people in the United States setting a country that is trying to kill them on fire, and we know they are fighting with and for us, making space for us to speak, too.

Things are very different here, but not enough to save us.

Desmond Cole is the author of The Skin We’re In: A Year of Black Resistance and Power.