A low-carbon world is coming Alberta

Ahead of COP26, Alberta oil and gas needs to get real about its future 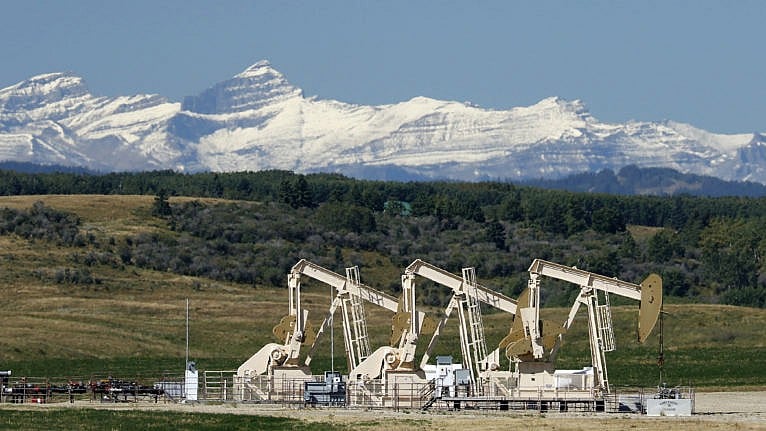 Dale Beugin is the vice president of research for the Canadian Institute for Climate Choices. Gord Lambert is a long-time leader in Alberta’s energy industry. Chris Ragan is the director of the Max Bell School of Public Policy at McGill University.

The stakes are high for Alberta on the road to Glasgow. Because here’s the thing about Alberta’s energy transition: the biggest challenge isn’t domestic climate policy, it’s climate policy everywhere else.

Ultimately, a low-carbon world is coming, no matter who’s in power in Edmonton or in Ottawa. Global market trends, which now care quite a lot about carbon and climate, are inexorable. Downplaying these trends—or wishing them away—isn’t a strategy. Instead, it’s time for Alberta to face that risk head on. The alternative is being stuck in yesterday’s economy, while the world moves on.

Yes, Alberta businesses are already working toward their own net-zero goals. They are correctly anticipating increasingly stringent Canadian climate policy. They recognize that consumers, investors and insurers value climate performance. Alberta’s oil and gas sector was among the first to report on emissions and other sustainability criteria. That action is admirable. It also won’t be enough to sustain Alberta’s prosperity.

READ: Alberta votes against equalization in a province-wide referendum

What does decarbonizing look like? Over the next few decades, global fossil fuel consumption will decrease as cleaner energy sources become more economical. With a shrinking world oil market, Alberta’s relatively high-cost oil will find it tougher to compete with lower-cost oil from other countries.

Even if the production of fossil fuels goes down to net zero, the consumption will still produce emissions. Alberta firms won’t be accountable for those downstream emissions given global accounting rules. But their customers will be, thanks to changes in policy. And as technologies get even cheaper, those customers will prefer electric vehicles to internal combustion engines, hydrogen to diesel, electric-arc furnaces to metallurgical coal.

The upshot is that the future will see less demand for Albertan oil and gas. That’s the risk that a major new report from the Canadian Institute for Climate Choices assesses by stress testing the Canadian economy.

Yes, uncertainty about the speed and timing of the transition remains. And yes, Alberta should continue to meet international demand while it exists. But ignoring the potential for sudden, dramatic shifts in international markets risks stranding expensive, long-lived Canadian assets that no longer fit into future economies.

With risks, however, also comes opportunity. Shifting international markets create potential for new success in Alberta that can be exported abroad. Alberta firms and innovators are well-positioned to leverage their comparative advantages to seize opportunities using things like hydrogen, carbon fibre or plant proteins.

How then, can Alberta position itself for the global economy of the future? How can it create new, diverse sources of growth to hedge against the risks? We offer three suggestions for policymakers and policy influencers.

First, Alberta should focus on climate policy certainty here at home by embracing a comprehensive, made-in Alberta plan. A commitment to stringent, long-term climate policy in the province—including economy-wide carbon pricing—can help companies prepare for transition while also creating demand for economic growth. A rising carbon price is a powerful incentive for the development of all things low-carbon.

Second, Alberta should help markets do what they do best by being actively involved in the growing conversation around risk disclosure. Better measurement of transition risk for Alberta firms will help ensure that capital flows to the firms, projects and investments that are more likely to be competitive in a low-carbon world. Metrics that allow fair comparisons of company performance will help ensure that global capital markets don’t default to broad-brush strokes that define risk based only on the sector in which they operate or the product they produce, rather than their true potential for prosperity.

Third, provincial and federal governments should focus on protecting future competitiveness. Carbon Capture Utilization and Storage (CCUS) has a role in Canada’s net-zero portfolio. But providing widespread, blanket funding for CCUS to reduce emissions from sectors facing declining global demand may not pay a long-term return in royalties, taxes and jobs. Instead, governments should focus on how they can help companies reposition themselves for success and incubate new companies in areas where global demand will grow.

That doesn’t mean abandoning carbon-intensive firms. It means helping them adjust to a cleaner and more prosperous future. In the face of a big global market shift, Alberta firms should see both risks and opportunities. Governments in Edmonton and Ottawa should be thinking about both. And nobody should be burying their heads in the sand.

The world is changing. It’s time to change with it.