A possible way forward for the burgeoning B.C.-Alberta trade war

Opinion: The Canadian Free Trade Agreement has a mechanism for interprovincial trade disputes. So why isn't it being used to defuse tensions in Canada? 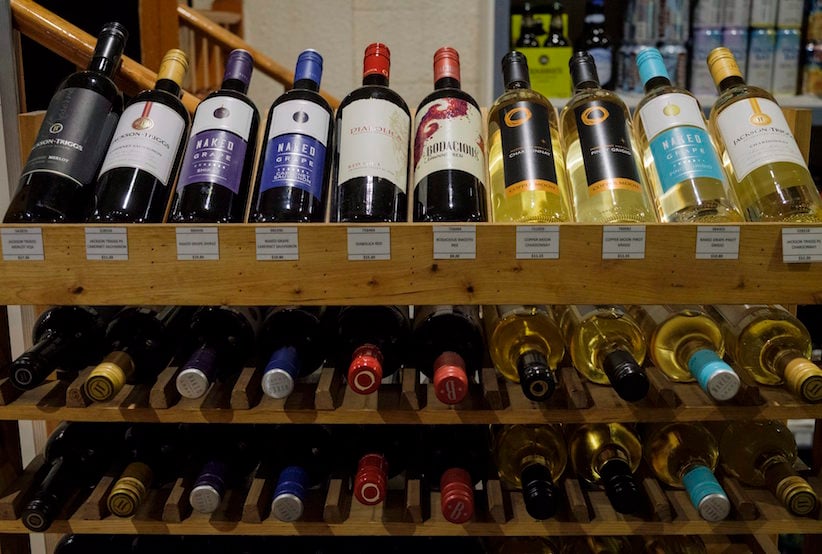 Ryan Manucha is pursuing his J.D. at Harvard Law School. He has worked in the trade policy section at the Canadian Embassy in Washington, D.C., and in the economic analysis group at the Ontario Securities Commission. He has BA in Economics from Yale University.

As British Columbia and Alberta trade broadsides over B.C. Premier John Horgan’s proposed regulations on shipments of oil-sands bitumen—prompting Rachel Notley to boycott B.C. wines—it’s enough to remind Canadians of trade disputes that can emerge between other countries, with their distinct interests and ratcheted rhetoric.

Indeed, this ongoing interprovincial spat doesn’t look much different from the disputes that regularly break out between nations—it’s the fact that it’s an internal fight that makes this seem particularly strange. But whereas international trade disputes have the World Trade Organization’s Dispute Settlement Body as a customary venue for resolution, domestic Canadian trade wars lack a similarly treaded arena for adjudication.

There is some good news, though: there is possible recourse. The newly minted Canadian Free Trade Agreement and its dispute resolution process represents a potential way forward to dealing with this growing crisis.

The World Trade Organization, which was founded in 1995, has catalyzed a typical pattern to dealing with trade disputes between countries. The process is exemplified by a 2008 spat between Canada and the United States, when the U.S. curtailed Canadian imports of beef and pork. Canada was prepared to levy punishments against the U.S., as is typical in the face of protectionist measures of a trading partner, mulling responses like additional tariffs on Californian mattresses, or perhaps border charges on Florida oranges.

However, as a member of the World Trade Organization, Canada—along with 163 other nations—has agreed to refrain from immediate retaliation when confronted with discriminatory trade regimes of other nations. Instead of embroiling themselves in destructive trade wars, member countries are to engage with the WTO dispute resolution process. Only a victory in a WTO courtroom legally entitled Canada to impose up to $1-billion worth of sanctions on the United States.

This legal path can take a good deal of time; the Canada-U.S. dispute took seven years. Moreover, even if a country is found to have violated its trade obligations, there is no guarantee that the country will actually remove the protectionist provision. However, there is significant value in a formalized structure for resolution. It provides certainty, and it can pressure countries to abide by their obligations.

All 10 Canadian provinces, three territories and the federal government have developed their own version of a WTO dispute resolution process under the recently negotiated Canadian Free Trade Agreement (CFTA), which replaced the 22-year-old Agreement on Internal Trade (AIT) in the summer of 2017. The CFTA sets the rules for barriers to trade between Canadian provinces and, importantly, it contains a dispute settlement procedure which lets provinces and territories formally lodge complaints against one another for infractions of the CFTA’s trading rules.

However, it lacks the same standing in the Canadian context that the WTO Dispute Settlement Body does in the international context. Whereas the WTO’s adjudicatory mechanism has ruled on over 350 cases and created a considerable body of precedent since 1995, Canada’s CFTA (and its AIT predecessor) has ruled on scarcely a dozen cases since its inception in the same year. As a result, there is a degree of uncertainty about what the CFTA option might yield for a complaining party. Additionally, the Agreement caps monetary penalties for violations of the CFTA at $10 million. This is a paltry sum when one considers the billions of dollars at stake in the case of the bitumen industry. Though a province may impose retaliatory measures after winning the legal battle, the CFTA requires that it first seek the blessing of an official committee.

READ MORE: How B.C. and Alberta can get out of their trade war before it’s too late

Under the CFTA, Alberta would have a strong claim under Chapter Three of the agreement. Alberta could argue that B.C. is violating its CFTA obligations by curtailing the movement of goods across provincial boundaries. In response, B.C. would have a similarly strong claim under Chapter Six of the agreement. B.C. could argue that its interests in environmental protection validate its decision to curtail bitumen transports. But these claims are ultimately speculative—which is why a decisive adjudicator is so important.

It’s also what makes this a golden opportunity to establish the CFTA and its mechanisms. Addressing this high-profile political controversy involving the flow of bitumen would legitimize and normalize the use of the CFTA dispute resolution mechanism. If Alberta were to launch a claim under the Agreement, it would set an important precedent for future trade disputes between provinces, and doing so would also help turn the CFTA mechanism into a commonly pursued channel to settle internal trade differences.

It would also offer political actors a safe harbour from the party politics that are unquestionably colouring this trade spat as Horgan and Notley play to their respective bases. By sending the resolution of the conflict to the hands of an impartial third party,  the provincial governments of both B.C. and Alberta can extricate themselves from continuing this path of a trade war. It’s time to take advantage of the processes we have available before this trade dispute spirals into an economic disaster.