A smart road map to lower carbon emissions? Look to Texas, of all places

Opinion: When it comes to balancing economic growth with reducing carbon emissions, the stars are oddly bright deep in the heart of Texas 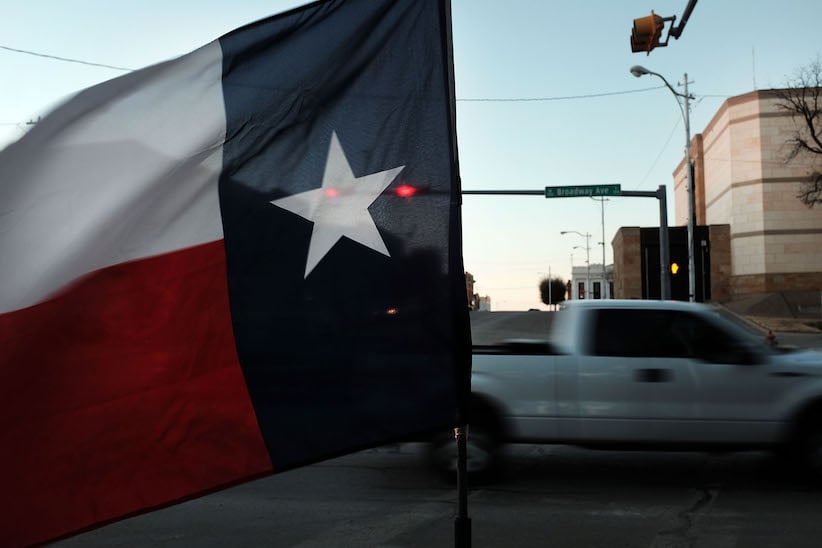 Mark Milke is an author, energy analyst and contributing writer to Canadians for Affordable Energy.

One marvellous aspect of promoting a country or region’s comparative economic advantage—location, natural resources, the education rates of a population—is that if it’s allowed to blossom, that advantage pays dividends in multiple ways.

Consider how Hong Kong’s natural geographic advantage was combined with the then-colonial British governing institutions—specifically, a commitment to the rule of law and laissez-faire economics—during its 150-year rule. This occurred when mainland China was mostly corrupt, in a civil war or communist—in reality and not just name. In contrast, Hong Kong’s citizens benefited from employment, income gains and rising living standards. For much of its territorial history then, it was a unique outlier in Asia.

Americans have long understood this necessity to twin natural advantages with opportunity-based entrepreneurial zeal. In the United States, energy in the ground—combined with technologies that have created new efficiencies in extracting that energy—is producing a production boom, the result of which is an increase in domestic jobs and rising wages.

But there has also been a remarkable environmental side result only some have noticed: falling carbon dioxide emissions. And the most remarkable decline has been in the state you might expect it least: oil- and gas-rich Texas.

A recent analysis from the U.S. Energy Information Administration noted that carbon emissions in 2015 fell by a record amount in the Lone Star State. Emissions were down a record 231-million metric tonnes with more than 60 per cent of the reduction occurring in just ten states, with Texas in the lead among the reducing states.

Much of the reduction is due to a drop in coal-fired electricity across America, and a spike in its replacement: natural gas-fired power. “Power plant operators reduced generation from existing coal-fired units in response to competition from lower-priced natural gas,” wrote the EIA in mid-November. In Texas, electricity fired by coal dropped by more than in other states, while its replacement rose more than any other state, year-over-year. That was accomplished without a carbon tax or regulatory-overkill and job losses.

The interesting thing about the American trend and Texas in particular is that when more natural gas is used, carbon emissions rise, of course—but that trend is more than counterbalanced by the reduction in carbon emissions from coal. The Energy Information Administration reports coal-related CO2 emissions in 2015 across all sectors decreased 231-million metric tonnes and natural gas-related CO2 emissions rose by just 43-million metric tons. It’s a nice trade-off that environmentalists should applaud.

This American trend—more gas, less coal, fewer carbon emissions—is not a one-year outlier, either. Between 2005 and 2015 and with only a few exceptions, the overall direction in carbon emissions is down. Energy-related carbon-dioxide emissions fell by 12 per cent over the decade. And it occurred in all major sectors: residential, commercial, industrial and transportation.

And here’s a useful measurement: Even though the American economy grew by 15 per cent in 2015 than in 2005, energy intensities—that is, the amount of energy needed to perform a task—and carbon intensities both declined. As the IEA writes, “in 2015, the United States used 15 per cent less energy per unit of GDP and produced 23 per cent fewer energy-related CO2 emissions per unit of GDP, compared with the energy and emissions per dollar of GDP in 2005.”

This is the reality of the American economy and its energy usage. More natural gas led to higher carbon emissions for that activity, but also led to fewer CO2 emissions overall because of the coal-to-natural gas switch. It’s been a win for the environment and the economy.

American policymakers appear to understand that helpful trade-offs, but the dynamic is not so appreciated among some Canadian politicians. Recall Vancouver city council and its anti-natural gas campaign. Or former politicians like Ontario’s onetime energy minister Glen Murray, whose ministry wanted all new homes after 2030 to be natural gas-free, a position that would be later massaged to demand carbon-neutral homes.

Or consider British Columbia Green Party leader Andrew Weaver, who has been relentless in opposing natural-gas extraction and export—and is attempting to make his opinion a self-fulfilling policy in British Columbia. He has done so even though British Columbia’s natural gas—frozen, and shipped to China—could do for that smog-choked, carbon-intensive country what has occurred in the United States: replace much of the coal-fired electricity with cleaner natural gas, reducing emissions overall in China and thus worldwide, i.e. carbon and particulates.

But British Columbia’s leading Green politician and a former Ontario cabinet minister are far from the only ones to ignore this carbon-reducing potential. Nova Scotia and New Brunswick both still ban onshore natural gas exploration and thus extraction. That means the potential for regional energy self-sufficiency, jobs and incomes has been routinely denied. Insofar as carbon emissions are the concern, the ban in those two provinces also defeats the ostensible concern of nearly every politician across Canada: a reduction in carbon emissions.

Such opposition in Vancouver council chambers, Ontario, and in the Maritimes—just three examples, but more exist—means Canada sacrifices economic growth, incomes, higher wages and even the ability to reduce carbon emissions at home or abroad. That’s not smart policy on any level.

Texas has one answer to the puzzle that Canada wants to solve: economic growth and lower emissions. It would be unfortunate if these lessons were overlooked by Canadian policymakers.