A son's letter to his grieving parents: ‘I have you, right now’

Before You Go: Luke Ottenhof and his family endured a year of tragic deaths. But death can teach us how to live—lessons he wants his parents to know 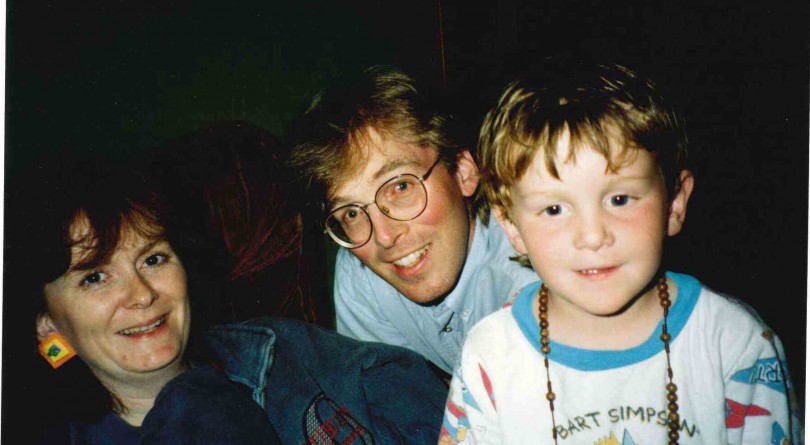 To Mom and Dad:

It has been a long couple of years, full of flights from Vancouver, where I lived when our troubles started, or bus rides from Toronto, where I live now, all with one destination: Kingston, where you live. Then once I’d gotten home, there would be car rides, similar to the ones I loved from the cross-country camping trips of my youth. And because memory is sensory, I’d sit in the back seat, breathing in the thick, musty smell of the sun-baked plush seats, slacking the seatbelt across my chest with its familiar purr, adjusting as the strict seatback argued with the curve of my spine.

But these past couple years did not bring happy drives. They were car rides to Tompkins Funeral Home and then, later, to Catholic churches with their stale air and the smell of funereal incense, which over time erects the same kind of psychic sense memory, so that the fundamental act of breathing reminds you that someone you love is gone. And then, later still, they were car rides to the cemetery out on Division Street, which has become a place that we visit now with some regularity, because it’s where my grandparents, Harry and Moira Ottenhof—Dad’s parents—now rest.

They died seven months apart, rather quickly, without much warning. In this time, too, an old Kingston friend’s brother died suddenly at 27. A few months later, dad’s cousin died after years fighting cancer at 52. There have been a lot of unhappy drives.

That a graveyard is where we go now to be close to my grandparents is difficult to fathom—as is the fact that a new family lives in their house now, the one where I spent my youth, my adolescence, my 20s to this point. Long after we finished scrubbing that house of the objects and memories stashed in basement corners and bedroom dressers, I waited at that traffic light at the street that led to their home, and my eyes lingered on the street sign, memorizing—like time tables or the alphabet—every pothole in the road that carried us to their doorstep, because I knew our family’s car would never trundle over it again. When we pulled out of their meticulously maintained garage for the last time, I knew I would never smell its dry-cement scent there again.

But as the funerals piled up between my grandparents’ death, I clung to these sense memories as much as possible. I even writ them real. At each funeral, I started stashing a few prayer cards in the pocket of my suit jacket, and with each funeral that followed, I would pull out these stray cards that catalogued our mourning.

I wasn’t just mourning the lives that were gone, but the ones still around me that death made heavy. I grieved for  you, Dad, and the weight of your sadness, which I wish I could have wrenched from your shoulders and placed on mine. I grieved for you, Mom, and the boundless, often unrequited love you gave to your parents-in-law, the balance-owing of which I wish I could have pulled from my heart in decade-long portions to pay you back. I grieved for the happiness we all lost.

And we did lose it. In the days navigating the legal footnotes of lives lost, in the hours pondering what would become of their belongings, in the minutes we choked back tears through clenched jaws, each grappling with our own pain and wishing for some clean resolution that seemed impossible.

But while on those sad trips back home to you in Kingston, I’d listen to a song, the Weakerthans’ “Sun In An Empty Room.”  In it, singer John K. Samson’s narrator packs up an apartment, ostensibly after a breakup, preparing for a new chapter after the end of this relationship. “Watch a shadow cross the floor,” he sings. “We don’t live here anymore.” Those words didn’t register at the time, during all those troubles. But they’d return, months later, as if they had something more to say to us, nudging us toward something: not peace with our situation, but understanding of it.

Eventually, I understood what Samson was saying. “We don’t live here anymore”: It is a simple, objective declaration. It is an intentional practice in leaving pain behind. It’s a recalibration: focusing on the future, on possibility, on the people who are still here.

This isn’t to suggest that we just drop our pain, but rather that we separate it from our present—that we understand it as a time we no longer inhabit. I still keep those prayer cards pinned on my wall, and I look at them everyday, thinking about our family and our losses often. I treasure our memories. But we don’t live there anymore.

Dad, Mom: I see you hurting, still, and maybe some days, like me, you have trouble moving under the burden of all this death. But if I kept letting the weight fill my pockets like so many prayer cards, I might sink and never live how I would like to: clutching tight to each moment together not out of fear it will end, but simply out of gratitude that we got to share it because we’re still here.

I’m tired of prayer cards. I have you, right now.

I’m excited to come home and see you all again, for that wedding we’re going to next month. I’ll wear that suit jacket, but it’s emptied now of its prayer cards. It won’t smell like incense. And for the first time in a while, I can’t wait for the backseat car ride.

FILED UNDER: Before you go death Editor's Picks grief