A way out of this mess, maybe

Stephen Maher: Canada's top bureaucrat gives the Liberals a new line: Yes Wilson-Raybould was pressured, but no one was acting to pursue corrupt ends 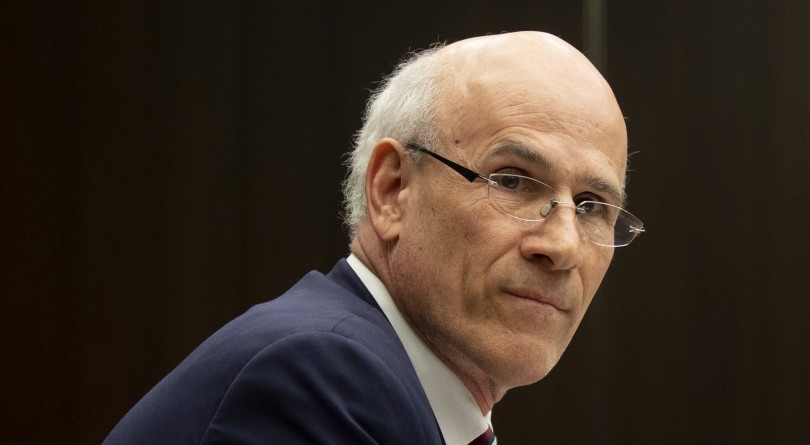 Clerk of the Privy Council Michael Wernick waits to appear before the Justice Committee meeting in Ottawa on Thursday, Feb. 21, 2019. (THE CANADIAN PRESS/Adrian Wyld)

On Feb. 7, the Globe and Mail reported that Prime Minister Justin Trudeau “attempted to press Jody Wilson-Raybould when she was justice minister to intervene in the corruption and fraud prosecution of Montreal engineering and construction giant SNC-Lavalin Group Inc.”

That day, a robotic-looking Trudeau told reporters “the allegations in the Globe story this morning are false.”

“Neither the current nor the previous attorney general was ever directed by me nor anyone in my office to take a decision in this matter.”

Yesterday, in testimony before the House justice committee, the clerk of the privy council, Michael Wernick, Canada’s top bureaucrat, attacked the original Globe story, saying it “contained errors, unfounded speculation and in some cases [was] simply defamatory.”

He then confirmed its central assertion, that Wilson Raybould had in fact been pressed to stop the corruption prosecution of SNC-Lavalin.

So the Globe was right, of course. She was pressured—by Wernick, by Trudeau and by his right hand man, Gerry Butts—to overturn the decision of the independent director of public prosecutions, who had concluded that there was no basis to negotiate a deferred prosecution agreement with SNC-Lavalin.

Wernick said that was not “inappropriate pressure,” that all the talk was “lawful advocacy,” but he would say that, wouldn’t he? He’s the one who applied the pressure. He can hardly now say that it was inappropriate to do so.

The legislation allows for the justice minister to overturn the independent decision of the director of public prosecutions, but to do so she would have had to declare it in the Canada Gazette, publicly undercutting the prosecutor, which might have led to a high-profile resignation, throwing the administration of justice into disrepute.

One of the surprising things about this whole mess is how many well-educated, powerful, astute people thought it was appropriate to put the muscle on Wilson-Raybould to push for a result that would have made all of them look bad.

It seems like they fell prey to groupthink, influenced by the high-priced and effective lobbyists. Note that the chairman of SNC-Lavalin’s board is Kevin Lynch, who held Wernick’s job under Harper. The Laurentian elite had convinced itself that SNC-Lavalin should not be allowed to fail.

I suspect the Prime Minister’s aides did not look closely enough at the law, or were distracted by the pressure to pick up seats in Quebec, which Trudeau needs if he is to win another majority. Premier Francois Legault was pressing Trudeau to come up with a way to save the company, reasonably enough, and Trudeau would dearly like to have Legault’s help in the coming election, in which he is likely to face hostile premiers in Ontario and Alberta.

Trudeau is not a details guy, so he likely asked Wernick and Butts to make this happen. They should have said, “Sorry, boss. That dog won’t hunt. Can we give Legault something on immigration?” Instead, it looks like, they said: “Let me talk to her, see if I can convince her.”

Then, when she wouldn’t come around, they should have said, “You know what, Jody, you were right. Good call.”

Instead, they said: “We are really looking forward to you bringing your skills to play at Veterans Affairs.”

It was a surprising turn of events, not because of what he had to say about the arm-twisting he engaged in, but because of the vivid observations he made about many other things.

Clerks of the privy council usually stay backstage. Because the Liberals have made a hash of this whole thing, communicating excessively and ineffectively without ever confronting the heart of the matter, Wernick had to deliver a soliloquy, doing work that Trudeau should have done.

It was the performance of a lifetime—powerful, emotional and effective—warning against foreign interference in our elections, violent political rhetoric and disrespect for the wise people, like him, for instance, who are running our government.

Wernick, whose back was to the wall, succeeded in producing headlines that had nothing to do with the matter at hand, and asserted—effectively but unconvincingly—that everything he and everybody else did to pressure Wilson-Raybould was appropriate.

I don’t think most law professors would agree with him, but law professors in general prefer the Trudeau government to the alternative, and are unlikely to rally against Trudeau the way they rallied against Stephen Harper when he tangled with Beverley McLachlin.

Wernick succeeded in spinning this mess, throwing up chaff and providing an explanation that people can buy if they are inclined to do so. This will make him a polarizing figure—since he praised Liberals and attacked Conservatives—which is not ideal, but the Liberals were desperate.

Wilson-Raybould will speak next week, and she may yet deliver a damaging blow, but for the first time since the Globe dropped its story, it looks like there may be a way for the Liberals to turn this from a preoccupying crisis to one difficult file among many.