Abdoul Abdi will not be deported. But how much of a win is it, really?

Opinion: The federal government's decision to drop its efforts to deport Abdi to Somalia must be coupled with fundamental changes in Canadian policy 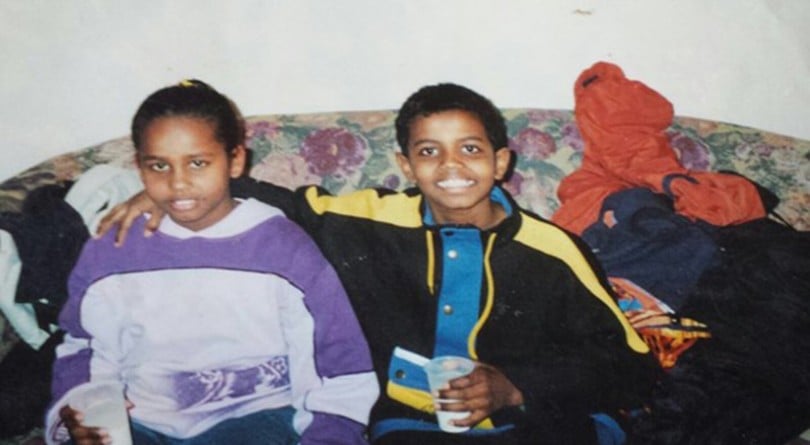 Abdoul Abdi, pictured to the right.

At the age of six, Abdoul Abdi—a child refugee—arrived in Canada with his aunt and sister. But not long after, he was taken into the care of child welfare services in Nova Scotia, and then into custody by the Department of Community Services, which placed him in 31 different foster homes. Since 2014, the now-24-year-old has been in prison, and was set to be deported to Somalia by the Canada Border Services Agency upon the end of his four-and-a-half-year prison sentence for a series of charges including aggravated assault. But last week, a federal court judge set aside a CBSA decision to deport Abdi, and a day later, public safety minister Ralph Goodale tweeted that the federal government would be dropping the case.

For the many people who supported Abdi and advocated against his deportation, it marked the triumphant end of a long saga that touched painful nerves for Canada: the criminal justice system, child welfare, and immigration. But the question remains: will this decision fundamentally change policy in Canada, so that these fights no longer have to be fought?

A broader framework that accounts for Canada’s anti-Indigenous and anti-Black reality, both within the child welfare system and broadly, suggests that it will not.

If we look at the history of child welfare in Nova Scotia, where Abdi lived and was incarcerated, it is fraught with blatant anti-Blackness. The Nova Scotia Home for Colored Children Restorative Inquiry connected the anti-Blackness in the education and criminal justice system to the treatment of Black children in the Nova Scotia child welfare service system, documenting abuse from when the home was built in 1921, until the 1980s. The inquiry included extensive consultations and the documenting of abuse so severe that in 2014, Premier Stephen McNeil apologized for it, citing systemic racism in Nova Scotia.

Abdoul Abdi’s case—and the victory he’s since won—must be viewed in this context. While Canada has let go of their own efforts to deport him, he remains a Black man living in a country with an anti-Black history and present. We must view the interlocking systems that not only failed him as a child, but the present-day systems that oppressed him as an adult, after serving his time in prison. Anti-Blackness in Canada does not disappear with one win.

Child welfare agencies are now clamouring to collect data disaggregated by race, after anti-racist advocates have demanded all government agencies collect it for decades. It’s a start, but it doesn’t even come close to the equity lens needed to overhaul and reconstruct a broken system—and if this took this long, real change will be harder still to achieve. Further, since child welfare is legislated provincially, it will take a valiant effort to analyze, dismantle and address internal child welfare legislation and practices on a national level, including but not limited to the citizenship status of apprehended children. By backing away from Abdi’s deportation issue now, the federal government has displayed its willingness to position their power vis-a-vis Abdi’s vulnerability and precariousness. His freedom and Charter rights could have been considered before the government decided to seek his deportation and before they faced the immense pressure from activists and the public to stop the deportation.

Indeed, there are many Abdis in the child welfare system now. A future that protects Black children in this country does not yet exist, and instead it’s clear—from repeated and recent scandals and events—that the state cannot be trusted with our children. While the Liberal government may want us to remember the minister’s tweet, or Justin Trudeau’s comments to Abdi’s sister at a town hall, we must constantly keep in mind the way the system works.

Swathi Sekhar, an immigration and refugee lawyer, says when an immigration issue is triggered as it was in cases like Abdi’s, it is often already too late. “Children in the care of the state are inherently vulnerable to particular forms of abuse and criminalization,” she says. “As the ‘acting parent’ for an apprehended child, the Children’s Aid Society has a clear duty of care to regularize the immigration status of children in care, which includes helping them apply for citizenship. However, if they fail in this duty, oftentimes this will not become apparent until that child comes into conflict with the law as an adult, and finds themselves at risk of losing their status and being deported to a country they have never known. In this way, the child ends up unfairly paying for the negligence of the government.”

Indeed, if child welfare is the root cause of what led Abdi to fall through the cracks—and studies suggest that that’s the case—it may prove to be hard to produce a policy change.

Being mindful of the language of wins is directly tied to the vitality of Black life in Canada. This case crosses multiple systems and persistent advocacy implicated the federal government’s responsibility to acknowledge Abdi’s basic rights. When experts assert that this should not have happened in the first place, it’s hard to believe our government officials—presumably well-versed in human rights—did not know that as well. Skepticism toward the federal government enacting policy to avoid any cases like this in the future is justified, especially considering how complex the efforts to see success in this case were for Abdi’s advocates.

Black Lives Matter Toronto organizer Yusra Khogali crystallized the complexity of the mobilization in this fight for Abdi in a series of tweets: “I believe that we just won! #FreeAbdoulAbdi. The organizing that took on these vicious colluding institutions and brought our brother across the nation to Toronto to fight for his life and challenge state policy is nothing short of brilliant & powerful.”

It is clear that the need for sweeping federal policy changes are urgently needed. While the outcome of Abdoul Abdi’s case should be seen as a victory, we must continue to lobby for meaningful, substantive change. There’s work still to be done.