Adrian Crook: A fight on behalf of rational parents everywhere

Opinion: A father-of-five's battle to let his kids take the bus has galvanized those exasperated by government overreach 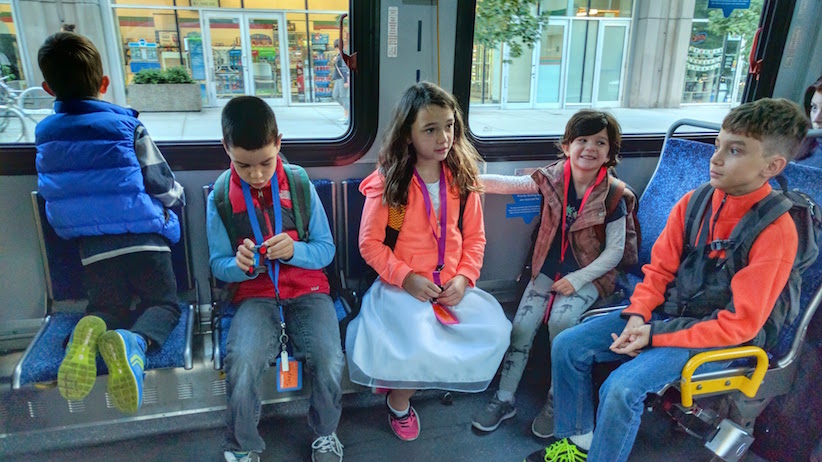 I am a self-employed single father of five kids in downtown Vancouver. We live in a 1,000-square-foot apartment and have been car-free for two years.

Earlier this week, I wrote a post about how fact-free parenting policies rob our kids of independence on my 5 Kids 1 Condo blog, where I normally cover urbanism and minimalism issues. Specifically, I wrote about how B.C.’s Ministry of Children and Family Development had recently interceded—based on an anonymous report—to inform me that my four oldest children were no longer allowed take the bus to school on their own.

In the days that followed, my blog post has generated an overwhelming amount of discussion. My original tweet about the article was shared hundreds of times, my website received over one hundred thousand visitors in a matter of hours, and offers of help and support from parents, attorneys, advocates and others poured in faster than I could answer.

I spent several days doing nothing but back-to-back interviews for radio, print and TV, with outlets as far away as the BBC making it front page news and the story trending nationally on Twitter for two days straight.

It seems my experience touched a nerve among developed nations enduring a crisis of overparenting and the ensuing encroachment of the state into enforcing impossibly high and often ill-informed standards to de-risk our kids’ lives.

READ: From 2007: We’re killing our kids with caution

In the United States, CPS (Child Protective Services) has become shorthand for draconian overreach, fueled by their involvement in seizing kids walking to playgrounds or home from school on their own. In some cases, kids have spent hours in police custody, awaiting parents to pick them up after they’d been forcibly “protected” from such walks.

In the States, Lenore Skenazy, once dubbed ‘America’s Worst Mom’ for letting her nine-year-old take the New York City subway on his own, is at the vanguard of pushing back against the worst examples of CPS overreach.

In Canada, we’ve mostly been blissfully unaware of CPS-style government interference in our parenting decisions, but we shouldn’t be so smug – as my case and a host of other domestic ones have shown.

Some of these cases were referenced in the Ministry’s own attorney’s letter, backstopping their decision in my case. Cases such as B.R. v. K.K., 2015 BCSC, where an eight-year-old boy was asked to spend two hours at home after school until his working single mom returned.

What in many of our childhoods had a name – “latchkey kid” – is now illegal.

What should be driving the tricky business of parenting policy-making is evidence, not fear. Unfortunately, in cases such as my own, it’s often more expedient for the government to rely not on facts and statistics, but on “feel” when rendering a judgment.

The facts are that kids taking the bus are extraordinarily safe. Buses are 24x safer than any other transportation mode, including the car. Furthermore, car accidents are the number one killer of kids ages 5-14, yet it’s a risk many parents take every day without a second thought. And kidnapping, a fear some parents have around leaving their kids alone outside, is statistically on par with being struck by lighting. A 2003 study in Canada found just one case in the two years prior of a stranger abducting a child (note: it’s often a relative doing the abducting).

What we should instead fear are the real risks associated with raising coddled, chauffeured kids: childhood obesity, diabetes, anxiety, “failure to launch” and a bevvy of other physical and psychological issues caused by helicopter parenting.

READ: The collapse of parenting: Why it’s time for parents to grow up

However, despite two years of my family riding the bus without incident, we’re now back to where we started: I’m riding the bus with all my children, as we’ve done this week for back to school. Beyond that, the Ministry has curtailed my kids’ freedom so much that none of my four under-10s can so much as cross the street to the corner store, or walk to school when they’re at their mom’s place—a distance of only a few blocks. It’s created a peculiar world where the only one of us who can get a Slurpee on their own from the 7-11 across the street is my 11 year old.

I can’t go to the store alone, lest I risk the Ministry stripping me of custody of my children for leaving them unattended for 10 minutes.

If there’s a silver lining to come from this discouraging ordeal, it’s that the GoFundMe we set up to mount a legal defense of all Canadian kids’ right to take transit has so far raised over $25,000 from concerned citizens everywhere. And while I’ve received validation from countless people online and in person, sadly I’ve also heard from dozens of parents raising responsible children who fear going public with their support will only draw the Ministry’s unwarranted attention.

The legal challenge will be a long road. My oldest turns 12 next summer, meaning he will then be able to take charge of the others on the bus ride. So this case isn’t for my kids, or me. It’s for anyone who believes transit should be available to all ages. For those who believe our children should be entrusted to learn independence and sustainability. And ultimately for rational, informed parents who should be allowed to choose the transportation method that best suits their family.