After 100 years of women's suffrage, do we really have progress?

On May 24, 1918, a bill was passed allowing most Canadian women to vote. But women's suffrage in the U.S. and Canada is tarnished by disturbing historical links with racism and xenophobia 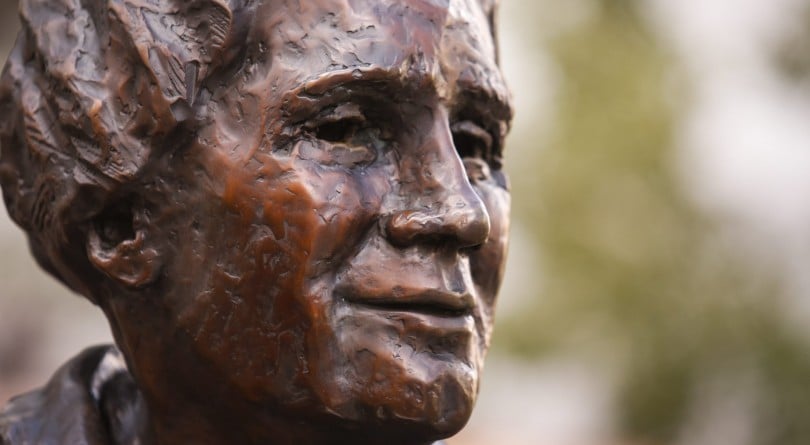 A statue of Emily Murphy in Calgary, Alta. Murphy, who helped lead the women's suffrage movement, is a historically problematic figure THE CANADIAN PRESS IMAGES/Jeff McIntosh

A couple of recent high-profile elections have been marked by waves of people seemingly voting against their own interests—notably Brexit and Trump, both of which will likely negatively affect the economic prospects of the very people who voted for them. It’s not just about class, either, since we’ve seen puzzled post-election analyses probing the motivations of white women who have voted for, say, Trump (53 per cent) and, later, Roy Moore (63 per cent), both of whom were accused of sexual assault and promised to defund Planned Parenthood. In the coming Ontario election, according to an April 6 poll, some 35 per cent of women were reportedly considering voting for Doug Ford, despite his apparent willingness to align with the religious right who favour restricting abortion.

These are grim numbers, and as Canada prepares to celebrate the 100th anniversary of women’s suffrage on May 24—that was the date, in 1918, when a bill that allowed most women to vote in federal elections received royal assent—it’s easy to think that women may have lost their way. Two years later, in 1920, two-thirds of American states ratified the Nineteenth Amendment that guaranteed the right to vote would not be “denied or abridged by the United States or by any state on account of sex.”

North America wasn’t particularly ahead of its time—about 40 countries opened up the voting booths to women in the first 30 years of the 20th-century. As Maclean’s noted in a March 1920 article, “One Hundred Million Women Now Vote,” 10 new countries joined in 1918 and 1919 alone. Americans, who were expected to ratify the pending amendment later that year, would add another 30 million women to the rolls. The big question in that article: What effect would it have? The writer guessed that equal pay was next, as well as more women in political office. Well, maybe not so much.

RELATED: Why a coin for female suffrage just glosses over uncomfortable truth

We might have expected the bill’s passage to have ushered in a watershed moment in equality, and not just in terms of gender: After all, the hard-won franchise was fought for by progressive women in North America throughout the 1800s, many of whom got their political feet wet as abolitionists. The 1920s, however, is hardly a decade remembered for social progress. In both the U.S. and Canada, under Prohibition, European immigrants and people of African descent were disproportionately arrested for alcohol infractions, marking the beginning of mass incarceration in the United States. The 1920s saw a cross-border rise in membership of the Ku Klux Klan, the rise of eugenicist race science, widening inequality and tough immigration legislation in both Canada and America.

So what happened? Why didn’t this ground-breaking, international achievement that expanded the rights and freedoms of more than a hundred million women inspire social progress? Was it a backlash? An unintended consequence?

Nope. Some of this was actually the result many people were hoping for.

In 1925, a Maclean’s article that asked another question—namely, “Is Woman Suffrage a Success?”—heavily quoted Carrie Chapman Catt, an American activist and international leader in the suffrage movement, who is now controversial for having promised southern voters that “white supremacy will be strengthened, not weakened, by white women’s suffrage.” At first glance, this might look like a simple argument about numbers—the 30 million new women voters noted by Maclean’s in 1920. However, according to Iowa State associate professor Kevin S. Amidon in his 2007 article “Carrie Chapman Catt and the Evolutionary Politics of Sex and Race, 1885-1940,” Catt’s rhetoric was far more sophisticated than just a numbers game and, instead, was rooted in intricate and interconnected ideas of human evolution and societal progress. As Amidon quoted Catt: “There are doubtless many reasons for the dominance of the Anglo-Saxon race, but none more important than the fact that Anglo-Saxons have permitted to their women a larger individuality and independence than other people.” At another point, she claimed that everybody knew “no Negro ever asked for the vote…it was thrust upon him.” This was the logic: White women, by willing themselves into public life and the political arena, had proved they had evolved—past African-Americans—to a point where they deserved the vote. Having it would allow them to evolve further, strengthening white supremacy all the more.

Catt’s ideas, which positioned African-Americans as less evolved and less intelligent, were perfectly in line with arguments justifying and sustaining the Jim Crow voter suppression laws that systematically disqualified black voters from participating in citizenship, often through the tool of rigged literacy tests. Two different tests existed: a simple one for white voters, and a complicated one for black voters. Articles dealing with the 19th Amendment often contain footnotes about the people who were excluded from the franchise that it granted, since African-American women had to fight for the right to vote until the mid-1960s. Catt wasn’t the architect of the Jim Crow legislation that disfranchised black voters in the United States, of course, and it’s unlikely that she had any direct influence over any specific policies, but the 1920s saw huge numbers of women participating in the KKK for the first time in the organization’s history—a development that strengthened and normalized the Klan. The logic that Catt participated in (and spread) helped shape an insidious hierarchy of race and citizenship rooted in the race science of the day, justifying the exclusion of some ethnic groups from full participation in democracy.

That logic wasn’t confined to the United States and the Jim Crow south. In Canada, Indigenous peoples were denied the right to vote for decades after the Royal Assent, depending on where they lived and which treaties applied. In addition, immigrants would have been excluded, since the 1918 legislation only gave native-born women over the age of 21 the right to vote. Chinese-Canadians only won the franchise in 1947, the year the government finally repealed the Chinese Exclusion Act which, in 1923, had banned almost all immigration from China. And here’s an interesting connection: Just one year before the Chinese Exclusion Act, “Janey Canuck,” (a.k.a. Emily Murphy, one of Canada’s most famous suffrage advocates) published a sensational fear-mongering book called The Black Candle, an exposé of the supposedly foreign-run heroin problem, which was also serialized in Maclean’s. Some consider her xenophobic tract partially responsible for the drug and immigration laws that followed shortly thereafter. For example, the 1923 Act to Prohibit the Improper Use of Opium and other Drugs, which expanded the powers of the police, increased penalties and criminalized marijuana.

Many historians claim Murphy’s influence on actual policy is wildly overstated. And it would be absurd to pin Canadian xenophobia on Murphy or, for that matter, Jim Crow on Catt. Systemic race discrimination existed in North America long before either exploited them to advance the rights of white women. But they were both activists with a wide audience who circulated ideas rooted in a flawed eugenicist science that propped up a hierarchy of races in order to deny some groups full voting rights. One group’s rights (in this case, women’s) were built on another group’s degradation. It’s divisive. It also makes it harder for either group to see where their interests might overlap.

A hundred years, later, it would be nice to think that the bogus race science—that posited drugs and immigration as degrading threats to the progress and evolution of the naturally superior white race—was a thing of the past. This insidious and divisive logic has deep roots, however, and we see it rear its ugly head in various places, like a renewed interest in reviving carding in Ontario and the resurgence of the KKK. Perhaps the most blatant articulation of this old, tangled logic can be seen in recent comments made by Elizabeth Smith-McCrossin, a PC leadership candidate in Amherst, Nova Scotia, who is opposed to legal marijuana:

“I have a best friend in Amherst who is from Jamaica. She said to me, Elizabeth, smoking marijuana in Jamaica is completely accepted, and there’s a completely different work ethic and very low productivity in Jamaica. I think we already have a productivity problem here in Nova Scotia. We do not need something else making it worse.”

How deep does this logic run? Almost exactly 100 years after white women got the vote, alas, it seems to still crop up—in political campaigns, in our discourse and, unfortunately, in election results.