Alanis Obomsawin: What drives me

The 85-year-old Indigenous filmmaker—who just released her 50th movie—on her life, her work, and the power of words 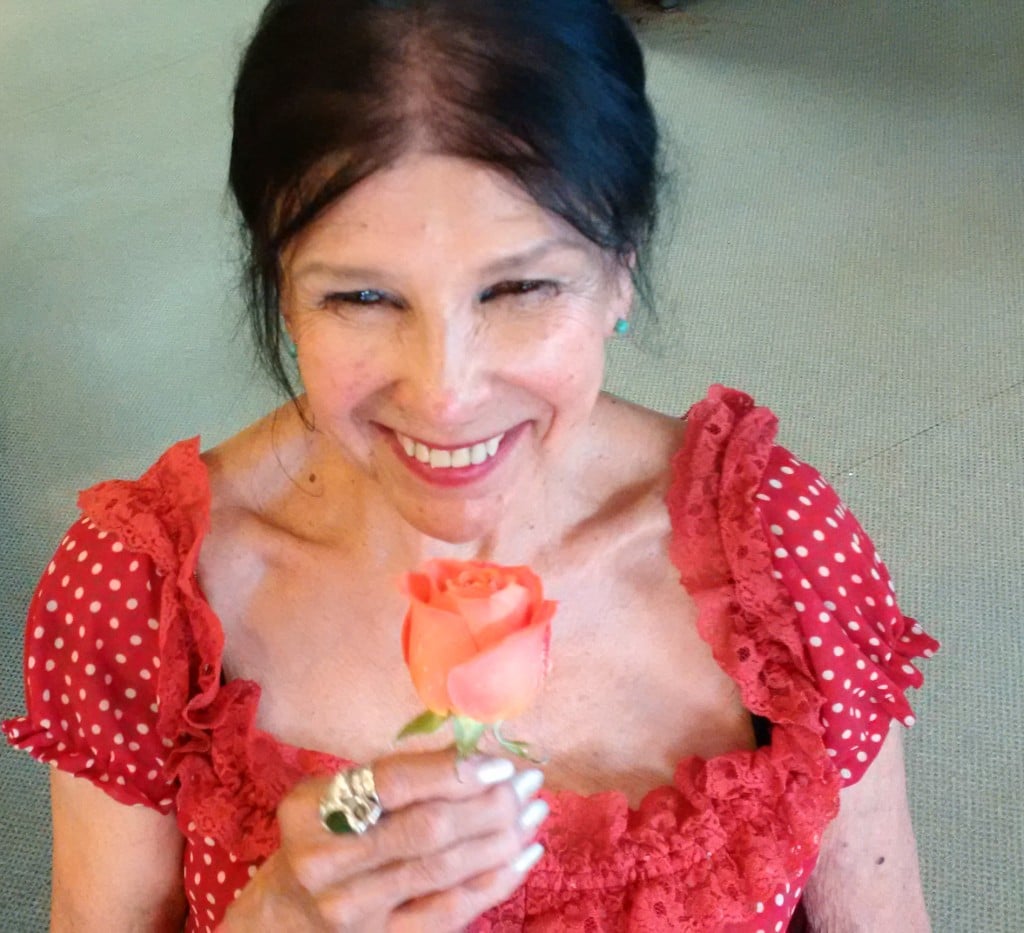 Alanis Obomsawin, O.C., G.O.C., C.A.LQ, is an Indigenous documentary filmmaker whose 50th movie, Our People Will Be Healed, will be screened on Oct. 8 and 9 at the Vancouver International Film Festival, on Oct. 21 at Toronto’s ImagiNATIVE festival, and in November in Montreal.

For my daughter Kisos…
In memory of my father…

There was a total eclipse of the sun that day. My mother said she was in labour and could see through the window people standing on the roofs of houses to witness the passage of the moon between the sun and the earth. It became pitch dark. It started at 5:44 p.m., and that’s when I was born.

Later on, when I was 6 months old, my mother took me to Odanak, Que., where my parents were born, and left me with her sister, Aunt Jessie and her husband, Uncle Levi. They had 6 children of their own and looked after me while my mother returned to New Hampshire to work for a period of time.

It was not long after that I became very ill and lapsed into a coma. One night, as they were watching over me and expecting that I would die, an old aunt of my mother’s who was known as a healer, Marie-Jeanne Paquette (who was married to my grandmother’s brother, Piel Nagageoa) arrived. She wrapped me in a blanket and took me to her little house on the reserve. She cured me.

I had two sisters and two brothers who died in infancy.

I grew up in Odanak. Life was different then. Most women were basket makers. The men were carvers, canoe makers and seasonal guides for hunting and fishing. There was no electricity or running water in the village. There was an earth road and we had a well, and a lot of loving care for all the children. I remember my Aunt Jessie saying “Lock the door; the anthropologist is coming.’’ As I grew older, I would tell myself that this discipline must have been created just for the White man to find out everything about us.

In the early ’40s, we lived in a small town. That is when I found out that I was poor. My life in those days was not so good. I was often beaten by the other children, and there was illness and hardship in my family. My mother, who had become more Catholic than the Pope, would drag me to church so many times a week I developed an affection for St. Joseph. Sometimes, after a beating, I would run into the church and stand in front of St. Joseph’s statue. I would not ask for anything; I just liked being there with St. Joseph because he was a carpenter.

One day, in grade four, Mademoiselle Rheault, gave us our homework for the weekend, which was to read and learn a bible story. Monday came and there were 32 students in the class; I was at the end of the line. The teacher began to ask each student to tell the story, and it quickly became obvious that none of them had done their homework. The teacher was getting very angry by the time she got to me. I was getting excited because I knew the story well. Finally, it was my turn and I recited the story as if I were reading it. Her reaction was, “Why, you little sauvagesse! Get out of my classroom and go back where you came from!”

I picked up all my books and walked home. My parents asked why I was home so early. I said that I had been kicked out of school and they said, “You must have done something really bad.”

When my father, Herman Robert Obomsawin, heard what happened, he took me to see the school inspector. Obviously, I had to go back to school, and my father told the inspector that the teacher would have to apologize to me in front of the other students. I went back to school and she apologized. Later on I wondered what Mademoiselle Rheault’s message was. Was it that I should not be allowed to learn?

My father worked as a guide for hunting and fishing at Lac La Pêche, near Grand-Mère in the Mauricie in the province of Quebec. I enjoyed the stories my father told, especially about bears. Both my parents had inherited knowledge of certain remedies to cure some illnesses; my father could help with skin diseases for my father, and my mother could help someone pass stones. All this was done in secret.

The year was 1942. I was ten years old. It was wartime. I remember standing on the sidewalk in Trois-Rivieres watching a runaway soldier going in and out of houses while two very big soldiers dressed in special uniforms searched for the man. I saw where he was, but I never told.

My father contracted tuberculosis of the bones. In the fall of that year, my mother would say, “Look out the window at the maple tree in the backyard. When all the leaves are gone, if your father is still here, it means we will have him for another year.” By the time the rain, the wind and the natural falling of the leaves would take place, I was very relieved when the last leaf would fall and my father was still here.

He died on Good Friday, 1944. He was 42 years old and I was 12. My mother was devastated. It would be nice if they were here now. In my young life, I kept on writing letters to my father and I thought I would meet him somewhere on the street.

I want to thank all the people who helped me through the hard times in my life.

Papa, the sun is rising
and I dance, can you see me?
Although I was there when they buried you…..
I kept on searching for you
I was 12 years old and you were 42
Life was very uncertain then
The hate kept on following me
And I kept on running
But the love within me
Was stronger than all the hate.
I survived, Papa, I won. 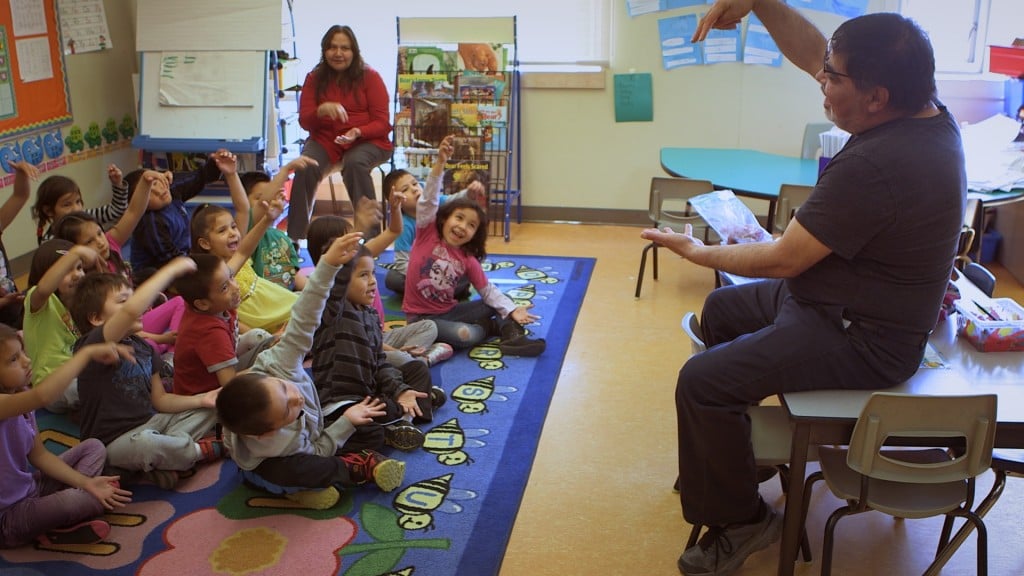 A scene from ‘Our People Will Be Healed,’ Obomsawin’s 50th documentary. (NFB)

Because of my own experiences as a child, I did not want other children to have to go through the same things.

Over the years, I realized that there was something terribly wrong in the educational system, as I began to understand that the books written on the history of Canada were designed to create hate towards First Nations people, Metis and Inuit. It was strange because these books were written by religious people representing the church. I tried to figure out what I could do to influence changes in the system. I thought that the children had to hear a different story.

I could sing, I knew my history and I knew lots of stories. So I started working with the Boy Scouts. I travelled with groups of them into the countryside to sing, play games and tell stories. After that, I started going into schools; I toured hundreds of schools across Canada, including residential schools. I feel that this experience was one of the most significant things I have done in my life, because it provided the children with an insight into the true story.

Eventually, I became a documentary filmmaker and quickly realized the power of film to educate.

I also believe that “the word” is the main component of a story. This stems from when I was a child back in Odanak. In the evenings, oil lamps were the only light. We children would sit by the lamplight and listen to the stories that the adults would tell about our history, about the animal world and about their lives. Because there were no images, each child would hear the words and imagine their own pictures. Each child would have his or her own story.

When I started making films, for me “the word” was the most important thing for me. To hear and to listen. I listen for hours to the stories the people tell me and I am always fascinated to hear how they survive in such an unfriendly world. For me, to hear is to see.

But today, I am so thankful to have lived this long and to see the concern and the positive changes in the educational system. The best example that I’ve witnessed is Norway House (Kinosao Sipi), a reserve in northern Manitoba. Not without some challenges, Norway House has created an incredible model for teaching and learning for all children. Their work is featured in my latest film, Our People Will Be Healed.

What I feel today is more profound than hope. This is how I know we are going somewhere we have never been before. It is somewhere where there’s love, family, a sense of belonging, and where no one is afraid.