An ode to the snow day

Christmas is a wonderful time of the year, writes Tabatha Southey—but it lacks the pure surprise and joy of a good old-fashioned snow day 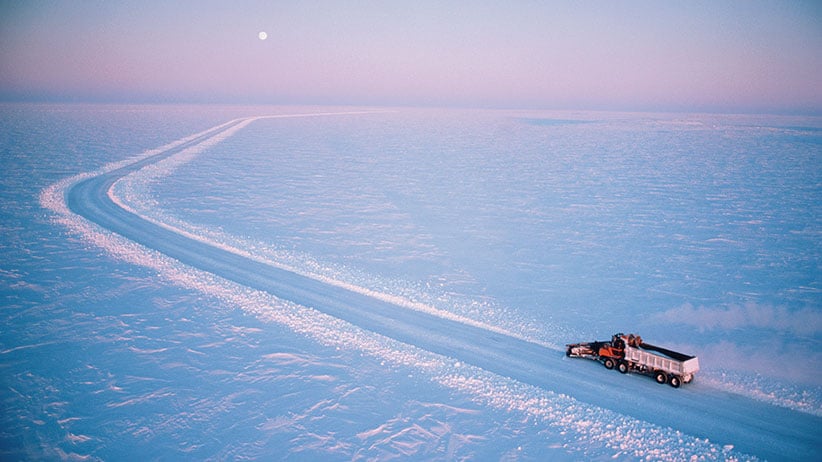 This being that time of the year, let me tell you about that iconic symbol of hope from my childhood. I can still see it in my mind’s eye, plugged in a corner of the living room, its many tiny red, green, and white lights flickering in the gloom. Those lights served no purpose that I was ever able to determine, and that my father allowed this thing to sparkle on in the house of “Turn off the bloody lights, I’m not made of money!” seemed to me a seasonal miracle in and of itself.

My brothers and I would gather eagerly around it early in the dark morning, the snow gently falling outside the window—too gently, I thought. I would always think, “Pick up the pace, snow.”

We would gaze upon this thing in reverence. Some mornings we focused on it so hard, I’m surprised it didn’t burst into flame. It was as if the more attention we paid it, the better a chance we stood of getting the gift we really wanted—and what we really wanted was a snow day, and what we looked upon in wonder was a clock radio.

My older brother, who slept in the basement, would bring his flashy clock radio upstairs at the first sign of snow. It’s difficult to explain to my children, brought up in the age of email and push notifications and every song you ever wanted to hear living in your pocket, just how important radio was not so long ago.

But when I was as a child, the radio was where you heard the weather report. The radio told you which roads were closed, which school buses weren’t running—and it was the DJ on the radio who read out the list of schools that had declared they had been closed due to inclement weather, thus suggesting there might be some justice in the universe.

The way I remember it, before the internet, DJs were kings. DJs had the power to declare holidays, and these sudden holidays, pulled from the airwaves, were the best holidays a kid could get. Weekends are a fine thing and winter break was an excellent thing too, but nothing will ever compare to a snow day. Snow days were the bonus holidays the Fates tossed your way. Snow days were a “get a day free” card. A snow day always felt like a day that was not being subtracted from your life.

Christmas you saw coming; it always suffers from a lot of buildup. Adults began arranging your Christmas the day after Halloween—a holiday all but annexed by the adults now, they do like tights—and so expectations generally ran very high for Christmas, leaving room for guilty disappointment.

A snow day, on the other hand, came at you out of nowhere. No one had time to fill your snow day up with stuff, and most of the adults still had to go to work. Past the age of 10, younger siblings and wee neighbourhood children would be left in your care as all the parents headed out. For a child, a snow day was like suddenly winning the holiday lottery—and this one was ours. We were on our own. It was like Lord of the Flies if, instead of killing Piggy, we all went tobogganing.

MORE: Canada is a nation of winter wimps

On a snowy day, I would start listening to the DJ at the local station at 6:30 a.m., breathlessly waiting for him to read that closure list that always came wedged between banter and ballad, as if it didn’t mean much, the fools. I never gave up hope on the first reading either. I’d catch every update thereafter, touching wood as he started to read, and I wouldn’t let go of my snow day dream until 8:15 a.m., when I had to begin my walk to school to be there at 9.

It wasn’t really all that long a walk, but it being winter I was obliged by the unwritten laws of Canadian childhood to walk up, over, and down every single mound of snow that framed the mouths of the driveways on my route. It’s the same code that makes you jump on puddle ice.

On some winter days, only the school buses would be cancelled, meaning that the school I was trudging to would be about a third empty when I got there. On these days, the teachers kept us all in a sort of learning limbo, being understandably reluctant to teach us anything from the actual curriculum since they’d just have to catch up all the kids who lived on farms when they got back. So the teachers just made up things for us to do.

Grade 12s coloured maps on no-bus days. I had a teacher who pulled out his guitar and sang us some songs. A math teacher would suddenly decide we needed to know about persecution of Huguenots under Louis XV, French history having been his major. On those days I sat in my desk and fantasized about living on a farm. “If my dad had stuck to his roots,” I’d think sulkily, “I’d be at home with a goat right now, Mr. Henderson, instead of listening to you pretending to be Bob Seger.”

But there was a certain charm, too, to these surreal snowy-but-not-quite-snowy-enough days, with their barely-there teachers and almost echoing halls. It was less like being at school than like dreaming about being at school, except in this dream, you had your clothes on.

So here’s to winter childhoods, lost like a mitten I’ll never forget—I wouldn’t trade mine for the world, or the sun—and here’s to that old clock radio, that staticky herald of joy that I had to assume had been ripped straight from the bridge of the Enterprise.

No brightly wrapped package tucked under a jumped-up houseplant could hope to match that moment of joy when my father would shrug at our happy faces and say, “Well, damn, what’re we going to do with this lot?” or even the soothing relief of an erstwhile science teacher announcing, “The quiz will have to be postponed—instead I’ll be talking to you about French Canadian hockey players from the early ’70s,” talking to us like we were friends, like there’d been a Christmas truce.