Andrew Scheer's resistance to the inevitable

Andrew Potter: In our liberal society, gay rights will not be denied or ever turned back. It's something any leader of Canada has to get their head around. 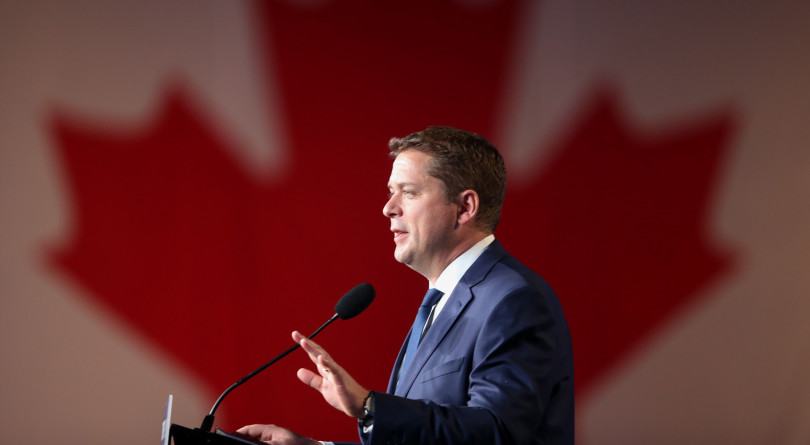 Scheer speaks at an election night rally in Regina on Oct. 22, 2019 (GEOFF ROBINS/AFP via Getty Images)

Which side of history does Andrew Scheer want to be on? The answer depends on what sort of conservative he wants to be.

There’s an old quote from William F Buckley that’s enjoying new life these days, to the effect that: “A conservative is someone who stands athwart history, yelling Stop, at a time when no one is inclined to do so, or to have much patience with those who so urge it.” It’s a ridiculous line, managing to be both utterly pretentious (“athwart”?) and totally unhelpful. For some reason though it seems to give conservatives solace, suggesting to them that there’s something noble in resisting the inevitable.

Back during the heyday of the first culture wars, Preston Manning used to wonder why liberals always seemed to get their way, and conservatives never seemed to get theirs. He had a point: Between the late 70s and the early 90s, liberalism managed to secure pretty solid victories on major battlefronts: abortion, divorce, gay rights.

There’s a good reason why liberalism kept winning. We live in a liberal society, governed by ideals we describe using terms such as “self-evident”, “natural”, and “inalienable.” Once you accept a certain set of principles, you also commit yourself to what those principles entail, and what has been happening for most of the last few hundred years is just the gradual working out of the internal logic of liberalism.

Which is why a lot of these liberal “victories” that the culture warriors of the late 20th century complained about weren’t won in the 1980s or 1990s, they were won 200 years earlier, with the French and American revolutions. It just took us that long to figure out the full consequences of those victories.

Which takes us to Andrew Scheer, and his party’s surprisingly poor showing in last week’s federal election. As Conservatives read the tea leaves and take stock over how they managed to do so badly underperform against a deeply flawed candidate like Justin Trudeau, fingers are being pointed at the leader—in particular at his “social conservative” views on issues such as abortion and same sex marriage. In the last few days, Scheer has said that while he has no intention of re-opening the debate on these subjects, he doesn’t plan on marching in any Pride parades either.

The man needs to learn to pick his fights better.

When it comes to abortion, liberals often talk as if being pro choice is as normal and natural and value-free as being pro ice cream. But for anyone able to see the other side of the argument on abortion—whatever the ‘other side’ for you is—it’s clear that there is at best an unhappy trade-off being made between the rights of a woman to control her body and the somewhat diminished rights of the fetus. That is why most arguments for abortion end up falling back not on the language of inalienable rights, but on the messy compromises of harm reduction. Abortion should be legal not because it is harmless, but because it prevents a greater harm in the form of back alley abortions or unwanted and unloved children.

It is pretty much the same thing for the legalization of drugs and alcohol. These are activities that have significant and well-documented negative outcomes for society, and there’s nothing baked into liberalism that says they should be legal. Again, the best rationale for legalization is not the Rights of Man, but the reduction of harm. It isn’t great when booze and drugs are legal, but it’s worse when they aren’t.

These are questions about which reasonable people can come to different answers, depending on how they weigh the relative costs and benefits. Restrictions on abortion and criminalized drug use are perfectly consistent with a more conservative but still liberal society, broadly understood. Most progressives know this, which is why they get so angry at any hint of the debate around abortion being reopened: there is a chance they might lose.

Things are much different when it comes to gay rights, in particular same sex marriage. Gay people won the right to marry because once you work your way through the basic principles of our society, it’s clear that there’s no good argument for preventing it. They took longer to achieve, but gay rights were as inevitable as the abolition of slavery and the universal extension of the voting franchise.

History is never going backwards on gay rights, and this is something that Andrew Scheer simply has to get his head around. If he can’t, or if the people around him can’t convince to at least pretend like he’s done so, he has no business leading the party, let alone leading Canada.