As a scientist, 'flat earthers' ought to be my enemy. Here's why I listen, instead.

Opinion: The 'flat-earth' theory ignores basic science. But in our divided society, writes physicist Spiros Michalakis, we should still meet its believers with empathy 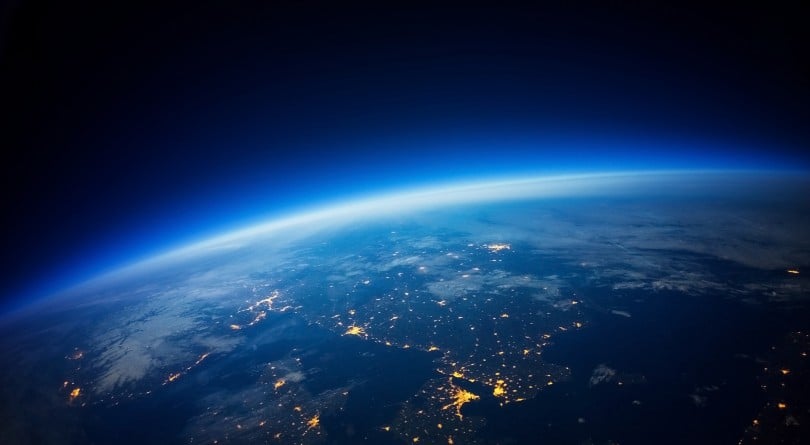 Spiros Michalakis is a quantum physicist and manager of outreach for the Institute for Quantum Information and Matter at the California Institute of Technology, and an expert who appears in the documentary Behind the Curve, which had its world premiere at Toronto’s 2018 Hot Docs Festival.

I am a scientist whose research currently focuses on the foundations of reality itself, with forays into the realm from which space, time and the laws of physics themselves emerge. I don’t even ascend to the level of atheism—I simply don’t care whether God exists or not. My research into the foundations of physics and mathematics leads me to believe that order can come from pure chaos without any divine intervention. As I said, if I am wrong about this, I am definitely going to hell.

But it seems that I will not be alone on this wonderfully short journey to the underworld. You are coming with me.

That’s because, according to a new theory that’s taking the world by storm, the Earth is flat. Moreover, the celestial bodies above are nothing but lights projected onto a massive dome that surrounds our two-dimensional world. In other words, the notion that the Earth is round and that the cosmos is billions of lightyears in diameter—a hypothesis that has been rigorously and scientifically tested over the course of centuries—is, as the current leader of the free world would say, “fake news.” So, if you were hoping to ascend to heaven any time soon, I am sorry—the only way is down. And yes, it is hot in the underworld. After all, it’s just on the other side of this flat Earth of ours, which sits on top of some kind of massive boiling pot, the home of the Flying Spaghetti Monster—the Lord, our Saviour, for us Pastafarians.

I’m not going to lie. I enjoyed writing the last two paragraphs. It made me feel smarter than—even superior to—flat-earthers, truthers, Trump supporters, people of faith, and people who don’t appreciate sarcasm. But the thing is, I should know better.

You see, my best friend is a devout Christian who voted for Donald Trump. He is also a molecular biologist, a gifted writer, and one of the kindest and smartest people I have ever met. You may think that we are still best friends because we try to avoid talking about religion or politics when we get together. Actually, not even close—we have discussed every controversial subject under the sun, and we have never had a falling out.

When you’re forced to give the other person the benefit of the doubt—say, because you genuinely respect them, or simply because they are bigger than you—you have no option but to try and put yourself in their shoes. No matter how wrong their ideas may seem, since they are the source of these ideas, you have to accept the possibility that you are missing something, even if they say things that are patently false. But how can you honestly listen to someone who seems to have trouble accepting basic facts about the world? Again, the answer is empathy. As the New Testament beautifully put it: Let him who is without sin cast the first stone.

Then again, maybe you think you’ve never let an emotional investment in a conflicting worldview stop you from accepting certain facts. I have, though.

As a kid, growing up in Greece just outside of Athens, I was told to stay away from Turkish people as well as Roma people, who we then called “Gypsies”. As luck would have it, my hometown of Spata—no r—was also home to a “Gypsy encampment,” and the local elementary school decided to give the Roma kids a classroom of their own; I didn’t meet one of them until the first grade. Now, usually, when you are in first grade, you have to deal with a bully here and there, but you try to avoid them if possible. In this case, all of us Greek kids were the bullies.

I remember feeling like I was somehow superior to these Roma kids; they had darker skin, their clothes were sewn together haphazardly, and they smelled. So I thought it was okay when my friends made fun of them and called them names at the playground. But then, one day, a friend of mine decided to escalate the taunting by slapping one of the smaller Roma kids on the back of their head. The kid turned around and pushed my friend away. Like a swarm of bees, all the Greek kids gathered around the Roma kid, ready to pounce.

To my surprise, what I saw on the Roma kid’s face was not fear. It was defiance.

I don’t remember what came over me at that moment, but I just ran towards the kid, turned around and put my hands out, as if to say to the mob: You shall not pass. And then I got angry: Angry at myself, angry at my friends, angry at the teachers sitting around pretending this was just kids being kids. I was so ashamed of myself that I started shaking and yelling out curses. I guess it was so awkward to watch that most of the kids quickly dispersed and the teachers finally came by to escort the more persistent ones back to class. Honestly, I don’t even remember if the Roma kid said anything to me, or if I said anything to him, before we went back to our separate classrooms; it was the last time I ever saw him. Still, to this day, I consider that kid the biggest badass I’ve ever met.

That day, I learned something that has stuck with me: The best among us are the ones that judge others the least.

Being the heathen that I am, I have come to realize that in life, we don’t actually need to be nice to others. We don’t need to be good to strangers, we don’t need to take care of kids, and we certainly don’t need to bang our heads against the wall trying to figure out how the universe works. We don’t owe anything to anyone. Yet we still do all that to the best of our ability, because there are moments when we see the best in others and realize that this means we are not so bad ourselves. And if we can have bad days, so can others.

So if you ever come across someone claiming the Earth is flat, sit down and listen to their story—not the story behind their theory, but the story of them.

Having said that, the Earth is not flat. It is a manifold. Please: Just Google it.