As the age of AI looms, what is the future for labour and unions?

Opinion: Amid fears that AI could threaten jobs, unions can keep doing what they've always done to survive in a brave new future—and even potentially inspire a more ambitious mission 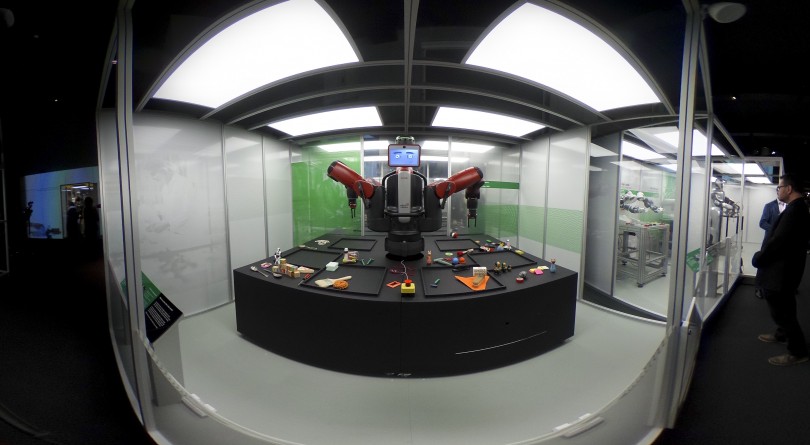 Christo Aivalis is a postdoctoral fellow in the history department at the University of Toronto. He is the author of The Constant Liberal: Pierre Trudeau, Organized Labour, and the Canadian Social Democratic Left.

Every year, Canadians gather in early September to celebrate Labour Day. For many, it serves primarily as summer’s last hurrah. But Labour Day transcends barbeques and the back-to-school blues, stretching as it does back to the nation’s infancy, when the government of John Thompson, Canada’s fourth prime minister, made it a national holiday in 1894. Ever since, it’s been a day to think about how workers and the labour movement have made Canada a better place.

But it must be stressed that the role workers and unions play is not merely a relic, but is part of an ongoing saga. Indeed, Canada’s major unions see Labour Day as a chance to showcase existing battles left to fight, including the implementation of a national universal pharmacare programme—and the major questions that loom about the future of work.

Indeed, while automation and the fear of a world without jobs is nothing new, it is a phenomenon given new life by the recent rise in artificial intelligence and machine learning. With that has come a perception—alarmist or not—that technological leaps not only endanger manual labour, but also professional positions that would potentially be replaced by machines that can process immense amounts of data and have the potential to learn in a manner once thought impossible.

READ MORE: Geoffrey Hinton, the Canadian godfather of machine learning, on how it works and what comes next

So what should Canadian unions, workers, and policymakers be doing to prepare for a future where work is either substantively transformed, or rendered largely obsolete for millions of people? The answer is multifaceted, but must include both short and long-term policy prescriptions rooted in the lessons of working-class history.

Since the dawn of the industrial revolution and earlier, workers have faced the spectre of machines that could do work cheaper and more efficiently, thus rendering their services obsolete. While efforts by groups like the United Kingdom’s so-called Luddites to wreck the machines were perhaps more infamous than effective, more pronounced was the shift by unions away from an organizing model fixated on skilled craftsmen and toward one that targeted the waves of workers flooding into new mass industries. This was known as industrial unionism, and it organized workers on a scale never before seen. The proliferation of technology in the 19th and early 20th centuries forced unions to change how they operated, and so they did, often with success.

Even if one subscribes to the idea that work is an endangered species, it isn’t gone yet, and workers still need unions to represent their interests. Much like industrial unionism did in the 1930s and 40s, today’s unions need to explore how best to defend workers in the service sector and within precarious employment more generally. This will require not only legislative reform to make unionizing easier, but the unions themselves will have to get better at communicating with a new generation of workers facing different sorts of employment contexts than their parents.

One of Canada’s earliest high-profile labour disputes might be instructive here. In 1872, workers made an intensive demand for a nine-hour day, as at the time, workdays were far longer than they were today, leaving little time for leisure, rest, family, or engaging in any sort of self-improvement through training or education. These workers made the argument that not only was the shorter workday a matter of human dignity, but that new technological advances meant each worker was producing more per hour, making such a request more reasonable than ever before. The nine-hour movement failed in the short term, but over the ensuing decades, workers through bargaining and legislation saw workdays become shorter, often without wage losses.

But it’s been a long time since we’ve seen any further successes in shortening the work week, even as productivity has spiked since the 1970s. One solution to the continued advance of technology could be to shorten workweeks without decreases in pay. This would not only act as a re-distributive force from profits to wages that many feel is long overdue, but would share the dwindling pool of work that may arise in the coming years and decades. This is all on top of the increased realization that the eight-hour day may not be conducive towards productivity maximization. Already, some unions are choosing to prioritize shorter workweeks in bargaining, and this tactical approach may become more popular should machine displacement intensify.

New organizing models and shorter workdays are both viable solutions to address the struggles of encroaching automation, but neither strike to the heart of the matter that AI exposes. In our current capitalist system, the politics of automation are inherently adversarial, because while productivity increases and cost savings are consistently sought by owners, managers, and shareholders, the workers themselves don’t want to be displaced from the job that provides them their livelihood. Historically, many workers and socialists have acknowledged the immense social value automative processes have had in eliminating the most tedious and dangerous of jobs, meaning that we can shift our human resources in more productive and fulfilling directions. But automation driven primarily by profit motives serves to further concentrate power and wealth, making our society more unequal, and our democracy more imperilled. Even things like the basic income guarantee may fail to solve this issue, because putting the masses of people on mere subsistence incomes while an increasingly small number of owners and technical workers reap riches is more likely to lead to Elysium than to a just society.

READ MORE: Garry Kasparov on Russia, chess, and the great gambit of AI

So the rise of AI may well provide the conditions for a reinvigorated challenge to capitalism. Unions must not only bargain for better wages and conditions, but must push for mechanisms that give workers greater say in the direction of their workplaces, and a greater share of the value derived from actions which have traditionally served to unemploy them. But beyond bargaining, labour must align with politicians seeking to democratize workplaces and the wider economy by increasing the proportion of our economy owned not by capitalists, but by cooperatives and the public. If we are indeed at the precipice of a new industrial era, the only way to ensure 90 per cent or more of the population isn’t permanently marginalized from economic life is to demand that our democratic levers extend into the operation of industry. Put another way: in the automated age, democracy will need socialism.

Some might scoff at the idea, saying that the rabble would be doing little more than siphoning wealth from those whose rugged individualism has ushered in wondrous new technologies. But as Sir Isaac Newton once said, even the brightest stand upon the shoulders of giants, meaning that no man or woman succeeds on their own. Some lucky few may own tomorrow’s means of production, or have the skills to operate them, but the path toward that future is impossible without the masses doing all sorts of work, celebrated or otherwise. Humanity’s success has always been a collective one, and that applies now more than ever given higher levels of connectivity, and the greater complexity of our aims.  Simply put, today’s trade unionists and their political allies must lay the groundwork for a new economic order, where no matter what happens to the concept of jobs as we understand them, there will be a social and economic role for the Canadian working class.