'At Huawei, we’re not attaching laser beams to the heads of sharks' 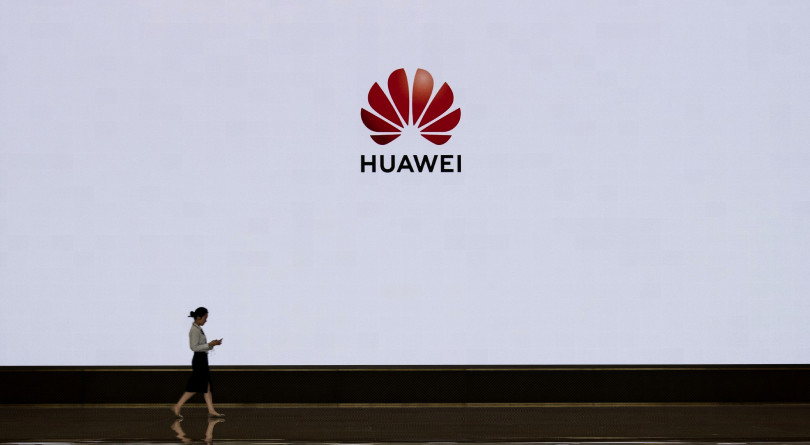 In June, Editor-at-large Scott Gilmore wrote about the apparent desire of leading Democrats south of the border to mirror popular Canadian policy, including on health care and foreign affairs.

I can identify with Scott Gilmore’s statement that most Americans “want to be more like us.” I am a guide with the famous Ghost Tours of Niagara-on-the-Lake and often have the chance to speak with many of our guests from the south. I always enjoy comparing lifestyles and general ideology. They love Canada and often ask what we think of them. I had a lady from Pennsylvania look me straight in the eye and say, “You must hate us.” Taken back, I asked her what she meant, and with intensity in her eyes she retorted, “You know!” I did know, and that distinct undertone has been noticeable in many of these candid conversations with our American visitors. Often I will try to ease their self-critical reflections by stating we have our own burdens to bear in Canada as well. I think it’s a gesture to get the message across that we are not so far apart.
—Bill Hamilton, Virgil, Ont.

In June, Editor-at-large Sarmishta Subramanian wrote about how Ontario’s education cuts in the Doug Ford era fuel inequality—and the path to reducing inequality is in the opposite direction.

I am one of those library technicians mentioned in your article who has had her position downsized to half-time due to the Ford education cuts. Yes, the cut has hurt me personally but, more importantly, it has hurt the students of our small school located in a remote section of northwestern Ontario. The population of Geraldton Composite High School fluctuates between 160 and 200 students. Of those students, more than half are identified as “at risk” or “special needs” students. Most of our students self-identify as Indigenous. Our graduating class this year comprises 21 students, nine of whom are Indigenous. All through their high school careers, those indigenous graduates could be found in the library during their spares, lunch hours, before and after school, and during their e-learning classes. The library offers them a haven from the mainstream of the school population, a quiet place that gives them respite from the busyness of the hallways. And it is not just the potential graduates who hang out in the library—it is a quiet place for any of our students. I am here to listen to them, assist them with research or projects and provide them with great reading material. My concern now is for those students who need the library for their quiet time: what will they do during the other half of the day when I am not here to help them? Where will they work on their e-learning classes? Perhaps in Ford’s eyes, the library is not necessary to student learning and student well-being, but in our school it is. I invite Ford to visit our school and see how much our library means to our kids.
—Frances Koning, Jellicoe, Ont.

Maclean’s is worth reading and yet sometimes falls short, such as the article on public-school spending and meritocracies. It implicitly criticizes the Ford Ontario government with a large image showing posters claiming it is imposing cuts to education and that these will “hurt kids.” The inevitable conclusion, this suggests, is to pour more (and more—is there any justified limit?) money into education. Surely you know that an issue such as this is not subject to such a simplistic solution, yet you make no mention of the many trade-offs. Should we continue the previous Liberal government’s path to provincial bankruptcy? Spend less on health care? Raise taxes? Limit public service unions’ power to extract ever higher wages and lower work hours? With regard to the underlying “risk factors to economic and political stability,” many do identify inequality as a major risk. In his excellent book Prosperity, Colin Mayer describes how the current version of capitalism leads to severe inequality and also gives us a path to reversing this damaging trend. We need all economists to understand this and help our politicians determine the way forward. Until our laws deﬁning corporations evolve, improvement is unlikely.
—Douglas Moffatt, Leamington, Ont.

In June, Associate Editor Nick Taylor-Vaisey wrote about a fight between a pesky cormorant colony and a threatened species of wildflower at Canada’s southernmost point in the middle of Lake Erie.

I have been managing a volunteer cormorant scare/cull program on an island in Lake Simcoe, Ont., since 2011. Cormorants were historically never seen on Lake Simcoe. They first arrived shortly after zebra mussels became established in the mid-1990s. Fish-eating cormorants are visual feeders. It is my belief that they have benefited from the invasive mussels that have vastly increased water clarity and, thereby, the effectiveness of their feeding. This translates to healthier birds, and more and healthier chick survival. Because of this, the cormorant population has increased exponentially. Our island saw an estimated 20,000 cormorants migrate and roost along a 1.5-km stretch of the shoreline each fall. The effects were devastating to the shore vegetation, the adjacent water quality and almost all other shoreline life. Our operations have not ended the fall migration to this island, but what it has done is moved the birds out more quickly. We have found they are increasingly smart birds and move out quickly once the shooting starts, and each year they seem to move more quickly. We now see the positive impacts of fewer birds on the island. The trees are fully foliated, a large number of birds including great blue herons have returned and we even see bald eagles. Our highly strategic, site-specific program is nothing like the open-season approach currently being proposed in Ontario. The spring effort is very successful in limiting nesting, which was previously devastating to the shoreline. Humans have impacted every habitat and ecosystem. It behooves us to try to manage and mitigate our effects when we have reasonable, dedicated and cost-effective means to do so.
—Larry Wickett, Beaverton, Ont.

In June, Senior Writer Anne Kingston wrote about how human kindness—and resurgent empathy across the globe—is the only solution to a broken world.

As your article points out, it is now firmly established among psychologists that when one makes others happy, one tends to feel happy oneself. This fact should be proclaimed from the rooftops—and in our schools—to fully persuade people that there truly is a payoff for acting compassionately. Once people are fully convinced that kindness can make them happy, the “compassion revolution” will truly begin.
—Jordan Moar, Waterloo, Ont.

Running out of time

In June, Ottawa Bureau Chief John Geddes wrote about how extreme weather may finally make climate change a ballot box issue when Canadians head to the polls later this year.

A lot has happened since 2016, when federal politicians were reticent to admit that the Fort McMurray fire could be the result of climate change. To date, we have experienced flooding in Ontario and Quebec, extreme forest fires and rising sea levels. The folks in P.E.I. are living the perils of climate change with coastal erosion and warmer summers. That anything other than the degradation of our climate would occupy the minds of voters this fall leaves me dumbfounded and speechless. The Liberals purchased a pipeline. The NDP talk pharmacare and personal hygiene products. The Conservatives want the carbon tax gone. That leaves the Green Party. Elizabeth May is committed to doubling the carbon tax so that we reach our objectives as they relate to the Paris climate accord. The dilemma: an increase in Green votes will most likely secure a Conservative federal win; we can’t risk a governing party that does not support the carbon tax, because it works and we have run out of time. The Liberals need to win and advance a coalition embracing the Green Party so that May can influence a doubling of the carbon tax. A strategy at the polls to secure a Conservative victory would simply be stupid.
—Catherine Hammill, Kincardine, Ont.

In April, Contributing Editor Andray Domise wrote about the rise of an uncaring Canada that turns away from immigrants—and the ignorance that may fuel the trend.

In his column, Andray Domise reported that a recent poll found 40 per cent of Canadians believe that there are “too many visible minorities coming to Canada.” After immigrating to Canada 45 years ago, I—a white male—lived in an all-white rural community. I recently retired to Burnaby, B.C., whose population is more than half visible minorities, and where my doctor, dentist, optometrist and bank representative are all visible minorities. The volunteers I work with side by side at the local food bank are mostly visible minorities. I have learned a person’s character, abilities and competence have absolutely no relationship to the colour of their skin, country of origin or religion. My grandchildren are growing up in a multiracial society and I hope that they will never learn to judge people by the colour of their skin.
—Chris Kennedy, Burnaby, B.C.

Jason Markusoff has provided an informative and alarming article on how feral swine are increasingly a threat to people’s livelihood. It appears these wild hogs, similar to javelinas in Arizona and other states, are destructive and without fear of humans, and are continuing to spread. Pay attention to the scientists: African swine fever may be coming sooner than you expect. It is time to react.
—Lynda Maier, Belleville, Ont.

In May, Contributing Editor Terry Glavin wrote about how global telecom giant Huawei is a key weapon in Beijing’s economic and political ambitions.

The way Terry Glavin tells it, working at Huawei Canada is like toiling in Dr. Evil’s secret lair—just one world-ending scheme after another. Sorry to be the one to break it to him: at Huawei, we’re not attaching laser beams to the heads of sharks; instead we just go to work each day and try to do our best job serving our customers—Bell, Telus, Rogers and many, many others. Like every other workplace in Canada, we complain about the co-worker who left the tuna sandwich in the fridge for three weeks. We hope that Kawhi stays in Toronto. Admittedly, there are certain differences with working for a world-leading tech company such as ours; one of our engineers once cornered me to explain how to design a filter for a radio that allows for maximum spectral efficiency based on a carrier’s spectrum holdings in certain parts of the country—but don’t worry, I managed to escape. This is what Huawei employees talk about around the watercooler; hardly the stuff of supervillains in espionage thrillers taking their marching orders from Beijing. We have more than 1,100 employees in Canada and have been serving Canadians for more than a decade. Everyone, from our president Eric to our chief cyber-security officer Olivera to our chief technology officer Rob, has to follow Canadian laws. And we do, every day of the week, with great pride and professionalism. None of my co-workers deserve the blame and scorn Glavin heaps on us for the present state of Canada-China relations. The government of Canada is currently seized with many important decisions related to Huawei. We respect the government’s processes, and hope that whatever decisions that are made are based on technology, fairness and the rule of law; not politics.
—Alykhan Velshi, Vice President, Corporate Affairs, Huawei Technologies Canada, Markham, Ont.