Before reconciliation is possible, Canadians must admit the truth 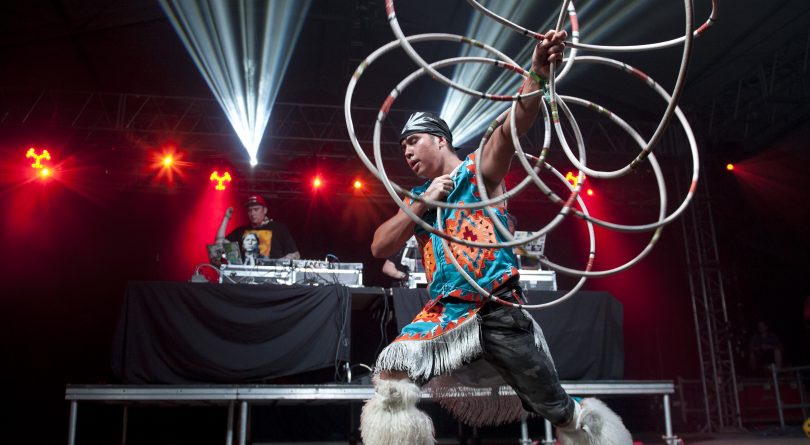 It has been a buzzword ever since the 2015 release of the Truth and Reconciliation Commission’s (TRC) report. In the years following, the term reconciliation has occupied an ever-increasing space in Canadian dialogue. Countless organizations and institutions cite reconciliation with Indigenous people as a priority. You will hear land acknowledgments at virtually every reputable public event or speech. Last year on National Indigenous Peoples Day, Prime Minister Justin Trudeau famously (or, depending on who you ask, infamously) said on behalf of his government: “No relationship is more important to Canada than the one with Indigenous Peoples”—perhaps the first time that those relations were cast not as a priority, but the top priority. Recognizing these shifts and developments, many would assume that 2019 should be deemed the year of reconciliation—but should it really? If the TRC is our catalyst for this conversation, we need to recognize that there is a reason truth comes before reconciliation.

Indigenous people have long been doing their work, despite existing barriers. They continue to reclaim, resist and heal. Their presence and contributions are critical to a truthful and reconcilable nation. And while Canada has surely made progress in the past few years, the country has just begun to do its share of the work. Neither regular land acknowledgments nor electing a record number of Indigenous parliamentarians can make up for the fact that Canada has only scratched the surface of what acknowledging truth might look like.

MORE: How Canadian universities are responding to the TRC’s Calls to Action

Forty per cent of Canadians say they believe that the treaties have been appropriately respected by Canada, according to a survey conducted by Angus Reid for the 10th anniversary of the residential school apology. Yet 66 per cent of Canadians believe Indigenous communities should not have control over their own affairs; a direct contradiction to the spirit of treaties. These respondents also seem ignorant of the dozens of cases brought to courts every year in which treaty rights have been violated. A majority of Canadians still haven’t learned, don’t understand or refuse to accept the truth of this country.

The truth is, there is no Canada without Indigenous people; they are the original, foundational, fundamental parts of this land. Instead of trying to make room for them in colonial systems and institutions that were never meant for Indigenous people to exist within, we need to find the willingness to tear it all down and reimagine what a nation that respects truth might look like—and then build that nation.

In reference to the boil-water advisories that dozens of First Nations communities are under today in this country, children’s rights activist Cindy Blackstock said: “If you don’t have water . . . programs aren’t going to do you a lot of good.” And she’s right. Apologies don’t do a lot of good if you aren’t willing to do the hard, inconvenient work to rectify issues and be forgiven, just like land acknowledgments don’t do a lot of good if you’re violating Indigenous rights to land.

Despite how insurmountable this process of truth and reconciliation may now seem, incredible hope lies in Indigenous people who are already changing and challenging visions of Canada and the future. At this year’s Eva Holtby Lecture on Contemporary Culture, Jesse Wente, an Ojibwe broadcaster and advocate, discussed how Indigenous storytellers are asserting their narrative sovereignty, and how these assertions will positively change Canada in the decades to come. He pointed out music group A Tribe Called Red, singer and composer Jeremy Dutcher and artist Kent Monkman as just a few examples of Indigenous people who have taken what are traditionally non-Indigenous mediums and used them as tools to enhance their Indigenous stories—bettering the mediums along the way. It is not integration, it’s Indigenization, and storytelling is just the beginning of it. Imagine a justice system, an education system or an economic system in which Indigenous people are not just included but valued as highly as they should be.

However, Wente also noted in his lecture that in conjunction with the amazing reclamation that is happening, Indigenous people are largely in a period of healing. The process of healing from centuries of genocide, marginalization and injustice takes time, likely generations, and cannot be expedited to meet the timelines of any individual’s, organization’s or government’s vision of reconciliation.

This sentiment about truth and reconciliation is not a condemnation of all the changes Canada has made thus far in the pursuit of reconciliation; it is a call to reframe the objectives of this pursuit to focus less on chasing reconciliation and more on embracing the truth while continuing the work that has been done thus far. It is a challenge to go beyond the surface-level changes and seek transformational approaches to Indigenous-Canadian relationships. If this is truly what Canadians think reconciliation looks like, they have failed in thinking boldly enough.

We are nowhere near the year of reconciliation; we likely won’t even see that utopian year in our lifetimes. We must first commit ourselves and continue on the path of reclamation, healing and, most especially, truth. Let 2019 be a strong year for it.

MORE ABOUT TRUTH AND RECONCILIATION COMMISSION: