Bob Rae responds: 'At some point, the lies have to be answered'

Opinion: Amid criticism on the campaign trail of his time as Ontario's premier, Bob Rae defends the legacy of his NDP government 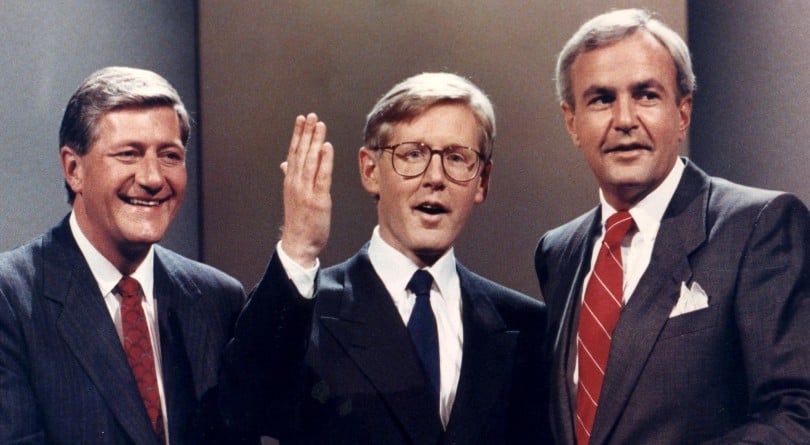 The first of 1st-century Jerusalem scholar Rabbi Hillel’s famous three questions put it most succinctly: “If I am not for myself, then who will be for me?” There are many who suggest that for me to comment on my time as premier of Ontario only adds fuel to the flames of derision from right and left. But at some point, the lies and propaganda have to be answered. And things being what they are, if I don’t do it, not many others will.

I wrote about these years some time ago in a political memoir called From Protest to Power. Ontario’s economy grew steadily from 1983 to late 1989, but a combination of high-interest rates and restructuring following the free trade agreement with the United States were principally responsible for a sharp downturn that began before the election of 1990. As events unfolded, the Ontario economy faced its worst recession since the late 1930s. No sector was left untouched, from real estate in Toronto to forestry in northern Ontario.

Like all recessions, it took its toll on public finances. Costs increased as more people faced unemployment with a federal insurance scheme that kicked in with too little, too late. Inflation screeched to a halt, and so did provincial revenues, actually going down year over year for the first time since Mitch Hepburn had been premier.

That was the economic backdrop to the formation and life of the New Democratic Party government in Ontario, elected in September of 1990. To say that the NDP “caused the recession” is just nonsense. In the face of the recession, the government pursued a policy that sought partnership with the private sector (restructuring northern forestry companies, buying De Havilland with Bombardier, working on strategies for sectors that needed public support and private innovation), an unprecedented effort on training the work force (known as “Jobs Ontario”), focusing on social justice and employment equity, and investing substantial funds into housing and transit. Jobs began to return after 1992, and by 1995 Ontario’s growth was the best in the G7.

It was also a time of social innovation that was to be taken up by other governments decades later. A statement of relationship with First Nations. A Trillium Drug Plan to cover costly at-home treatment. Midwifery programmes that were the first in Canada. Pay equity. An environmental bill of rights. Labour legislation that extended collective bargaining, as well as increases in the minimum wage. These changes were not without controversy, or without opposition. But they reduced the inequalities that grew with the recession, and made a difference to working families.

READ MORE: The rise and fall of Bob Rae, as told through the Maclean’s archives

The bad news was that, like the federal government and every other government in the country, we borrowed money to cover the gap between revenues and expenditures. The argument that the NDP “spent like drunken sailors” is not just an insult to the navy—it also happens to be false. The growth in expenditure over the four-and-a-half years of government was, on average, barely above the rate of inflation. Our challenge was made more difficult by the decision of the federal government to reduce its transfers to Ontario, an approach far different from that taken in earlier recessions. The discrimination in transfers to Ontario specifically was eventually remedied by the Chretien government—but not before the damage was done.

Governing taught us the lesson that there are often no easy choices. There were limits to what we could tax, and what we could borrow. If we took the easy route and passed on the federal cuts to our municipal, education, and health partners, the result would be massive job cuts and reductions in services. We shared our situation openly with our partners, and engaged in a lengthy, and very public, process in trying to devise a way of sharing the pain. In the end the partners could not agree, and we were faced with another choice: just cut the money and the services, or impose what became known as “Rae Days,” days off in exchange for job security. We chose the latter course.

I wish whoever wins the next election in Ontario every success in meeting the challenges of jobs and justice that face every administration. I have found it interesting to watch other governments around the world wrestling with challenges, and sometimes finding their way to conclusions similar to mine, or some other path. The liberal and social democratic movements around the world have been debating them for half a century, and there are always lessons to be learned.

READ MORE: Ontario election platform guide: Where the parties stand on everything

We know that the Progressive Conservative government that replaced mine in 1995 took a very different path. Transit investment was slashed, and so was social housing. Those cuts have come with a heavy price. Welfare benefits were cut by 22 per cent and, yes, so were some taxes. Nurses and teachers lost work. My point is that every government makes choices, and does so often in the face of very different economic conditions. Every fair-minded person would say that the economic recovery began in Ontario in 1992, and continued for a long time after that. Every government likes to take credit for every job created. But this is an exaggeration. Wise policies can help, and bad policies can hurt.

I felt then, and still do, that social democracy—the pursuit of prosperity, justice, and sustainability, and respecting the dignity and difference of each person—are essential to a good politics. I have pursued those objectives in the two political parties I have served and led. To pretend that the NDP government in Ontario between 1990 and 1995 was not a government made up of women and men devoted to their ideals and doing their best at a difficult time does a disservice to the talent and dedication of fine people. As time evolved, I decided to pursue those goals in a different political party than the one I joined in 1975. I’m told that when that happened the New Democrats at Queen’s Park took my picture off the walls of the caucus offices, as if a decade and a half of leadership had never happened. Even Oliver Cromwell has his portrait still standing, “warts and all.”