Alberta MP Garnett Genuis on the special envoy's delayed report and how it fails to put forth tough, necessary measures to stop a genocide 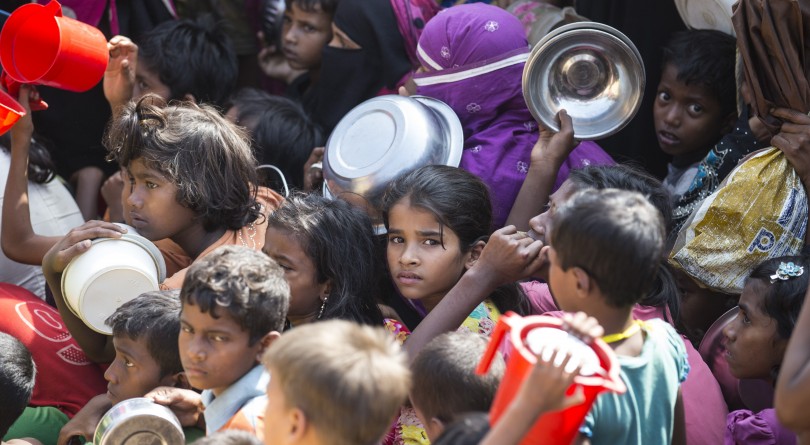 I hope that Bob Rae’s report on the situation facing the Rohingya people in Burma will finally provide the impetus for some government action. That said, there is much about the report itself and the context around it that continues to be quite frustrating.

The Rohingya people in Burma have faced a continuous process of de-legitimization and worsening abuse, culminating in genocide. That process started in 1982, if not before. I started asking questions in the House of Commons about this issue in early 2016, relatively soon after I was first elected. The issue still didn’t get much attention until the most recent escalation in violence in the fall of 2017.

At that point, with the Rohingya issue suddenly hitting front pages here in Canada, the government decided to act—or at least, to be seen to act.

It appointed Bob Rae as a “special envoy”, with responsibility to write a report about the situation. Although there were certain limitations to his role, I had hoped that it would lead to action.

Rae promised a final report by the end of January—but has only now released that report, in April. The government could have and should have acted in the meantime. It did provide some humanitarian assistance, but did virtually nothing on the political side. The only action to speak of in this respect was to impose new sanctions on one person.

The Rae report itself should have, at a minimum, recognized the situation for genocide. The report recommends further study on whether or not the term applies, but this is too little too late. Recognizing genocide obliges action to stop it—so recognizing genocide after the fact is not nearly as important as being willing to recognize it while it is happening.

That the Rohingya face terrible violence, violence which is associated with a clear public effort to de-legitimize their presence, is not seriously disputed. Experts at Yale Law School found legal evidence of genocide in Burma as far back as 2015. In that light, this recognition should not be difficult.

The Rae report continues a discussion about what would constitute the conditions for the safe and dignified return to Burma of the Rohingya people. But this is clearly academic for the time being, given the ongoing situation. We should prioritize action to stop the violence, and attend to the issue of return later on.

The report, and much of the subsequent coverage, focused on humanitarian assistance to refugees and on taking refugees here in Canada. These are important issues, but they do not obviate the need for political leadership aimed at stopping the violence.

Canada should not pretend that we can somehow solve all the world’s problems by welcoming an extremely small proportion of those affected to Canada. Helping refugees is not a solution to conflict— it is, rather, a valuable but small Band-Aid on a massive and growing wound.

Canada can and must provide political leadership aimed at stopping the violence. This should start with tougher sanctions targeting all of those responsible—the military as well as military infrastructure, and members of the civilian government who actively support the de-legitimization of the Rohingya.

The Rae report makes the rather obvious point that sanctions should not target ordinary people. What we are seeking is the imposition of much stronger sanctions, targeted against a broader range of responsible actors. That should include those who have been found in breach of international law, as the report recommends, but also those who are aiding, defending or covering these violations.

The Minister of Foreign Affairs has spoken about the appointment of Bob Rae as if that appointment constituted action itself, but Canada’s response has still been woefully inadequate.

We should already have imposed strong sanctions, prioritized this issue in multilateral forums and sought to coordinate the intensification of sanctions with our allies. This is reflected in some of the report’s recommendations, which will hopefully now finally be put into action. I would add that we need to be speaking out in a serious and methodical way, not in a smug self-congratulatory way.

We are already late in the game, but Canada can and should show some leadership on this issue. It is still not too late to have an impact. I hope that finally, following the release of the much-delayed Rae report, something will be done.

Garnett Genuis is the Conservative MP for Sherwood Park—Fort Saskatchewan