Andrew MacDougall: Why did the PM's ex-principal secretary go, while others are allowed to stay? Either nobody did anything wrong, or everybody did. 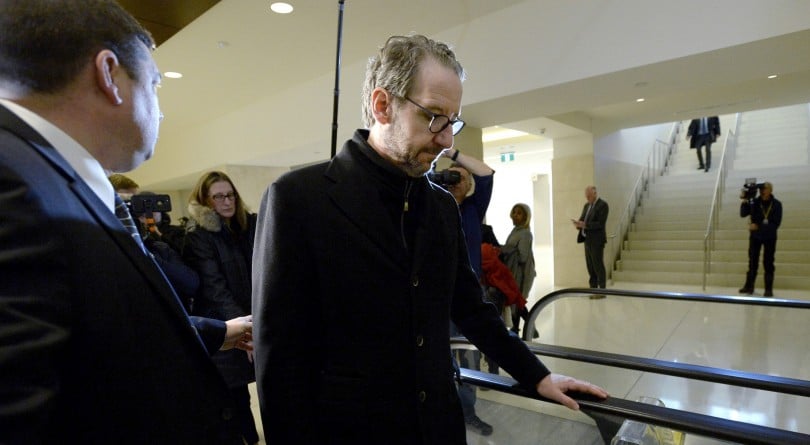 Butts leaves after appearing before the Standing Committee on Justice and Human Rights on Parliament Hill on Wednesday, March 6, 2019. (THE CANADIAN PRESS/Justin Tang)

Why is Gerry Butts unemployed? I mean, seriously. Why is Justin Trudeau’s main man on the dole?

In a world where former Liberal colleagues Katie Telford, Mathieu Bouchard, Elder Marques and Ben Chin are all still gainfully employed despite inappropriately intruding on the SNC-Lavalin file, why is Butts on the outside looking in? What’s Butts done that the others haven’t?

Re-scanning Jody Wilson-Raybould’s incendiary statement to the justice committee, there doesn’t appear to be a material difference between Butts’ conduct and what the former attorney general said his colleagues did. Sure, there’s that naughty bit about not liking Stephen Harper’s law establishing the independent Office of the Director of Public Prosecutions, but every single one of the people named—including Butts—is said to have butted in on Wilson-Raybould after she’d told them she’d made up her mind on SNC’s eligibility for a deferred prosecution agreement (DPA). And yet, only Butts has shown himself the door.

If anything, though, what the others involved stand accused of is worse than Butts’ expressed desire to “find a solution” or observation that “there is no solution (to SNC) that doesn’t involve some interference”.

From Telford’s “we don’t want to debate legalities anymore”, to Chin’s plea to consider the electoral ramifications in Quebec, to Bouchard and Marques’ understanding that the individual Crown prosecutor wanted a deal, while the Director of Public Prosecutions did not, there appears a lot more to answer for than was the case for Butts. And let’s not get started on Michael Wernick.

Despite their deeply troubling—and possibly illegal—ramifications, the Liberals aren’t interested in dissecting any of those intrusions into the Canadian justice system. Certainly not the Liberal members of the justice committee, anyway, who this week shut down a second attempt to get Wilson-Raybould back to committee to rebut Butts.

If the Liberal-controlled committee has now decided it’s “heard enough” from Wilson-Raybould—the star player—what chance is there the other implicated parties will ever have their day? The answer you’re looking for is “zero”.

That’s right, there is now a zero per cent chance the Liberals will ever allow power players Telford and Chin to appear. Or to have Bouchard and Marques describe the substance of their many meetings with SNC over the course of three years before the inclusion of SNC’s much sought-after DPAs in the 2018 budget. Or the subsequent pressuring described by Wilson-Raybould once the director of public prosecutions declined to offer a DPA to SNC. No, we are done hearing from the Liberal voices that remain under Trudeau’s control.

But if the Liberals at committee—and, by extension, Trudeau—have given all of these key players a clean bill of health, why won’t they do the same for Butts?

After all, it’s not like Butts has ever admitted to any wrongdoing on the file. Indeed, he went out of his way in his resignation letter to admit nothing of the sort. “I categorically deny the accusation that I or anyone else in his office pressured Ms. Wilson-Raybould,” he said, albeit ahead of Wilson-Raybould’s testimony. And in case anyone missed it, he followed up a few paragraphs later with an “any accusation that I or the staff put pressure on the Attorney General is simply not true.”

Butts then went to committee and largely repeated himself after Wilson-Raybould’s broadside, absolving himself—and his colleagues—of all blame, before telling committee members that it was just a little misunderstanding between The Centre and a minister who was sour because she had been told she was losing her “dream job”, as per the prime minister’s shuffle prerogative. In other words, it was all just a tragic misunderstanding.

And if there’s one thing most Canadians can get behind, it’s that nobody should ever lose their job over a silly misunderstanding. We believe in fairness much too much to let such an injustice pass.

That’s why it’s time for Trudeau to pick a lane on SNC. Either nobody did anything wrong, or everybody did something wrong. It’s either everybody involved gets fired, or Gerry Butts gets re-hired.

Unless, that is, there is still more to come with respect to SNC-Lavalin. Perhaps the grenade Butts thought he’d be smothering by jumping out of Trudeau’s office has yet to explode? And perhaps the pin holder of that grenade is no longer in Trudeau’s direct employ or orbit. We certainly know Wilson-Raybould would like to speak about her time at Veterans Affairs and her resignation from cabinet. More explosive statements from those times would be a very good reason to keep Butts held at arm’s length.

Yes, it could also be that Butts truly didn’t want to be a distraction, or that he thought being the prime minister’s bestie was inconvenient in times of scandal—especially one involving the two of them. (This was his official explanation for leaving, as told to the justice committee.) But the uneven treatment means the questions will keep coming.

It’s therefore time to reverse the onus: every day that Justin Trudeau doesn’t take Gerry Butts back is another day we’re allowed to be cynical about the conduct and motives of Trudeau’s government when it comes to SNC-Lavalin.