Can we please pass on the slaughter this year?

Adnan R. Khan: On Eid ul Adha, Muslims have a choice: Put more pressure on already taxed slaughterhouses or find another way to sacrifice during a pandemic 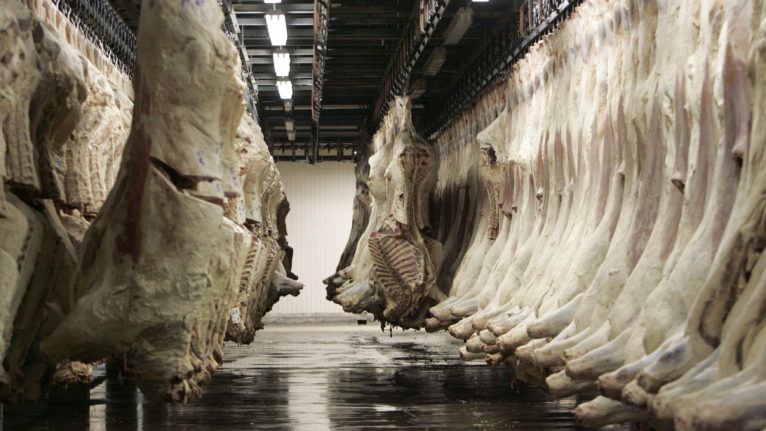 The end of this week marks the holiest day on the Islamic calendar, the equivalent of Easter for Christians, when Muslims around the world gather with their loved ones to commemorate the moment when the Prophet Abraham, in a show of faith, was asked by God to sacrifice his child. As the story goes, Abraham obeyed but before he could bring the knife down on the boy’s neck, God replaced the child with a lamb.

Muslims mark this day to demonstrate their own faith, sacrificing an animal and distributing some of its meat to the poor. The ritual has come to symbolize their firm belief in God’s plan and to celebrate His creation. It is a somewhat solemn affair in some ways, meant to demonstrate humility and our common humanity.

There are of course those, including myself, who criticize the ritual for being overly literal and, in practice, an annual environmental catastrophe. But I don’t want to dive too deeply into those environmental issues here. They come up perennially and raise serious philosophical questions. How, for instance, does the mass slaughter of millions of animals promote the overall wellbeing of God’s creation? Is it enough to help the poor with a bag of meat once a year or, perhaps, is God trying to tell us something more fundamental about what it means to sacrifice for the greater good? In other words, is the story of Abraham about the act of sacrifice or the idea of sacrifice?

The latter question is what I’ve been grappling with these last few days. Eid ul Adha, as long as I can remember, has been about the feast. Family and friends gather together to roast, broil, barbecue, curry and cure mounds of lamb, goat, mutton, beef and chicken (camel too, if it happens to be available). A portion of the meat is set aside for distribution to the poor but really, the focus of the celebration—which I’ve attended in Canada, Turkey, Afghanistan, Saudi Arabia and Pakistan—is on eating, copiously.

That’s not what the celebration is supposed to be about, Imam Hamid Slimi from the Sayeda Khadija Centre in Mississauga, Ont., says. “It’s not necessarily about the animal. The story in the Bible and the Qur’an is about giving up something that is dear to you, even your own child, for the sake of God.”

This year, more than any in living memory, that message should be front and centre on Muslims’ minds. As we grapple with the worst disease outbreak in a century, with slaughterhouses identified as ideal locations for the infection to spread, perhaps foregoing meat is a good idea—for Muslims and non-Muslims alike.

Unfortunately, that’s not what appears to be happening. Halal meat retailers tell me demand this year hasn’t declined but the supply is expected to be low because of coronavirus restrictions at meat processing plants.

Halal slaughterhouses find themselves in a conflicted position. On the one hand, the Eid celebration is lucrative (one halal meat retailer in Ajax, Ont., told me prices this year have spiked by as much as 30 per cent because of the expected supply disruptions). On the other, they must protect their employees and abide by guidelines on social distancing and other pandemic control measures. According to Slimi, to meet the demand, slaughterhouses will be operating two 8-hour shifts a day on Friday, Saturday and Sunday—the days the sacrifice must be made for it to be valid in Islamic tradition. (Meat processing companies I contacted that process halal meat did not respond to email attempts to confirm that schedule.)

Meanwhile, Muslim organizations I spoke to say it is up to slaughterhouses to make sure they are taking care of their own employees. “We don’t have guidelines around udhiya/qurbani,” Iman Jandali, the Program Coordinator at the American Muslim Health Professionals network, which is coordinating its COVID-19 response with the Islamic Society of North America, wrote in an email, referring to the Eid sacrifice. “We hope slaughterhouses are abiding by necessary procedures to avoid any possible spread of Covid.”

Indeed, Jandali went on to say that if people are finding it difficult to make a sacrifice because of restrictive guidelines at slaughterhouses, they can always “use the services of several relief and charitable organizations that are ready to do it for them in different parts of the world.” He went on to add that in those cases, not only would the sacrifice be “valid” it would also be “less expensive” and the meat would reach more deserving people.

I’m not exactly sure how that is helpful during a global pandemic where concerns over disease spread at wet markets and slaughterhouses in poor countries are just as acute, if not more, than in places like Canada and the U.S. Asking Muslims to pass off the responsibility to slaughterhouses who follow guidelines from underfunded and often corrupt governments in developing countries makes little sense.

“The priority here has to be to save lives,” Slimi tells me, “not sacrifice an animal. We’ve seen how Saudi Arabia has responded by canceling Hajj. Ramadan was not the same as well.”

During Eid ul Adha, there’s no theological reason forcing Muslims to sacrifice an animal either. In fact, in the spirit of Islam, the best response to the pandemic is to not sacrifice, and put slaughterhouse workers and their families at risk, but instead to look for other ways to support efforts to fight the coronavirus or help those affected by it. Sacrificing our time to volunteer, our money to support those whose lives and livelihoods have been devastated by the pandemic would be more in the spirit of the holiday than buying meat.

If we want to demonstrate our common humanity, there is no more noble a sacrifice than that.