Canada and its allies must hold the Chinese government to account

Peter MacKay: Rather than rely on China for critical goods, Canada’s strategic interests require us to shift towards partners that align with our rules-based system 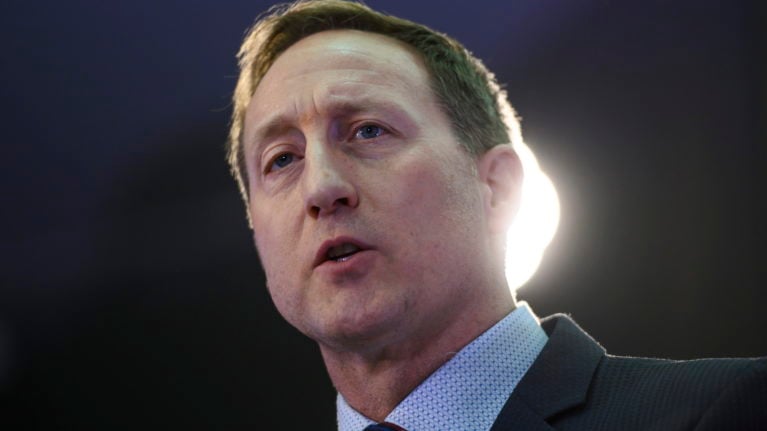 Peter MacKay speaks to a crowd of supporters during an event to officially launch his campaign for leader of the Conservative Party of Canada in Stellarton, N.S. on Jan. 25, 2020. (Darren Calabrese/CP)

Peter MacKay is a former cabinet minister and current candidate for the leadership of the Conservative Party of Canada. This piece is part of a Five Eyes paper published by the U.K.-based Henry Jackson Society, a British foreign policy think tank.

While the COVID-19 pandemic still rages in Canada—having infected some 72,000 and killed more than 5,300 of our citizens as of mid-May— there is mounting evidence of China’s negligence in connection with the pandemic.

Instead of seeking cooperation with foreign states during the initial outbreak of the virus, the Chinese government amplified its transmission by suppressing critical data and repressing and sanctioning Chinese whistleblowers. The government also spread disinformation about its origins and associated risk.

Canada and its allies must hold the Chinese government to account. We must diversify trade away from non-democratic, authoritarian states that do not respect the rule of law or basic human rights. As we transition into a post-COVID economic order, Canada needs to review and secure critical needs and the supply chains that meet them.

Rather than rely on China for critical goods, Canada’s strategic interests require us to shift towards partners that align and conform with our rules-based system; partners that value freedom and human rights, and pose no threat to our national security and that of our allies in NATO, the G7, Five Eyes and beyond. This will require Canada to re-evaluate our foreign and trade relations based on security considerations, and to limit trade with unpredictable non-democratic states like China and Russia.

Over the last month, the Taiwanese government has generously donated millions of masks to several governments, and it has entered into cooperation agreements to fight the COVID-19 pandemic with Australia, the United States and the European Union. Taiwan has also donated 500,000 desperately needed surgical masks to Canada.

Taiwan shares many of Canada’s principles and values including democracy and the rule-of-law. The trade and cultural exchanges between Canada and Taiwan are robust. Canada should immediately join Taiwan, the U.S. and Japan in the Global Cooperation and Training Framework (GCTF) to learn from Taiwanese experience on a range of issues, including its remarkable success in addressing and controlling the coronavirus outbreak. Canada, along with its allies, should review its diplomatic policy towards Taiwan to determine whether current policies dating back to the 70s have become obsolete and an obstacle to advancing Canada’s interests and values abroad.

Millions of Hong Kong pro-democracy activists inspired us over the past year when they courageously took to the streets to express their aspiration for freedom and democracy despite the ongoing and escalating threat of arrests and lethal violence by Chinese authorities. The brutality of the Chinese government crackdown on Hong Kong protesters demonstrated the true nature of Chinese Communist policy.

The ruthlessness of Beijing’s authorities in Hong Kong was accompanied by news of an unspeakably cruel ethnic cleansing campaign in China’s Muslim-dominated western province of Xinjiang.

Magnitsky sanctions, which allow Canada’s government to freeze assets and impose visa bans on corrupt officials who engage in human rights abuse, could be applied to Chinese officials who have been found to have engaged in such abuse in Xinjiang, Hong Kong, Tibet, and on those who actively suppressed and falsified information about the COVID-19 outbreak in Wuhan. Those sanctions should be coordinated with our allies in the U.S., U.K., Estonia, Latvia and Lithuania, countries that already have Magnitsky legislation, along with nations like Australia, which will soon be adopting their own version of the legislation.

Canadians citizens Michael Spavor and Michael Kovrig were arbitrarily detained in December 2019 and have been living in solitary confinement in Chinese prisons for over 500 days. Taken hostage by Chinese authorities in retribution for Canada’s detention of Huawei CFO Meng Wanzhou, China has made it clear that doing business with them, has its perils. These Canadian citizens must be returned to Canada.

Throughout the COVID-19 crisis, the Chinese Communist Party’s primary motivation has been to avoid responsibility and accountability by deflecting blame and suppressing criticism of its handling of the crisis. Regrettably, even Canada has remained mostly silent about China’s role. Chinese government propagandists have promoted many conspiracies about the origins of the outbreak. Chinese diplomats even suggested that the virus may have been a product of an American biological weapons program. Such campaigns are a natural progression of China’s broader information warfare and influence operations, which have increasingly gone unchallenged in Canada.

A 2019 report by the all-party National Security and Intelligence Committee of Parliamentarians ominously states: “Canada is the target of significant and sustained foreign interference activities from the [People’s Republic of China] PRC, the Russian Federation and other states. The Committee believes that these states target Canada for a variety of reasons, but all seek to exploit the openness of our society and penetrate our fundamental institutions to meet their objectives. They target ethnocultural communities, seek to corrupt the political process, manipulate the media, and attempt to curate debate on postsecondary campuses. Each of these activities poses a significant risk to the rights and freedoms of Canadians and to the country’s sovereignty: they are a clear threat to the security of Canada.”

This clear threat to Canada’s national security has not been properly addressed or fully acknowledged, despite ample evidence over the past several years. Canada must learn from its allies, including Australia and the U.S., who have successfully implemented legislation to curb foreign influence.

China’s actions during the COVID-19 pandemic should also demonstrate to the Canadian government that it must ban all Huawei 5G technology from its communications infrastructure in order to mitigate any potential vulnerabilities that Chinese intelligence might seek to exploit.

We cannot allow Canada’s critical infrastructure, most of which relies on digital communications, to be exposed to a malign foreign regime that has clearly displayed its readiness to punish any state, corporation, or individual that criticizes or disagrees with it. More reliable and safe alternative technologies exist among Canada’s democratic allies, and should be explored.

Canada must stand together to defend our values and principles: democracy, freedom, human rights and respect for the rule of law. United, we can protect these values and principles from the alliance of malevolent and aggressive regimes that do not share our basic values and actively seek to undermine and subvert our societies, our independence, and our best interests.