Canada has recognized the Rohingya genocide. Now what should come next?

Opinion: In the wake of a UN report detailing atrocities against the Rohingya by Myanmar's authorities, here are the ways Canada can step up in their defence 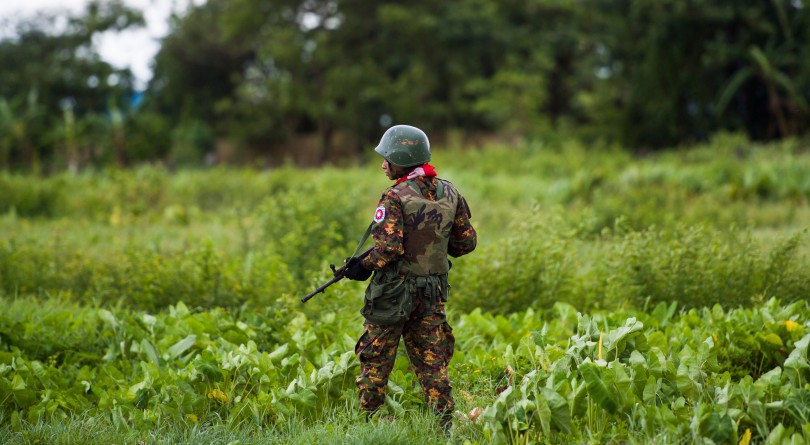 Irwin Cotler is a former minister of justice and attorney general of Canada, professor emeritus of international law at McGill University, and the founding chair of the Raoul Wallenberg Centre for Human Rights. Brandon Silver is the centre’s director of policy and projects.

What we solemnly swore would occur “never again,” has happened yet again. And on Wednesday, Canada formally recognized the nature of it: Genocide, in Myanmar.

The UN fact-finding mission on Myanmar just released its full 440-page report which documents, in great and graphic detail, the genocide of the Rohingya people. It bears witness to brutalities too terrible to be believed, but not too terrible to have happened.

Testimony from those who escaped describe gruesome scenes that shock the conscience and shake the soul. Babies being burned alive in bonfires, children chopped to pieces with swords, the elderly battered and beheaded, women and girls gang-raped—all state-sanctioned and under military command.

What is so unspeakable is not only the horror of the genocide itself, but that this genocide was preventable. No one can say that we did not know; we knew, but we did not act.

Indeed, for close to three decades the UN has been describing and denouncing—though not engaging in any meaningful measures around—the persecution of the Rohingya muslims. As the situation reached a tipping point six years ago, Canadian parliamentarians sought to sound the alarm, holding public hearings, publishing a comprehensive report, participating in press conferences, and petitioning for urgent action.

And what was the response? Silence. An appalling indifference and inaction in the face of such horror and human suffering.

We are now in the midst of an ongoing genocide, and the urgent need for action persists. Taking such action is not only a right, but a requirement.

Indeed, as we mark the historic 70th anniversary year of the UN Convention on Genocide—to which Myanmar and Canada are both signatories—we must recall its legal obligations. In its first article, the Genocide Convention states that “the Contracting Parties confirm that genocide is a crime under international law which they undertake to prevent and to punish.”

While members of the international community did not fulfill their obligations in either regard—leaving innocents to be murdered and maimed, tortured and tormented—it is not too late for the thousands of Rohingya remaining in northern Rakhine State and the other minorities in Kachin and Shan States who are now similarly being targeted with impunity.

Canada is well-placed to help spearhead international action. It has already exercised leadership with the appointment of Bob Rae as special envoy and his important recommendations in that regard, while Foreign Minister Chrystia Freeland has visited the Rohingya refugee camps in Bangladesh and has raised the Rohingya crisis at every opportunity, including at the G7, Asean, Commonwealth, OIC, and the UN Human Rights Council. Importantly, Canada has implemented a comprehensive strategy that includes humanitarian aid and targeted sanctions.

Yet there is still more to be done.

In 2007, Canada instituted hard-hitting sanctions on Myanmar, which contributed at the time to the military junta’s move toward greater openness and democratic reform. That led to the repeal of most of these sanctions in 2012. In light of a backsliding in every one of these measures—and in particular the perpetration of genocide itself—Canada should reintroduce these sanctions, and encourage its allies to do the same.

Any easing of sanctions would need to be tied to clear steps and measurable progress regarding the situation of Rohingya in northern Rakhine and creating the conditions for a safe, dignified, and secure return for those forced into Bangladesh, including an end to violence, the restoration of full citizenship, and the halting of the National Verification Card Process, as well as restoration of property and reparations for damages. In short: there must be a guarantee of a protected return to a protected homeland.

As well, we reiterate our call—and that of the Rohingya community and Canadian civil society—to revoke Canada’s highest honour that was bestowed upon Myanmar’s State Counsellor, Aung San Suu Kyi.

Myanmar’s civilian government has aided and abetted the military’s genocide, with Suu Kyi participating in the hateful incitement against Rohingya, and providing protective cover and support for the continued commission of crimes. She’s denied the atrocities, restricted access to international monitors and investigators, weaponized the denial of humanitarian aid and, when two Reuters journalists who were reporting on the killings of Rohingya were unjustly imprisoned last week, she defended it as being part of a proper process.

That process was a sham. Her actions bring shame.

Aung San Suu Kyi’s honorary Canadian citizenship is a standing affront to the raison d’etre of conferring this privilege, and an embarrassment to the pantheon of heroes that comprise it. In contrast to actual citizenship—which has attendant rights and privileges—this was solely an honorific bestowed by a motion in Parliament, and so parliamentarians should be allowed to vote their conscience on a motion to revoke it.

Canada must also work to deter the Myanmar authorities and send clear signals that they cannot act with impunity, and will be held accountable for their crimes. While it is encouraging that the International Criminal Court (ICC) has just announced a preliminary examination into the situation—a process that many Canadians and Canadian institutions had significantly contributed to, and one that Canada should support through financial and investigative resources—it is ultimately highly limited in its jurisdiction, focusing primarily on the forced deportations of Rohingya to Bangladesh.

Accordingly, Canada may wish to mobilize its allies in pushing for a referral of the situation by the UN Security Council to the ICC; a veto from China is not a given, and such a resolution would be a worthwhile endeavour nonetheless. If it’s successful, it would give the ICC broader jurisdiction over the genocide and crimes against humanity that have been perpetrated by individuals in Myanmar. However, with the Court’s woefully inadequate resources—further spread thin over the examination, investigation, or prosecution of a number of different alleged crimes around the world—such a mandate may not prove practical given the urgency of deterrence and accountability around the ongoing crimes.

A more compelling alternative, as put forth by the UN fact-finding mission, would be the establishment of an ad-hoc international tribunal—as was done in the cases of the former Yugoslavia and Rwanda—that would exclusively and expeditiously undertake the task of investigating and prosecuting the perpetrators of the Rohingya genocide.

Regardless of the individual accountability mechanism, Canada should act on its earlier commitment in response to Rae’s recommendation to spearhead a resolution at the UN General Assembly or Human Rights Council that would establish an international, impartial, and independent mechanism that immediately begins compiling evidence toward the investigation and prosecution of those individuals responsible, signalling to perpetrators in Myanmar that they are being watched, and that they will face punishment for their actions.

However, the most important chance for change from the status quo—of imperilled victims, and impunity for oppressors—is contained in the UN Convention on Genocide. Specifically, it allows for Canada to refer the case of Myanmar’s responsibility for the genocide of the Rohingya to the International Court of Justice. Given that the genocide was prepared and perpetrated by Myanmar as a matter of state principle and policy, state responsibility under the Convention—as distinct from the accountability of individuals offered by other mechanisms—is a most apparent and appropriate path.

Some in the international community may respond that such bold measures will get in the way of effective engagement with Myanmar’s authorities. But if inaction—or ineffective action—is the cost of engagement, then the consequence of that engagement is tantamount to appeasement. In the face of genocide, appeasement should never be an option.

We look to the Canadian government to further intensify and internationalize its commendable leadership, and that its response to the UN Report be commensurate with the gravity of the crimes.

As the members of the UN mission put it: “The international community has failed. Let us now resolve not to fail the people of Myanmar again.”